Remembering the Godfather of Indian cinema: how Satyajit Ray changed the course of filmmaking 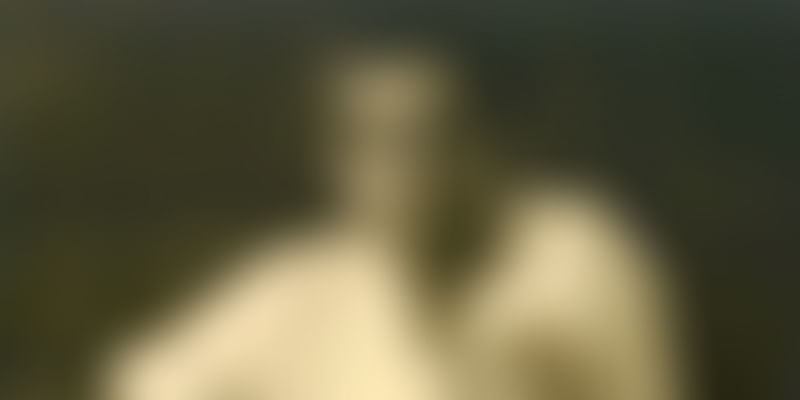 Salman Rushdie once observed: “Ray has invariably preferred the intimate story to the grand epic, and is the poet par excellence of the human-scale, life-sized comedy or tragedy of ordinary men and women, journeying, as we all journey, down little, but unforgettable roads.”

When I was a little girl, my grandmother would tell me stories of a little boy named Apu, his sister Durga, and how their famine-stricken family managed to locate the sun in an otherwise gloomy and poor colonial Bengal. While my seven-year-old brain couldn’t quite comprehend the social and economic connotations of this story (the story is set at the height of the British Raj), I do remember relating to the mischievous antics of Apu and Durga as they ran along the tracks, pulled tricks on cranky post-masters, and managed to find a reason to feel happy no matter the number of times they went to bed hungry.

And that is the mastery of Satyajit Ray. Be it the innocence of Pather Panchali or the loss of it in Aparajito and Apur Sansar, Ray’s films can affect any and every individual, who manage to take back completely different life-lessons from his films.

As Sharmila Tagore in her tribute to Ray said, “Is it not incredible that 60 years after he made his first film, and 23 years after his death, his work continue to be a part of our discourse and consciousness, seen and admired in so many countries and across so many cultures? It is a tribute, not only to the artistic merit of his films, but to what has been called the ‘essential humanism’ of Ray – which has lived on through time and space.”

Ray hailed from a family of rich cultural heritage. His grandfather, Upendra Kishore Raychoudhary, was a famous artist, musician, and publisher whose name is painted on the walls of literary history. His father, Sukumar Ray, was a critically acclaimed poet whose series, Aabol Taabol, is still recited in Bengali households today. When Ray graduated from Presidency College, Kolkata he forayed into the open-aired university in nearby Shantiniketan. It was here that he realised his talents for writing, graphic-designing, and most notably, his interest in neorealist film.

Ray’s entry into the world of film direction may have begun with Panther Panchali, but this was just the beginning of a cinematic legacy he would forge, one that is the foundation of any film studies course even today. His films weren’t just lauded in India, but they have also received much critical acclaim overseas. His work may have been culture-specific, but it managed to transcend beyond language and socio-cultural barriers to affect international audiences.

Acclaimed filmmaker Martin Scorsese once said: “Ray’s magic, the simple poetry of his images and their emotional impact will always stay with me.”

But why are his films so unanimously extolled? What is it about his cinematic vision which changed the way Indian films began to be perceived, both within and outside the country?

It is a known fact in the Indian film industry that Ray was nothing if not meticulous to the core. There were times when he would stall shooting for a few days to get the kind of angle, mood, and lighting that he thought would best suit a particular scene. He was also known to sketch out his sets before having them built, as a demo to what he thought they should look like. He even composed the scores for his own films. Owing to his family heritage, Ray had been exposed to a confluence of Eastern and Western classical music at home, which he later used effectively in his film-making.

Ray was known to take on a multitude of tasks and singlehandedly deliver perfectly on them. After the release of Nayak, he began to do screenplays, camera operations, set-design, wardrobe, title credits, publicity posts, and more, solo. Actors who worked with him all stated that Ray worked as part-director and part-acting coach, going over scenes enough times to his satisfaction and sometimes even acting as the make-up man for them. This not only made him familiarise his work with his actors, but allowed them to understand first-hand what exactly he was looking for from them.

According to British Film Academy Director Roger Manvell, “In the restrained style he has adopted, Ray has become a master of technique. He takes his timing from the nature of the people and their environment; his camera is the intent, unobtrusive observer of reactions; his editing the discreet, economical transition from one value to the next.”

Making do with the basics

Ray made his films at a time when technology had not progressed to even half its potential today. At the same time, it was difficult for him to procure the funds required to make his films with the finesse he so wished. However, Ray always had a way to make do with the bare minimum, and in one case of constant improvisation, he created bounce lighting, which has since become an indelible part of filmmaking.

What also set Ray’s films a score above the others is the fact that he never took a religious or political stand in any of the stories. Instead, he chose to simply showcase the reality of the times through his cinema, be it the devastating climate of a post-famine colonial Bengal in Panther Panchali or the fervour of misguided nationalism that served as the background of Ghare Baire.

As he had once observed, “For a popular medium, the best kind of inspiration should derive from life and have its roots in it. No amount of technical polish can make up for artificiality of the theme and the dishonesty of treatment.”

Were he alive today, the legend would be turning 96 and possibly fretting about his next film through the day. While the new age of successful contemporary directors like Dibakar Banerjee, Sujit Sircar, and Sujoy Ghosh have definitely taken a few leaves out of Ray’s exemplary work, there is and always be only one real Godfather of Indian cinema.