Sindoor or sanitary napkin–what does GST Council view as more indispensable to women? 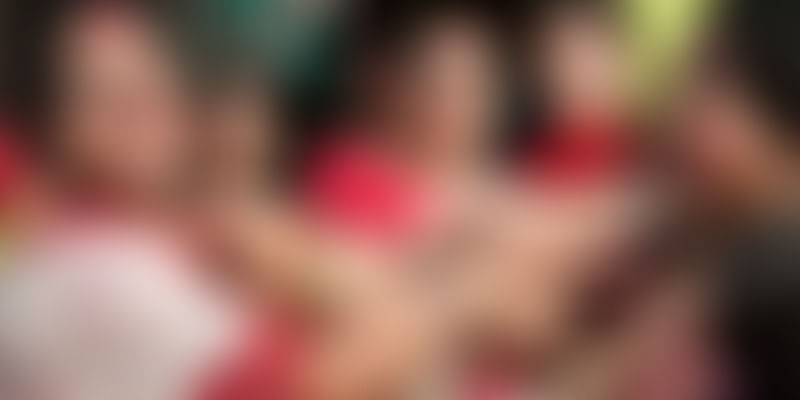 A quick skim through the GST tax brackets that have been applied to feminine products of everyday use, and you can’t help but infer that the government is trying to promote a certain image of the ideal Indian woman – and has picked out her weapons of choice for her.

During the formulation of GST, it was declared that items of national importance, which are indispensable to a household, would be exempt from taxes. Sindoor and sanitary products used during menstruation were two of the myriad items up for consideration.

One of them is a fundamental right of every woman, vital to a dignified survival. The other is an optional accessory.

But, the government had a Steve Harvey moment and mixed up the envelopes. It heralded sindoor as the first and made it tax-free. And turning a deaf ear to the pleas of over 11 million revolting women, treated sanitary napkins as the second, and granted it a spot not even on the first but the second tax slab, that is, 12 percent.

The subtext is clear.

Let's proudly trumpet the branding of a woman post marriage – by making kumkum, bindi, sindoor, alta, and bangles accessible to all. Let’s hold up the pious, typecast image of an Indian woman so that every woman can afford to smear that crimson on her head; in actuality, looking like a bleeding, fallen animal. For when she actually bleeds in this country, let's scramble into denial about this excruciatingly beautiful phenomenon that is the cornerstone of humanity itself.

Let's pretend it does not exist.

Let's pretend that 88 percent of the girls in India do not use unsanitary cloth, dry leaves, newspapers, sand, and plastic during menstruation.

Let’s pretend that most little girls in villages do not miss five days of school monthly, or that 23 percent drop out altogether when they reach menarche because they have very poor means of maintaining hygiene during menstruation.

Let’s pretend that menstruation is a woman’s burden, and absolve ourselves of all responsibilities as a government of providing a respectable life to all its citizens.

Condoms have also been made tax-free. Because sexual intercourse is an uncontrollable biological condition, isn’t it? Therefore, it is the government’s duty to promote safe sex and hence, protect its citizens’ right to life. But the #LahuKaLagaan continues, because, apparently, menstruation and the power of procreation, even as we continue to not get support during the former and credit for the latter–is a choice we make, month after month. So, the government can opt to not feel accountable towards millions of girls, who also need protection from severe UTIs because they cannot afford basic hygiene products.

The tax levied on sanitary napkins can vary from 12 to 14.5 percent, from state to state. For example, Rajasthan taxes them at 14.5 percent, Chhattisgarh at 14 percent, Punjab at 13 percent and Arunachal Pradesh at 12.5 percent. Startling revelations have come to the fore that out of the women who do not use pads or tampons, 80 percent do so because of the high cost attached to it.

This also perhaps throws open another chasmal conversation–the need for not only a repeal of taxes, but also subsidies and grants, the benefits of which can be transferred to the end user. While a government scheme was instated in June 2010 to provide highly subsidised sanitary pads to adolescent girls in 150 districts (and there are other for-profit as well as not-for-profit pad manufacturing organisations that provide pads at highly discounted rates), the stats clearly indicate that their impact has not been far reaching, and a lot of work needs to be done in the area. The private sector, local manufacturers, and organisations, aided financially by the government, can cover the ground that the government has failed to.

The private sector, local manufacturers, and organisations, aided financially by the government, can cover the ground that the government has failed to.

With regards to that, though, Sushmita Dev, the Congress MP, who leads the charge in abolishing taxes on menstrual hygiene products, was reportedly asked by Finance Minister Arun Jaitley, “Have you considered the burden of it on the exchequer?”

But letting go of tax revenue from ‘pooja’ products, that is, the various materials that go into organising religious sermons, ceremonies, and rituals—a whopping $30 billion market in India—didn't seem to burden the exchequer all that much. These items find themselves in the exempted tab as well.

The right to flaunt your religiousness is higher above the right to sport good genital health.

There are states that are breaking away from the norm–the Delhi government recently slashed the tax rate from 12.5 to 5 per cent, on packs costing more than Rs 20, while the Kerala Chief Minister announced a Rs 30 crore project of distributing sanitary napkins to girls in schools all over Kerala.

But, on the other hand, the Centre shoves sanitary napkins, yet again, into a category that also houses items such as sports goods, toys, artefacts, collector’s items, proving menstrual hygiene products are still perhaps viewed as a novelty item, something used towards luxurious ends, rather than survival.

What will it take for the other shoe to drop, for the government to understand that menstrual supplies are what make a woman's existence honourable, rather than kumkum, bindi, sindoor, alta, and bangles?