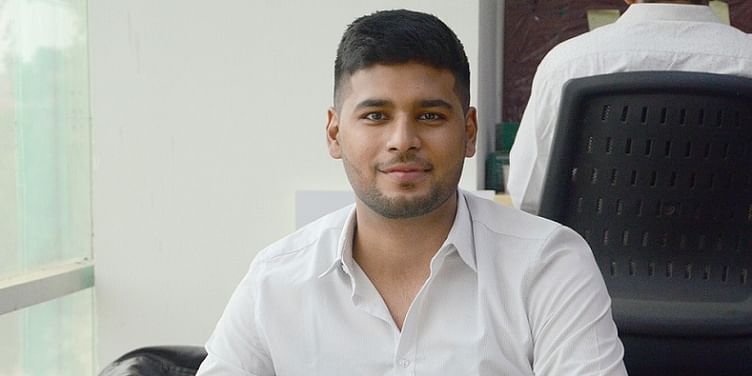 Delhi-based Vahdam Teas targets the world market, by shipping out tea leaves as close to the time as they have been harvested. The US provides more than half of this funded startup's revenues.

A Chinese proverb goes, 'Better three days without food, than one without tea.'

Centuries after its discovery, tea continues to be the primary beverage held close to the heart by many in India and across the world.

It was this obsession with the beverage that brought Delhi boy Bala Sarda (25) to the tea business in 2015. In two years, he brewed a story of success with ‘Vahdam Teas’, a 100 percent online tea brand.

Bala is a fourth-generation entrepreneur. His family has been running tea business as bulk exporters for decades, with showrooms across Darjeeling. After graduation at College of Business Studies, he had gone to Darjeeling for two months. “I researched on the tea industry there. That’s when I wanted to join my 45-year-old family business on tea,” he recollects. Interestingly, the name ‘Vahdam’ is the reverse anagram of Bala’s father’s name- Madhav, whom Bala considers his greatest inspiration.

Vahdam Teas work with about 175 tea plantations and small growers across all seven tea-growing regions in India – Darjeeling, Assam, the Nilgiris, Arunachal Pradesh, Himachal Pradesh, Sikkim, and Bihar, as well as in Nepal. They have already shipped over 20 million cups of tea to 76 countries in two years.

According to Bala, Vahdam Teas aspires to always give real freshness in every cup consumed by a customer. He says that some tea companies pack three-year-old tea and put the latest date of packing on the cover so that it seems fresh to the customer.

“The taste you get at the tea estate and what you get a year after the harvest is very different. Between the harvest and a consumer having it in America is a gap of minimum 12 months,” he explains. They waste no time in getting fresh tea to their customers, by procuring the leaves directly from tea growers within 24-72 hours of production.

The tea sourced from these regions is flown to the company's Delhi warehouse, where it is flavoured and blended. They immediately vacuum package these teas and then put them online. As soon as an order is placed, it is shipped directly. Average delivery time to the US is four working days since despatch. It is a maximum of six days to Europe, North America, and South Asia. Vahdam Teas partners with FedEx, DHL etc.

Bala believes that since tea market is worth $60 billion, if Vahdam Teas can capture one percent in the next eight years, they will be a huge company.

On an average, they receive 7,000-8,000 orders monthly. Their top markets are the US—contributing to more than half the revenue share—followed by Europe (30 percent), and Russia, China, Taiwan, UK, and South Korea.

India provides a mere five percent of their revenue, but the country has never been the company's focus. “Even if we grow 50x, India will still be five percent since we are targeting the market abroad,” Bala adds.

Vahdam Teas claims to have seen 5x growth in revenue in the last six months. “This is a high margin business. We get more than 50 percent margin. With zero cash burn, we broke even in two months, and are profitable now. Our return rate is less than .04 percent,” Bala adds.

Investment was essential because they were running out of stock as per demand. “We had to invest in inventory. We want to ensure freshness even 8-9 months after harvest. That demands oxygen absorbers, packaging material etc,” Bala says.

Vahdam Teas will also start investing in marketing now. In India, delivery charge is Rs 500. In America shipping is free as it comes for a minimum slab of $50. “Every four months 45 percent of our customers are coming back,” Bala says.

Building an overseas network comes with its own challenges. For instance, shipping of food items is governed by strict laws. “As an e-commerce company, we don’t have an importer. We are a non-resident importer company in all these countries,” says Bala.

Gaining customers’ trust is another challenge. “They are ordering on a website based in India, and expect it to be delivered in five days,” Bala points out. Also, delivering from Delhi to New York costs a small fortune.

Bala says, “We are trying to cut it down with our warehouses, which can happen only with certain volume. We are moving towards that scale. We will open a warehouse in New York near FedEx hub itself in four months.”

Tea being a seasonal crop, there are certain risks in the business. For instance, ‘Spring tea’ has to be bought and stored for three months before shipping out, till the end of the year. But Bala is hopeful that brands from outside India, including UniLever, willsee Vahdam Teas as a strategic partner. “We have presence at source - which they don’t. They get tea six months after harvest through too many middlemen. We give them tea as soon as it is harvested,” he says.

Bala’s vision is to make Vahdam Teas a ‘Make in India’ brand for the world market. “India is one of the largest producers and exporters of tea in the world. Yet we are exporting in bulk with single-digit margin under other brands, which will pack it under their name and make great margins,” he says.

This year, Vahdam Teas is planning wholesale business with hotels, restaurants and cafés abroad. Since tea bag forms 90 percent of the market, Vahdam Teas will also extend their range from loose leaf teas to single serves by July. Vahdam Teas’ average price on marketplaces is $25, and $75 on its own website.

“Very few people order tea for $50 together. We want to target the market for $15. We had 60,000 customers over the last two years. This year we are targeting 2,50,000 customers. With Series A, which we plan to raise by July, we can move towards a million customers,” Bala adds.

Indian startup Teabox, which follows a similar model, was set up at almost the same time as Vahdam Teas. But the market is so huge that 4-5 people can exist in the long run. For tea connoisseurs, there has never been more choice to get a cup of the hot beverage.