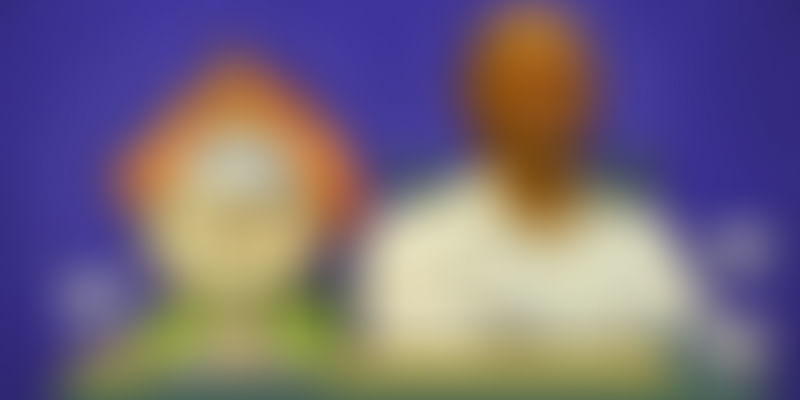 Vaibhav Kumaresh is the man behind Simpoo Singh, the famous 30-second cartoon series featured on Channel V, which tickled millions of Indians. Almost two decades later, Vaibhav is as enthused about animation and storytelling, as he was in his early days.

When Vaibhav Kumaresh was doodling the face of his teacher in class, little did he know that one day he’ll be known for that character, Simpoo Singh. Over the last two decades, he has contributed to some of arguably India’s favourite animated content in the field of TV commercials and channel promos. Whether it’s the Amaron Battery ad campaign, or Chulbuli for Clinic Plus, or the Vodafone Zumis, Vaibhav’s work has been bang on.

Recently, he shared his journey of evolution as an animation filmmaker, doling out advice to other aspiring filmmakers.

You may also like - The artist who calls his work trash: Faisal Mohammed and his Garbage Bin Studios

If one wishes to become an animation filmmaker, Vaibhav believes one must start doodling at once. He had started doodling in his school days and filled notebooks with the sketches of his teachers and other characters around him.

He believes that the most important skill to possess for animation films is storytelling. And everyone has one's own unique style of storytelling. It’s very important to retain that and test it out with the people around you. He says,

Everyone doesn’t like the same colour; similarly, people have different choices in terms of animation films as well.

Vaibhav studied Fine Arts in Mysuru and then joined Famous Studios where he brought Simpoo Singh to life. Though Vaibhav started with hand-drawn animations, today he uses clay animation and digital 3D animation techniques as well.

But what happens when you hit a creativity roadblock? Vaibhav says, "If you’re stuck anytime, doodle even more. You’ll find what you’re looking for.”

He believes that once you’ve got an idea, it’s important to let your style flow. He says,

Sketching is the best way to practice. It strengthens your inner filter and gives uniqueness to your work.

When Vaibhav started Vaibhav Studios in 2003, it was the toughest yet the happiest moment of his life. Apart from several commercial projects, Vaibhav pursues projects purely based on his interest as well. His upcoming maiden feature film titled Return of the Jungle is one such work.

Animation film making requires the combination of creativity and discipline. Vaibhav doesn’t think that getting disciplined people in the industry is tough. He says,

In a professional setup, you always have deadlines which instill self-imposed discipline in the people. You need to channelise the creativity into a logical flow and then work hard to let your creative juices play.

According to Vaibhav, people who do not have disciple in the animation industry will perish in no time. But more than the discipline of deadlines, the film makers need to be careful about work-life balance as they can otherwise go on working for days without giving time to family and personal commitments.

Also read - Inside the jungles of ‘The Jungle Book’

We can draw some parallels to the early days of Indian IT industry, where a lot of time and resources were invested to work on the outsourced work, but beyond a point it is imperative to build our own products and make it a global success.

“With Mahabharata, Amar Chitra Katha and others, we have seen that a story can be told in a multiple ways, each of which is unique yet keeps the essence in place.” Animation films, too, are all about the same uniqueness. He adds, “The variety in Bollywood has shown the appetite to consume different types of content in India. With the talented folks in the industry, we will see animation film making going more mainstream in future.”

With his long list of work in progress including a feature film and the famous Lamput animation for Cartoon Network, Vaibhav is all set for many more decades of animation and to pushing the boundaries of creativity further.