With $12.3M from Sequoia and others, MoneyTap is building credit lines worth Rs 300cr 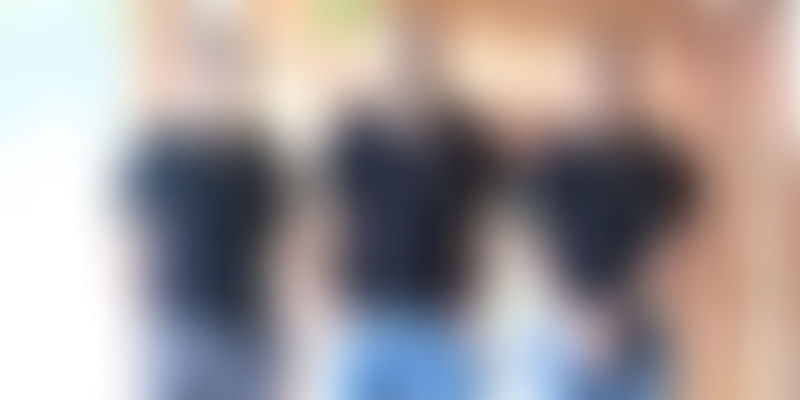 With a niche product like an app-based credit line and now $12.3 million from Sequoia, NEA, and Prime Venture Partners, what has MoneyTap packed in to reach its vision of a Rs 300-crore loan book this year?

Although the second-largest smartphone market in the world, India was still just beginning to warm up to digital payments, making the idea of a credit line a bold one.

Validating the founders' vision, however, on Wednesday, Sequoia India along with existing investors NEA and Prime Venture Partners announced investing $12.3 million in the app-based credit line.

Kunal and Bala explain that these are interlinking plays rather than three separate business functions.

The company doesn’t have an offline sales team and relies completely on digital means to onboard and target customers. By strengthening R&D and data science capabilities, the company can perform better customer selections to target newer income brackets.

At present, the firm is serving customers in an average monthly salary bracket of Rs 30,000–50,000. However, with renewed capabilities and intelligent dynamic algorithms, MoneyTap looks at lending to individuals with an average income of even Rs 15,000.

This, in turn, will charter a new expansion route for the company to issue credit lines.

Adding up to numbers

Due to a confidentiality clause with RBL Bank, the founders don’t state the number of credit lines issued or their loan book size.

This is interesting to note since the app-based credit line doesn’t deploy its own capital, but acts as a consumer technology play and lead generator for the bank.

However, after six months of working, the founders state that the average credit line issued by the app is close to Rs 80,000. This is dependent on a customer’s risk profile, with the upper limit of the line shooting close to Rs 5 lakh.

The app also has close to 3,00,000 registered users within six months of launch.However, this number isn't indicative of customers who hold a credit line, since the rejection rate from the pool of applicants can be as high as 80 -90 percent, owing to the strict checks done by the app algorithms.

Further, MoneyTap also claims that almost 90 percent of its customers who have been issued credit lines are active, drawing credit multiple times through the app.

Additionally, the average lending size taken by a borrower falls in the bracket of Rs 30,000–35,000, with the average age of the customer being 28–30 years.

The company has a presence across 14 cities, with a majority of their audiences coming from the top six metros including Delhi-NCR, Bengaluru, Mumbai, and Chennai.

The other towns and cities include Jaipur, Vadodara, Ghaziabad, and Faridabad.

Just last month, the firm announced the decision to issue credit lines even to self-employed professionals. Kunal states that this particular category is aggressively growing and currently stands between five and 10 percent of the entire audience base.

MoneyTap also claims to have its non-performing assets well within the one percent mark.

Bala is quite confident about the trajectory the company will take in the future.

Fuelling his vision, he aims to solidify his position by issuing credit lines worth Rs 300 crore, through six other banking partners, across 50 cities in India, by the end of this fiscal year.

When asked about plans of diversifying the business, Bala remarks, “It’s all about focus.”

While not divulging much, Bala states that for this year, the business will focus on going deeper and identifying more social segments for issuing credit to creditworthy customers.

This will be achieved through two strong focus areas—onboarding more financial institutions to lend and successful delivery of these credit lines. The company doesn’t mention any of the revenue indicators it is planning to chase over the course of this fiscal.

However, the banks pay MoneyTap based on the portfolio of credit it maintains through its customers. The app works on commissions—when a credit line is set up for a customer or when a customer repays credit.

But what makes a niche product like this one appealing to investors?

“Consumer credit in India is highly underpenetrated and is a complex problem to solve. MoneyTap’s experienced team and thoughtfully designed product coupled with early traction is a testament to the efficacy of their approach to addressing this massive market opportunity.”

“MoneyTap is using the power of technology to provide a seamless lending experience to what is currently a largely broken discovery process with long execution timelines for consumers. Also, MoneyTap works with banks and NBFCs instead of competing with them, therefore getting access to large amounts of lending capital while managing the consumer journey throughout the lending lifecycle.”

Although considered a niche category, there are a couple of major players like PhonePe and InCred Finance which are planning to enter the credit-line business.

Then there are the ‘payday loan’ players like EarlySalary and Pune-based Kadki that provide short-term loans to customers. However, they are not as convenient as a credit line which can be used anytime, anywhere.