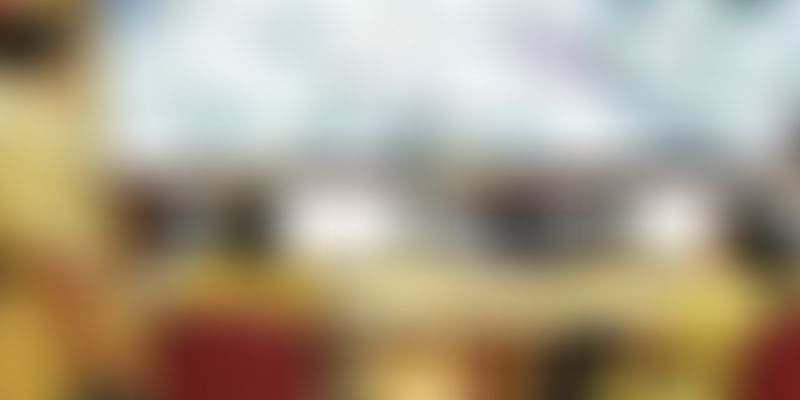 ‘Namma 100’ was launched on June 10, 2017, by the Karnataka Chief Minister Siddaramaiah. This service is a re-christened and upgraded emergency response service ‘Dial 100’ of Bengaluru police.

This service will soon become the single point of contact for all citizens. According to IANS, after the launch of ‘Namma 100’ at the Police Command Centre, Siddaramaiah said,

The police department should focus on utilisation of latest technology to reach people in emergency. The state government is ready to allocate funds for this purpose. Similar helplines will be launched in the districts in the near future.

According to The Hindu, Bengaluru Police Commissioner Praveen Sood said that the police control room would be integrated with other helplines, such as elders’ helpline, women’s helpline and children’s helpline, and other emergency numbers, such as fire and ambulance.

This service aims to be the go-to telephone number for all emergency services, much like 999 in Britain and 911 in the United States of America. ‘Namma 100’ also intends to cater to the people that seek help on social media.

The response time to the distressed call is expected to reduce to two seconds from the earlier six seconds. It will also reduce the overall time to address a complaint by ensuring quick arrival of police patrol cars to the crime spots. The control room staff will ensure that the call is responded to in two seconds and the nearest Hoysala patrol car is alerted within another thirty seconds to reach the spot.

The exact location of the caller will be traced easily by the staff with the help of an enhanced Global Positioning System (GPS) and assisted real-time technology with the help of the telecom department.

There are additional features in ‘Namma 100’, where one can dial 100 and then press one for police, two for traffic, and three for enquiry and appointments. As per IANS, Police Commissioner Praveen said,

Call response will be in 15 seconds and Hoysala intervention in less than 15 minutes.