Despite a drop from 1.25cr in 2001 to 42 lakh today, child labour count still highest in India 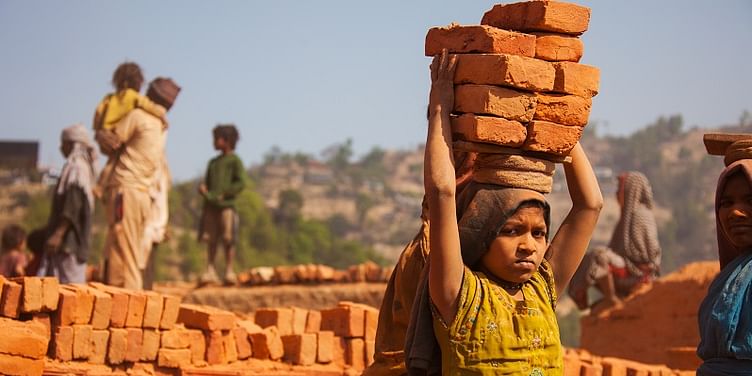 A day after World Day Against Child Labour, let us examine why India is the biggest offender in this regard.

Although India is expected to be the world’s youngest country by 2020, the problem of child labour is one that refuses to go away. With 31 million children employed in hazardous environments, forced labour, drug trafficking, and prostitution, India exposes its new generation to the worst evils.

Apart from this staggering reality, the country is home to the highest number of children stunted due to malnutrition. At 48.2 million, the number of children who suffer from undernutrition is equivalent to the entire population of Colombia!

Globally, 215 million children work as child labourers. While this is a staggering number, the forces that are together contributing to this grave problem aren’t exactly novel.

According to a report released by the World Bank in May 2016, one in every five Indians is poor. Over 80 percent of the population that is termed poor is from the rural parts of the country. Their main forms of employment, which are usually termed ‘self’ or ‘casual’ employment, include farming and daily-wage work, encouraging early employment. While many causes contribute to the financial status of the families, illiteracy tops the list. With over 45 percent of them being illiterate and only 25 percent of them clearing primary school, India was termed a 'lower-middle-income country’, demoting it from its previous status of a 'developing' country. On today’s date, India ranks 116 among the 172 countries which work towards better lives for marginalised and deprived children globally.

Omran Daqneesh, a five-year-old Syrian child who was injured in an airstrike in Aleppo in August 2016, took the internet by storm regarding the conflicts faced by one part of the world. According to a report by the United Nations, globally, over 1.5 billion people live in countries that are affected by conflict, violence, and fragility. At the same time, around 200 million people are affected by disasters every year. A third of them are children. A significant proportion of the 168 million children engaged in child labour live in areas affected by conflict and disaster.

These incidents leave behind a long-lasting emotional and mental impact. These incidents not only suppress, injure, and damage livelihoods but also lead to a violation of their human rights. In most cases, the younger generation is at the receiving end. This also leads to many families being displaced or migrating to neighbouring countries as refugees. Ultimately, millions of children are pushed into child labour by conflicts and disasters. Violence against children is at epidemic proportions and failure to prevent it is akin to condoning it.

In an interview with IANS, Kailash Satyarthi, the 63-year-old who was awarded the Nobel Peace Prize in 2014 for his work as an Indian children's rights and education advocate and an activist against child labour, said,

The number of child workers in India has fallen considerably but incidents of sexual violence against children has gone up. The problems cannot be just left to the government to resolve and the young will have to use social media to spread awareness about the suffering of bonded children. Almost half of them are victims of the worst form of child labour. They are in a very dangerous situation. About five million of them are slaves who do not have any kind of freedom.

He underlined the strong connection between child labour and joblessness among adults around the world.

About 160 million children were engaged in work about 210 million adults were without work. Most of these jobless are the very parents of the child labourers. That is the irony.

India outlawed child marriage in 1929 but it still continues to haunt the country, with several backward communities pushing their daughters into early marriages. According to the annual census of India, the country has seen a drop from 43.1% in 1981 to 3.7% in 2011. Jharkhand accounts for the highest child marriages in India, while Kerala has observed a steep increase in this number.

The Prohibition of Child Marriage Act, 2006 reads that for any marriage to be solemnised, a male has to be 21 years of age and a female has to be 18 years of age. While early marriages involve forcing a girl into motherhood before she is physically and mentally ready, they also mean that these children get little or no education, thereby leading to fewer economic opportunities.

Why does World Day Against Child Labour matter to us?

The International Labour Organisation (ILO), which deals with labour standards, social protection, and work opportunities for all, launched World Day Against Child Labour in 2002. Every year on June 12, there is a renewed focus on the global impact of child labour and the action and efforts needed to eliminate it. Over the last four years, the international organisation has been closely working towards the abolition of child labour.

According to the 17 Sustainable Development Goals initiated by the United Nations to transform the world, elimination of the worst forms of child labour, including recruitment and use of child soldiers, is of the highest priority.

This June 12 was also special, as it is expected that the ILO convention 182 which concerns Prohibition and Immediate Action for the Elimination of the Worst Forms of Child Labour is expected to be ratified by Government of India.

India has already conveyed its dissent with a Global March led by Kailash Satyarthi and his organisation Bachpan Bachao Andolan along with his partners, in 1993. The march that took place with the participation of more than 2,000 delegates included labour ministers from 150 countries and 600 children. The march ended in Geneva in 1998 after covering 80,000 km. Over seven million people expressed solidarity for the cause and many world leaders express their support.

Due to the same, ILO agreed to adopt an international legislation on the worst forms of child labour, popularly known as Convention 182. Joining this brigade, one of the recent initiatives to end violence against children by the World Vision saw Liam Cunningham, an actor from popular TV series Game of Thrones, urge the public to help end violence against children after his experience with Syrian refugees.

While these initiatives have brought the issue to the forefront, what still demands an answer is the shattered dreams of those millions of children and what we, yes you and I, can do to build an equal and fortunate world.