Conversations with Anu Acharya, the poetry lover and entrepreneur in the field of genetics 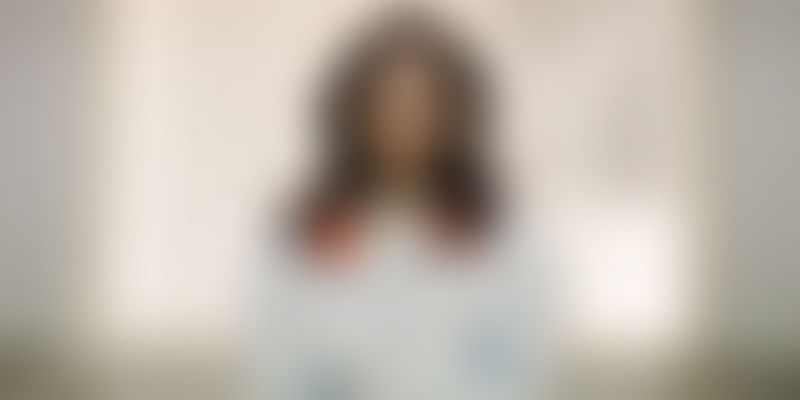 At Conversations at YourStory, Anu Acharya chatted with one and all on her views on genetics, life, and entrepreneurship.

For the past four months now, Conversations at YourStory has been initiating weekly live chats with leading entrepreneurs, investors, and technologists. Some of the key people who have been a part of the initiative include Girish Mathrubootham, Mukesh Bansal, Shashank ND, and Ankur Singla.

The conversations have generally been centred on investments, funding, growth, company scale, and customer acquisitions, and today's conversation with Anu Acharya, Founder and CEO, Mapmygenome, was in much the same vein.

However, apart from discussing the industry, genetic science, and what Mapmygenome does, Anu was also open to talking about poetry, books, and IIT KGP.

The love for adventure sport and entrepreneurship

Anu’s second venture, Mapmygenome was started in 2013. Her entrepreneurial journey had begun 17 years prior, in 2000, when she got back to Hyderabad from Chicago. She founded a company, called Ocimum Bio Solutions, which helps scientist do their research.

So, on being asked about what got her into the world of entrepreneurship, Anu said,

“My love for adventure sports probably explains my genetic affinity towards a high-risk sport like entrepreneurship. While no one pushed me off the cliff of jobs, my conscience probably nudged me. It has been a while and I love it in the entrepreneurship valley.”

With Mapmygenome, Anu aims to ensure that people are aware of their genetic makeup and work towards preventing diseases. She has always considered genetics a fascinating subject. However, India doesn’t have the same access as the West. The data available on Indian genomes is limited.

When asked where she sees Mapmygenome in 10 years, the poetry, literature, photography, music, and fitness enthusiast said she sees it as a household name with a revenue of over $1 billion.

Mapmygenome is essentially a genomics company that helps individuals and physicians understand how genetics helps impacts health, traits, responses to medications, and behaviour. Elaborating on what they do, Anu said there are two main kinds of analysis:

“The way a Genomepatri is done is a kit is mailed to you with instructions on how to send us your sample. Once we get it, we perform several lab steps and then analyse your data. This part is done with no family history, etc. This report will give you information on your traits like caffeine consumption, cholesterol, and more,” she said.

The second part gives you information on disease predisposition, the third on inherited conditions, and finally on drug response. Once you get the report, the team can immediately schedule a counselling session with their board- certified counsellors to correlate it with your family history and lifestyle. Then a personalised secondary report is sent to you.

Anu said this helps understand your family history and disease predisposition better and give you specific action items that you can follow, including diet, lifestyle, and screening tests.

Mapmygenome, being both a B2C and B2B company, also has molecular diagnostics kits that specialise in tuberculosis and will be working on dengue as well. Anu added that there is a division in the organisation that works on infectious diseases.

Since the products were relatively new in India, one challenging aspect was onboarding the right sales team. From ones who weren’t able to spell Genomepatri to those who didn't understand what the product does, the team had its work cut out in getting the right people. However, today, the biggest challenge continues to be awareness for the consumer and the physician.

“Over the past four years, we have seen a massive increase in the awareness levels, so we have to keep doing what we do at a faster pace. The good thing is that while genomics is expensive, the costs are only coming down—fairly rapidly. So the day is not far when every Indian can afford to do a genome test, possibly even the whole genome sequence, which today is at Rs 1.2 lakh. Genomepatri is now often available at Rs 9,999 compared to Rs 25,000 just four years ago.”

When we asked Anu how the world of genetics in India has changed, she said,

“Oh! Where can I start? The biggest change is that technically we can run a whole genome in a few hours compared to the years and the money it took. It cost $200 million for the first human genome to be sequenced in a very long time. Today we can do it for you. The analysis has also improved a lot as databases are now so much richer in annotations. A lot more studies and so many papers. Thanks to AI and computing power, we can analyse all this so much faster, better, and cheaper.”

Over the past few years, Mapmygenome has got recognition from players like WSJ, Red Herring Global, and Fortune Healthcare.

A world of sci-fi?

Genetic testing is fast growing, and not only in global markets. Of these, the newborn and prenatal genetic testing market is believed to touch a CAGR of 31.91 percent. Some of the companies that are into genetic testing include the US-based 23andMe, Igenomix, which also has a subsidiary in India, and Positive Bioscience, among others.

Anu believes that in future, you will need not just genomics but also other data points like the microbiome. So no, genomic diagnostics won't go away but will become the foundation for greater things.

“The good thing is that bioinformatics has a lot of physicists as the mathematics is complex and thereby intriguing. About five years ago, having been in the genomics field, I thought that the Indian population was underrepresented in the genomic databases worldwide and wanted to change that equation. By now this interesting challenge of genomics had become part of my life and I am obsessed with making a difference in this field,” Anu said.

Elon Musk believes humans will become multi-planetary species—will genetics help achieve that? While Anu is happy to write a sci-fi story around the theme, she believes that by the time this happens, it is likely that CRISPR-CAS will be allowed.

In that case, genetic data is very important to be able to adjust to those environmental conditions. She also thinks that epigenetics as a field will be more developed, so putting these data points together will help in creating life forms that can survive, genetically modifying to suit the environment, and build a database that expands across species and study mutations as a result of the environment.

To women entrepreneurs, Anu had this to say:

“Remember that you are an entrepreneur, not a 'woman tech entrepreneur'. You are likely to have it twice as difficult, be prepared for that. Build a great team and a fabulous product. Create a legacy.”