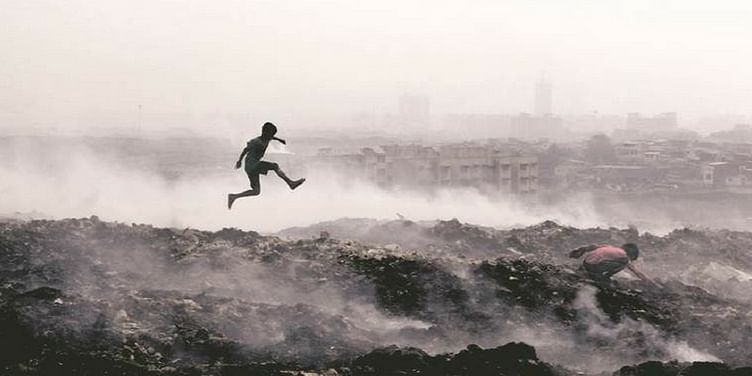 Mumbai’s, and India’s, largest dumping ground has stood tall for 90 years. On the other hand, the city of Alappuzha has stopped dumping its waste altogether. What does this tell us about our country's ability to manage its own waste?

Alappuzha in Kerala, famous for its backwaters, was judged as the cleanest city in India by Centre for Science and Environment last year. But, for the longest time, this picturesque city was diligently following the waste management drill common for the entire country – it was dumping its waste in its neighbour’s yard.

The village of Sarvodayapuram had been the unwilling recipient of Alappuzha’s dirty secrets. But this was to change when it residents decided to put their foot down. In 2012, locals blocked roads and pelted garbage trucks with stones, and were successful in stopping the entry of the city’s garbage into their land. This protest had almost immediately followed the bigger battle that the village of Vilappilsala had fought against the municipality of Thiruvananthauram, the same year.

Around 5,000 protestors formed a human chain to stop the entry of garbage trucks, a battle that was fought for many days. When promises of treatment plants and better waste management by the municipality had failed, the Panchayat decided that they would no longer be the city’s dumping ground. As Kushanava Choudhry reported for The Caravan, “A Panchayat had taken on a city and won.”

So, when Sarvodayapuram closed its doors for Alappuzha, as Vilappilsala did for Thiruvananthapuram, the ‘Venice of the East,’ was dotted with its own garbage. After a few months, when its landfills began filling up, Alappuzha was finally forced to innovate.

But before looking at how this city abracadabra-ed its waste we must turn our attention to another Indian city that is still struggling in the reflection of Alappuzha’s past – Mumbai.

Mumbai is home to a dumping ground that is 90 years old and stands as high as 55 metres, making it India’s oldest and one of Asia’s largest dumping grounds. This monster that has outlived a landfill’s life expectancy of about 30 years and that stands as a hazard to air traffic, sits snugly in 132 acres of land in Deonar.

In its immediate vicinity are slums and beyond a two-km radius are high rises. Of the 9,140 metric tonnes of waste generated by the city every day, 5,000 metric tonnes are deposited here alone. Almost a century of decomposing waste has created methane pockets within the mounds, which pose a threat of fire at any moment. Because it’s located close to the creek, the leachate from the organic waste has been polluting ground water and soil for miles around the dump.

The dumping ground also sustains the livelihood of rag pickers and feeds an illicit business of salvaging metal scraps. This has posed a serious security issue as miscreants burn waste to pick and sell metal parts, an act speculated to be the cause for the disastrous fire in Jan 2016 that ravaged for three long months before it was finally doused.

Tejal Kanwar, a gynaecologist living in a high rise close to the dump recalls the zero visibility from the thick toxic smoke that engulfed the area. Even closed windows and doors could not keep people from breathing in these fumes, which resulted in allergies and bronchitis, and exacerbated various other ailments; children and senior citizens were admitted to hospitals, and a few people were even forced to sell their homes and move out of Mumbai for good.

Considering the immediate and long-term dangers posed by this toxic mound, why has nothing been done about it? Because to reach a solution, the city has to make its way through a problem that is as multi-layered as the dumpyard itself.

Through the eyes of the citizens

“After the fire, many people began segregating their wastes but even now, there is no proper collection system. The collection trucks mix the segregated wastes. There is no system in place because while some trucks do collect wastes separately, most don’t,” says Vandana Trivedi, a citizen activist who has been in touch with administrators to follow up on promised actions.

Slums, hotels, shops, and malls are major generators of waste along with housing societies. Although the newer apartment complexes are bound by the laws to build vermi-compost pits; the older ones, which exist in greater numbers, have no stringent enforcement of waste segregation.

To ensure citizen engagement, Brihanmumbai Municipal Corporation (BMC), which is in charge of the Deonar dump, loops in Advanced Local Management (ALM). The ALMs are essentially a group of citizens with one BMC representative that plans and enforces solutions within their societies.

Although ALMs have helped citizens with leg work, such as organising campaigns and spreading awareness, these groups have lost their vigour among bureaucratic problems. “The problems are addressed based on priority,” explains Dr Kanwar, adding, “Waste management is attended to only after pressing issues like crime, or road management. There are meetings after meetings and decisions are reached at very slowly. Once there is a decision, there are more meetings with the government,” she says.

At the higher levels

When Vandana awoke to the problem of the Deonar dump, she immediately began meeting with administrators like members at local BMC ward offices, local solid waste management office, and the BMC commissioner to find a solution. But the response she received from these government officials was apathetic. “The local offices made a mockery of it, and told me to leave the city if I had such a problem with it,” she recalls. When she met the BMC commissioner and the CM, they listened more patiently and seemed sensitive towards the issue. “But three months passed, then six, and now it’s more than a year but actual execution of promises made has been nil,” she says.

Moreover, adding to the many layers of bureaucratic hurdles is the large population of rag pickers, whose survival depends on the dump. When entry into the dumping ground was banned soon after the fires, rag pickers staged a protest, threatening to not cast their votes until their employment was taken care of. Since finding an alternative livelihood for rag pickers is not within the government’s scope, one can only speculate the high political incentive that could be keeping Deonar’s dump hale and healthy.

Traces of a solution

Lata Ghanshamnani, an opthamologist who was also actively involved in the waste management issue for years before founding an NGO to address the same on a larger scale, sums up Mumbai’s conundrum:

For any system to function, you need to have awareness, infrastructure and enforcement. The problem here is all three are not running parallelly; after creating awareness where’s the infrastructure to implement things? Are we penalising people who don’t follow and are we incentivising those who do?

A bigger hurdle to the solution that is lurking among Mumbaikars is the fact that Deonar is not seen as the entire city’s problem. When Dr Kanwar and her husband, Saurabh, visited south Mumbai during the fires, close to 30km from Deonar, they saw that these areas too were engulfed in smoke. In fact, when Saurabh checked the Open Governemnt Data Platform for air quality levels, he found that Bandra and Andheri had detrimental levels of particulate matter due to wind movements from Deonar. “But for everyone, this is still only Deonar’s problem,” he says.

There are no waste processing plants around the dump and the BMC and MCGM’s current plan is to hire private contractors to process the waste. This ‘solution’ has, however, consistently failed in all metropolitans as it is difficult to keep tabs on a private firm’s activities and, most often, these plants break down as they are not equipped to handle the continuous input of waste.

Decentralisation of waste is the only sustainable solution but, as Vandana says, so long as dumping remains an option, there will never be a change in course of action. What if the Deonar dumping ground was forced to shut down? How would the face of Mumbai change?

Alappuzha paints us a picture.

When a city is forced to innovate

A few months after Alappuzha lost its dumping ground, 12 out of the city’s 52 wards were selected for a pilot project: local leaders in each ward went door-to-door to set up pipe compost units and small biogas plants at each household, for which the State offered a 75 percent discount. Rag pickers and garbage collectors were now employed as technicians to maintain and repair the biogas plants.

As the people adjusted to this change of accepting responsibility for their own waste, the project was expanded to all 52 wards. Hefty fines are now charged when citizens or restaurant owners dispose garbage in streets. The city also has 14 aerobic composting plants to take on any excess garbage load.

Of course, the people of Alappuzha were initially reluctant and sceptical but they really had no choice in the matter. Improvisation is born from desperation, after all.

From Alappuzha’s success, the solution to our waste conundrum becomes clear: decentralisation of waste management and shutting down of dumping grounds. From what Vandana, Dr Kanwar and Dr Ghanshamnani have to say, it also becomes clear that the people of Mumbai already know this. What the city needs, what every city needs, is political will and uniformity in thought among its residents.

Deonar must become everyone’s problem if Mumbai has to slay its monster.