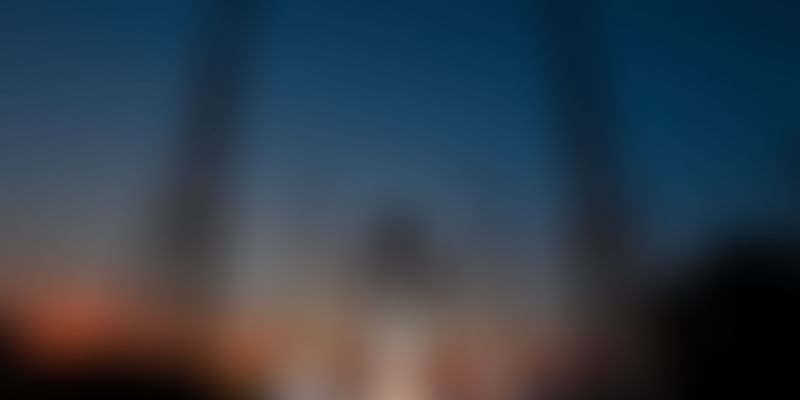 According to IANS, in a statement issued, HAL said,

The structural assemblies and fuel tanks of the 640-tonne rocket were produced at our aerospace division in the city.

The components and equipment for both the rocket as well as the geosynchronous satellite (GSAT-19) were made by the Godrej Aerospace unit which is based out of Mumbai.

According to IANS, Godrej said,

For the rocket, we made the first-stage Vikas engine and the indigenously developed third-stage cryogenic engine thrust chamber. For the satellite, the Liquid Apogee Motor engine injectors and thrusters were manufactured at our aerospace unit.

The heaviest communication satellite, weighing 3.4 tonne, on board the Geosynchronous Satellite Launch Vehicle (GSLV Mark-III) was launched by ISRO. It was launched from its spaceport at Sriharikota in Andhra Pradesh, about 80 km from northeast Chennai.

Our aerospace division is the only facility in the country to manufacture such huge space-worthy complex structures. We commend the space voyagers of India—ISRO—for the successful launch in its maiden attempt.

There were 20 types of riveted structure, six types of welded structure, and the satellite’s bus structure that were made and delivered in time by the defence behemoth, HAL, for India’s historic space application mission.

While speaking to IANS, Raju asserted,

The fabrication of the composite Ogive Payload Load Fairing heat shield of five metres diameter and 11 metres height is a major achievement for us.

While speaking to IANS, Godrej said,

We are honoured to partner with ISRO in the development and manufacture of critical equipment and contributing to the country's space programme.

Additional capabilities were acquired by HAL to modernise its facilities and develop the next-generation hardware for future space missions. Raju further told IANS,

We also integrated the booster rockets of the launch vehicle's Mark-II version for direct use on the launch pad.

HAL has supplied alloy structures, tanks, and satellite bus bars for ISRO’s polar and geo-stationary launch vehicles over the last five decades. According to IANS, the statement also mentioned,

We also supplied 18 aero-structures and fuel tanks for ISRO's Mars Orbiter Mission, launched on November 5, 2013, from the spaceport.

Godrej has been working with ISRO since 1985 on complex systems such as liquid propulsion engines for light, medium, and heavy rockets, thrusters for satellites, and antenna systems. They were also an integral part of ISRO’s Chandrayaan-1 moon mission in 2008-09 and Mars mission in 2013-14.