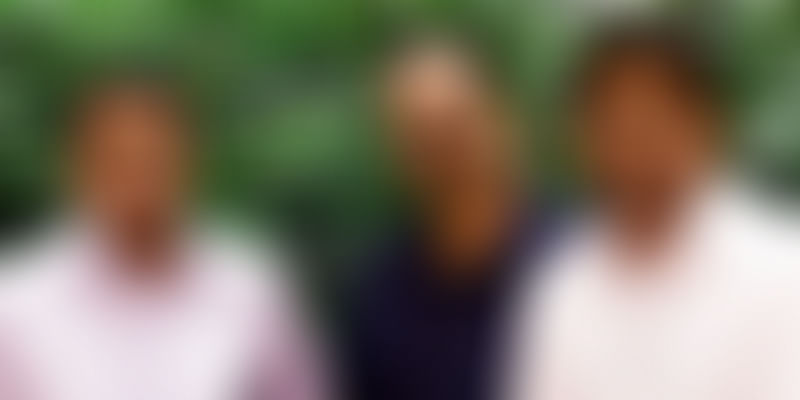 With the current models tainted with self-beneficial commissions, will this investment banker duo’s Kuvera break the existing norm in wealth management?

India is increasingly becoming a hotbed for personal wealth management and advisory businesses.

According to the Central Statistics Office’s First Advance Estimates of National Income, 2016–17, the per capita net national income is estimated to cross Rs 1 lakh at current prices; an increase of 10.4 percent when compared to 2015–16.

A net inflation consumer price index (CPI) of 3.65 percent (until March) hints at a disposable income that consumers might have to invest in various market instruments.

However, with most advisory businesses in India plagued by commission from fund houses, transparency and trust become debatable.

Challenging this is the investment banker duo of Neelabh Sanyal and Gaurav Rastogi, who run what they claim is a commission-free (from fund houses) investment platform, Kuvera.

Who are the founders?

Neelabh is an investment banker specialising in mergers and acquisitions and public market fund raising.

After graduating from IIM Bangalore in 2005, Neelabh’s experience with HSBC, ICICI, and Deutsche Bank crafted his understanding of the wealth management space.

This was the time when fund houses (and mutual funds) were coming of age in the early 2000s. In his previous role, Neelabh was an investment banker with Enam Capital, now Axis Capital, after acquisition by Axis Bank.

On the other end of the spectrum is Gaurav, an IIT Delhi and Booth School of Business graduate, who worked as a proprietary portfolio manager with Morgan Stanley across asset classes, commodities, and debt.

It so happened that they met through Gaurav’s ex-IIT batchmate at the time when they were both contemplating entrepreneurship. Around August 2015, they discussed the frictions in the personal investment space and the conflict of interest caused by intermediaries and relationship managers selling self-benefiting financial products to consumers.

And that formed the ideology for their first enterprise, Kuvera.

Later, Gaurav roped in his ex-classmate from IIT Delhi, Mayank Sharma, to look into building the technology platform, making him Kuvera’s third co-founder.

Being a tech-based financial planning and investment platform, Kuvera, like most others, uses algorithms to assess clients’ risk profiles, plans for their financial goals and makes investment recommendations suitable to their risk appetite and investment objectives.

The product was rolled out to the public this January.

With more than 34 mutual fund houses onboarded, the platform has a Registered Investment Advisor (RIA) licence from SEBI.

Like most other advisory platforms, upon signing up, the user is asked to define personal goals. Further, the platform in basic ‘yes’ or ‘no’ questions quizzes the consumer on his personal details involving marital status, disposable income, age, among others.

The goals defined by the consumer can be anywhere around saving up for a trip, tax savings, or long-term targets like retirement. Looking at a consumer’s portfolio of savings and goals, the backend suggests an entire action plan for investments.

The platform also does a six-monthly review for customers, asking them to update their financial information such as salary and savings among other things—this helps them realign their investment strategies.

At present, the founders claim that the average age of consumers on the platform is 31 years.

The users seem to be equally distributed between individuals above and below 30 years of age. A majority of the platform’s customers are IT employees from metropolitan cities like Chennai, Bengaluru, and Mumbai.

Currently, almost half of Kuvera’s user base comprises of individuals who are investing in mutual funds for the first time.

Keying in the strategy

At present, with only mutual funds to offer, Kuvera is looking to expand and cross-sell other financial products including—insurance, lending, as well as consumption.

According to the founders, these products are all in-line to an individual’s investment and financial goals.

Giving an example, Neelabh states that while working on their goal, if a consumer needs to take a loan or requires some lending, Kuvera will sell it, making it quite contextual to the customer’s experience.

In a similar strategy, under consumption, Kuvera might also get into partnerships with real estate firms and car dealers to make these products available to their consumers at best prices, once their goal is met.

However, the firm states that the feasibility and execution of these plans are still to be thought through. Kuvera also plans to sell insurances on its platform, in the month of July. Neelabh adds,

For decades insurances have been mis-sold, under the pretext of being an investment option. It is a cover and should be treated as just that.

Kuvera charges approximately Rs 2,500 of yearly fees, once the investment through the platform crosses a lakh. However, the founders strictly claim that the fixed fee is not linked to the assets under management (AUM). This means that users are not burdened by an increasing fee as their AUM grows.

However, being explicit about not taking commissions from fund houses or linking fees to AUM, Kuvera does plan to expand its revenues. Neelabh tells the same,

Our product road map (involving insurances and lending) has different levels which will help grow the revenue streams.

To further grow its revenue streams, the firm is also working on a premium advanced portfolio management product which will charge consumers for the value-added services provided.

This would be for strategy-based investments, involving growth or momentum plans, depending on the investor’s requirement. Further, the plan would involve deployment of tele-assist, and dedicated support from an experienced personal fund manager.

The firm is also looking to raise its first round of funding before this fiscal.

Kuvera at a glance

Looking at the metrics, the founders are hopeful to have roughly 15,000 to 20,000 active customers by the end of this fiscal year.

2017 is being touted as the year when robo-advisory will finally hit the horizon. Most financial startups are taking active interests in building revenue channels around cross-selling financial products.

Investments will be bullish in fintech. But models might change. The focus will be more on companies providing stock advisory platforms and financial planning product offerings, which will become more robust.

There have already been such platforms like FundsIndia and Scripbox for some time now. YourStory recently reported about another similar platform, ProsperX, but with a differentiated business model.

However, with multiple players coming up, the interest amongst investors and business models would disrupt this fiscal in the advisory space.

(Update: In October 2017, Kuvera stated to have updated their pricing and now the Mutual Fund investing platform is free to use regardless of portfolio size.)