Why millennials are the most important user-base for dating apps 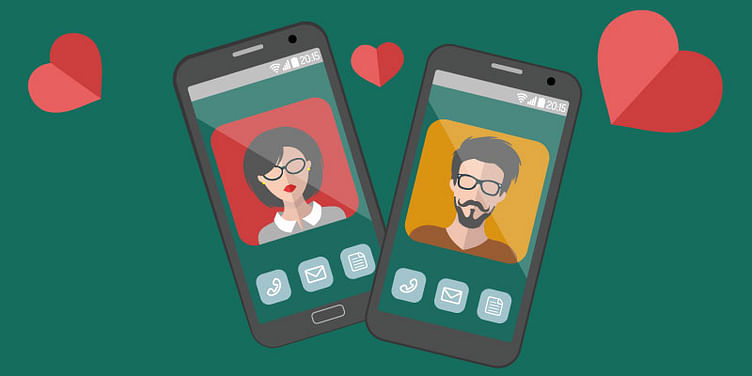 Our fingers are accustomed to swiping left and swiping right. The idea of a ‘no-strings’ attachment or rejection has become so normal that, in a way, we forget a large part of the human emotion that it represents and consequently begin to take it for granted.

For the millennial generation, the idea of love has been marred by a confluence of social media (it isn’t official till it’s on Facebook!), pop-culture references (that Linklater movie made me want my own ‘Before Sunrise’ moment), and technological advancements (hello, Tinder?).

To them, the idea of seeking love, friendship, companionship, or even forming a professional network (it happens) through a four-squared screen has become an integral part of their everyday reality. Platforms like Facebook, Snapchat, and Instagram, though useful, have become a constant source of self-validation. The number of likes people get on their pictures hold more value to them than the occasional ‘you look pretty’ they may get from their friends and family. Our lives are monitored by technology in this age. Today, it controls a large part of our emotions as well, a fact that the dating app industry has not missed.

Some companies, upon learning this, have even taken to recruiting millennial talent by using the platform. New York City-based mobile marketing agency, Fetch, connected with nearly 300 Tinder users and asked them to share their best pick-up lines. After several interviews and shortlists, 22-year-old Sam Weidt was selected for an internship with the company.

But why have these companies been targeting the millennials in particular? And why are dating apps the most frequented by this generation in particular?

It’s a simpler option. When you live in a big metropolitan city, it’s near impossible to meet and connect with even a quarter of the people you may like. While the concept of meeting people through work and friends sounds easy enough on paper, it doesn’t always happen in the way we want it to. Millennials, with their every-busy schedules and their quest to build relationships between all their tasks, are understandably attracted to these apps. Having a single platform to meet new people and form connections with them is much more attractive and convenient to many.

They’re also free. Young students and professionals are highly unlikely to sign up for paid apps. Thus, with their unlimited open-access features, most dating apps perfectly fit with the requirements of most millennials.

These apps understand the casual hook-up and ‘no strings attached’ culture that millennials inhabit. Apps like Hinge and OKcupid have become synonymous with one night stands and thus work well for millennials looking for something ‘chill’. A report stated that 22 percent of Tinder users in America, most of who are millennials, use the platform for instant hook-ups. At the same time, millennials are more self-aware and arguably less reluctant to strike up relationships than the older generations, considering the limitless global access they have grown up with. As a result, a platform like Tinder or Hinge can help these same millennials filter through their matches based on common interests and intellectual wavelengths. Simply put, they get to choose who they wish to spend their time and energy building a relationship with.

The everyday millennial is busy. Be it being loaded with endless work or spending time building a social media reputation, the concept of ‘free time’ spent in the luxury of doing absolutely nothing has become an alien concept to this cohort. As a result, the everyday millennial wishes to seek love, lust, or even friendship as long as it doesn’t interfere with other aspects of their lives. Understandably, it is only logical that this generation has turned to clicking and swiping on their always-available mobile phones to connect with people they would have otherwise not met.

Millennials are thus far the open to sexual diversity. As much as we would like to believe that our society is progressing, the truth is that the options for heterosexual males and females are fourfold greater than the ones available to, say, the LGBTQ community. With the significant rise in the usage of dating apps across the world in the past two or three years, the tech-industry has been greatly encouraged to launch several more of these. Many of these apps are tailored for non-straight individuals. For instance, dating apps like Grindr, made specifically for homosexual men, or HER, which solely targets LGBTQ women, have made life easier for those belonging to this community. They can thus forgo the frustrating procedure of meeting people who have ‘crawled too far into the closet’ to be bold and open about their sexual identities. In this, the dating app industry has given us the avenue to celebrate sexual diversity.

This said, everyone’s reasons for using dating apps are personal and subjective. However, when we look at it collectively, it is not hard to see why the makers of these apps are targeting the millennial crowd.