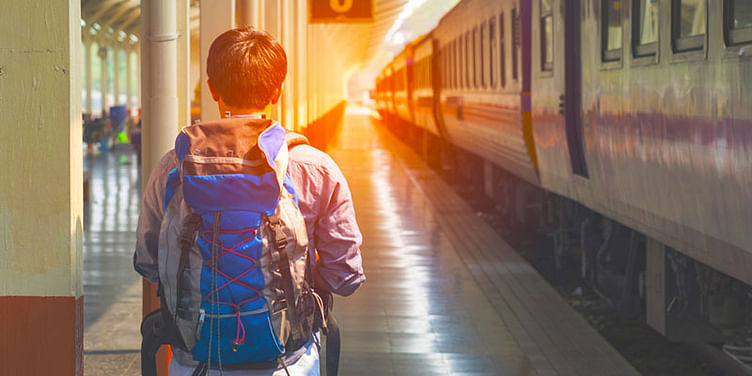 Leaving home is never easy. But we’ve all got to do it.

Such is the mind-set of the everyday millennial, who believe that at a certain age, they need to ‘build a life’ for themselves. To this end, they concur that living with their parents may not allow them to grow or experience all of life’s thorns and roses in the way it should be. Coupled with this is their incessant belief that in these modern times, they will be judged for living with their parents while earning their own keep. Such an arrangement would call to question their capabilities.

According to a recent study by TD Ameritrade, a popular American brokerage firm, the average age that young millennials, aged between 20 and 26, considered it embarrassing to live with their parents is 28. The same report states that teenagers believe 26 to be too old to still be bunking in their childhood bedrooms.

While the entire matter of leaving home to become more independent is subjective, there is a reason that young millennials settle on the more (arguably) advanced age of 28 to pack up their bags. This is because of factors like student debts, lower starting incomes, and lack of experience in running a household and paying bills.

Having surveyed 2,001 young Americans between the age-group of 13 and 26, the study also suggested that as a result of the above mentioned factors, about 37 percent of young millennials moved, or plan to move, back into their parents’ home after college. However, once they gain a certain degree of financial independence, which according to the report, most believe to be at 23, most of these young millennials would begin to scout bachelor apartments to move into.

Now why is this?

The idea of no curfews, unfixed diets, privacy, and much-needed space to work or relax are of course attractive enough to make us look for independent lodgings. The whole ‘master of my own home’ logic, which is a far cry from being viable to your parents for living under their roof, can accelerate the process of discovering one’s own wings at the earliest possible moment.

However, what most millennials do not realize is that this freedom and independence come at a great personal cost. The entire concept of ‘adulting’ as we know it, means knowing how to prioritise and what to spend your money on. It means forgoing a week’s worth of ordering in and surviving on Maggi, just so you can avoid the inconvenience of a late-fee. It means paying all your bills on time and replacing beer with groceries, so that you don’t go to sleep hungry. It means when you fall sick, you can’t expect your mom to come in with warm chicken soup and take care of you while you cuddle with your blankets. It means going to a doctor yourself, buying medicines, and then hobbling around the kitchen making yourself some hot tea which doesn’t taste even a fraction as good as the one your dad makes. It means being lonely a whole lot and missing the familiar comfort of falling asleep in your childhood bed.

Considering the fact that the average young millennial is only on his first or second job, and probably hasn’t mastered the concept of savings yet, the idea of leaving your parent’s home to afford the ‘luxury’ of living by yourself, which though exciting and adventurous in a way, is extremely difficult.

This being said, it is an experience that all individuals at some point in their life should undergo, because it helps them realise the extent of their capabilities and how to deal with any and every possible crisis. The age factor? Why, it’s only a number.