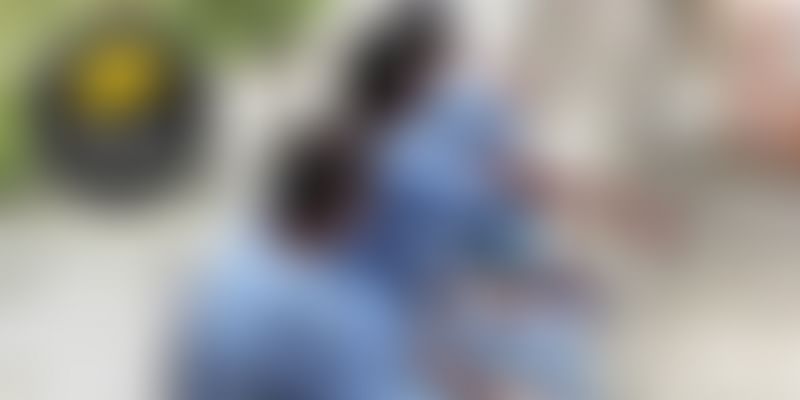 A hospital that is accessed by 50,000 people a year from all over Vidarbha, Nagpur Regional Mental Hospital is getting a makeover to address the region’s growing mental health needs.

One of Nagpur’s oldest mental hospitals was started in 1884 but was then functioning under a pejorative name of 'lunatic asylum'. The hospital slowly transformed with time as an out-patient’s department was introduced in 1959 and was subsequently renamed Nagpur Regional Mental Hospital. This hospital is now accessed by 50,000 people a year coming from eight districts of Vidarbha.

Vidarbha, if one doesn’t already know, is a region laden with the weight of farmer suicides. Last year, it reported 917 farmer suicides in a span of eight months – a staggering 44 percent of the 2,053 cases in Maharashtra. Of this the six districts of Nagpur reported 225 cases.

Nagpur, Vidarbha’s largest city, is also one of the regions with the highest number of long-stay mental health patients in the country. This means that the Nagpur Regional Mental Hospital must stand steady in order to cater to this large number of people seeking its help.

In order to facilitate this, Tata Trusts, in an MoU with the Government of Maharashtra, is striving to develop Nagpur Regional Mental Hospital and enhance its treatment capabilities. By doing this, they intend for this mental hospital to serve as the prototype for all other psychiatric facilities and hospitals in Nagpur.

Tasneem Raja, a psychologist with over 20 years of experience in the health sector, and Senior Program Officer for Tata Trusts' health portfolio, explains the plans laid out for this endeavour:

“The goal of Tata Trusts’ intervention is to develop the Nagpur Regional Mental Hospital as a centre of excellence reforming not just the infrastructure but addressing key issues of care provision and factors that determine the quality of lives of people.”

The roots and branches of Tata Trusts

“Tata Trusts started working in the arena of mental health more than three decades ago when there was little work happening around these issues,” says Tasneem. Tata Trusts has worked in partnership with several nonprofits, providing support to pragmatic models that have a high potential of transforming a society.

The Banyan is another organisation supported by Tata Trusts that provides mental health care to urban and rural areas, its most significant project being the rescue of mentally-ill women off the streets. This, as Tasneem says, has been one of Tata Trusts' most significant partnerships.

The INCENSE Initiative, which is based on the idea of collaborating with mental hospitals to implement services that are need-based, contemporary and locally relevant has received global acclaim. The Nagpur Mental Hospital reform programme, too, is based on this initiative and the experience it has garnered.

Due to its hand-in-hand work with several organisations, Tata Trusts has left an unmistakable trail of impact. “More than 56 lakh people in nearly 4,000 villages have been reached by our mental health programmes, more than 1,500 people have been restored to functional employment, and more than 5,700 frontline workers have been trained to deliver mental health care services,” Tasneem elaborates.

With a constant eye on the future, she adds that Tata Trusts aims to reduce the treatment gap for priority mental health conditions by 40 percent by 2030. The treatment gap is the percentage difference between people who are suffering from mental illnesses and those who seek treatment. Currently, the treatment gap for all mental disorders except epilepsy is more than 60 percent, indicating that a lot needs to be done in terms of increasing awareness and reducing treatment care.

Tata Trusts' Mental Health Initiative shows promising objectives that could address this very issue. If their aim of facilitating enhanced financial investment in mental health, increasing the number of trained professionals and the quality of treatment, and raising awareness can be materialised, the scenario of mental health in India will indeed be unrecognisable by 2030.