After 2 years of human-machine interactions in English, Niki aims to be multilingual 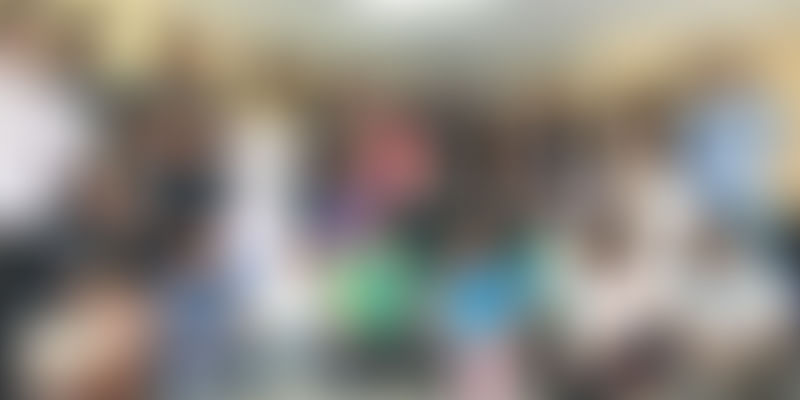 Niki.ai aims to bring humans and machines closer to cash in on the next wave of e-commerce—'hyperlocal conversational commerce'.

“It has been almost two years since we launched and Niki the toddler is still learning a lot of things,” said Sachin Jaiswal, CEO of Niki.ai, as I sat in the boardroom along with him and his three co-founders, Nitin Babel, Shishir Modi, and Keshav Prawasi, at their office in Koramangala.

I had met and spoken to Sachin and Shishir on multiple occasions, but this was the first time I had got the audience of all four co-founders at the same time. They took turns to answer my questions about the sector and their journey so far. Here is Niki.ai’s story through five pairs of eyes—first through the eyes of the co-founders, and then channelled through the eyes of a neutral third party, me.

Starting up in Koramangala

The four IIT Kharagpur alumni founded Niki.ai in April 2015. Recalling their journey, Sachin and Shishir said that they had officially registered their venture on June 4, 2015, and launched in beta a few days later. They then launched Niki to the public a month later at YourStory’s TechSparks, where they were one of the Tech30 companies.

While Bengaluru has been their official headquarters, Niki.ai also has its roots in Udaipur, where the founders initially started work with the help of interns from various IITs. Then, from a temporary team of about 20, they scaled down to four when their interns returned to their respective colleges and the founders relocated to Koramangala, Bengaluru.

I’m not sure if the following quote can be attributed to Bengaluru’s slow-moving traffic or to the nimbleness with which a young startup operates, but speaking about their first day in the city, Shishir joked,

By the time we went from the railway station to Koramangala, we had finalised a candidate and an hour later we had also finalised our office.

Niki.ai then worked out of a co-working space for some time before moving to their own office. By then, Niki had presented at YourStory’s TechSparks and also raised seed funding led by Unilazer Ventures. Then in May 2016, Ratan Tata invested an undisclosed amount in Niki.

Fast-forward to 2017, and Niki is a 30-member team, with almost 75 percent being techies, who look after product development. The remaining 25 percent consists of marketing, business development, and support.

Until about seven months ago, the founders personally looked after all aspects of hiring. But now they have allocated the majority of the responsibility to a full-time HR manager.

Shishir, though, said that they are still involved in the hiring process and every hire goes through 10-15 rounds of interviews where at least two of the co-founders are involved. He said,

We typically tend to hire two–three people per quarter. For every business development executive hired, we look to add three to four in the tech team to maintain the ratio and workflow.

Sachin mentioned that they hire for culture fit and also ensure that they have regular learning sessions for employees to hone their technology and soft skills.

Talking about how Niki has evolved over the last two years, Sachin said the growth had been significant in terms of technology. He noted, “When we started off, we had one architecture patent that we had filed for and were looking to solve a few niche use cases like phone recharges and cab bookings.”

Over the last two years, the team made multiple improvements to launch Niki 2.0 which was more conversational and could also retain the context of conversations. The team achieved this feat by building their own natural language processing (NLP) system that is able to understand ‘conversational English’, or English that may not necessarily be full sentences. Sachin also noted that Niki currently has filed for two more patents related to their dialogue manager which can retain and switch context during a conversation.

Related read from Feb 2017: [App Fridays] Are machine-human interactions the future of online commerce? Here is Niki.ai’s attempt at it

Aware of the limited real estate on smartphones, in terms of apps that the average user retains, Niki is also looking at a distribution strategy with their software development kit (SDK), which can sit on top of other platforms. They currently have about 45 partners, like Oxigen Wallet and HDFC Bank. Sachin remarked,

The goal is to be available across every mobile real estate that is available out there. Combined with our distribution strategy, Niki is currently active on about 7,50,000 devices and we aim to hit one million soon.

Nitin estimated that about 60 percent of their user base is through their distribution channels. Apart from its SDK integration, Niki has also partnered with OEMs like Intex and future editions of their phone will include the Niki assistant out of the box, as a pre-installed app.

Keshav noted that as an integrated services marketplace, Niki is more utilitarian as it provides the opportunity for cross-selling and upselling. For example, an Oxigen wallet user can now leverage all the features available on Niki’s standalone app through Oxigen Wallet’s SDK integration with Niki.

Being a venture in the ‘conversational commerce’ space, Keshav noted that most people generally type how they speak. So it is important for Niki’s ‘concept entity grammar model’ to clearly understand the structure of an English sentence and correctly interpret even incomplete or badly framed sentences.

Most English sentences have a subject, verb, and object. The verb showcases the intent of the user. So by processing large data sets (of sentences), Niki aims to interpret the meanings of ‘Hinglish’ sentences. Keshav explained,

The syntactical structure of English is such that in most cases, the subject comes first, object comes last, and there are some verbs and qualifiers in between. So on a semantic level, our NLP should be able to recognise that the sentence is in ‘Hinglish’ and respond to the user.

He then gave an example to illustrate his point. If a user types in something like, ‘Mere ko movie ticket book karna hai’, Niki should be able to understand the user’s intent based on the keywords and context. While this is a simple example, the goal is to make this work at scale for a variety of use cases.

Currently active on about 7,50,000 devices (including partners), Sachin noted that while 60 percent of Niki’s users are from tier-1 cities, they are seeing rapid adoption from users in tier-2 cities. The founders attribute this growth and adoption to their core value proposition and user interface. Sachin noted,

Our core value prop was to make transactions simple and convenient for everyone. Almost everyone is used to a WhatsApp-like interface and find it convenient. Also, 25 percent of our user base consists of people over 35 and we believe that people not used to conventional apps find Niki convenient to use.

From a product point of view, the founders noted that they ensure everything is data driven and measured. New features too are launched based on customer feedback and what their internal data points to. Niki recently launched a loyalty programme called ‘Elite User’, which offers credits and other incentives to power users. So, in the near future, Niki aims to launch:

Sachin noted that while voice-controlled bots like Alexa and Siri have been positioned as the next leap forward for conversational commerce, their internal data shows that people still prefer to use a chat interface for most transactions while they're on the move. Niki's voice command integration may be needed as an alternative to take on home assistants like Google Home, Alexa, and Apple's upcoming device, HomePod.