From being restaurant diva to playback singer, Shalmali Kholgade on seizing every opportunity 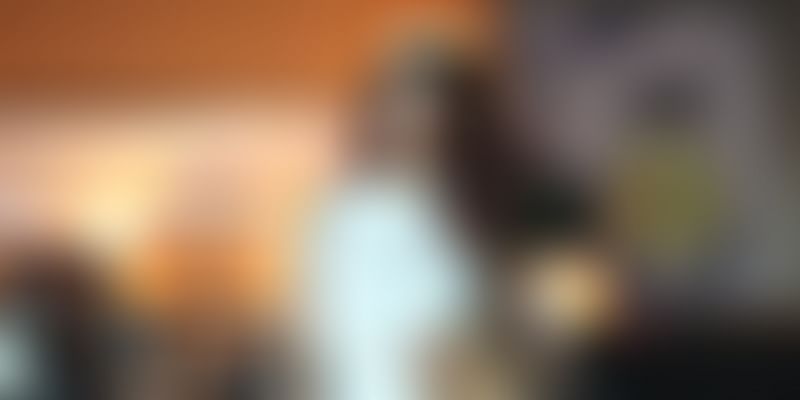 Shalmali Kholgade is a known name in Bollywood circles today, but her journey has been defined by her will to push herself and try everything that came her way.

Shalmali's musical journey so far has been an eventful one, to say the least. When I meet her, the 27 year old, who is singing her way to sure-fire stardom, casually rattles off an enviable list of accomplishments.

Part of a cabaret troupe and singing at a bar for three hours for three days in a row every week, putting in time at a studio to understand the technical aspects of music, learning costume and set design, doing corporate gigs with her band, getting accepted into LA School of Music, being part of the famed The Bartender and doing playback singing, she has done it all.

But ask Shalmali how she managed to do so much in so little time and she shrugs off the question, saying things came too easy for her. As I sat down to talk music with her, I came to understand that she was being too modest and that a lot of hard work and sheer talent had gone into bolstering her musical career.

Shalmali rose to national fame with the song "Paareshan" from the 2012 Yash Raj Film Ishaqzaade. While music has been an integral part of Shalmali’s life, she isn’t the quintessential Bollywood celebrity, admitting to initially not knowing the significance of being asked to sing "Paareshan".

“I didn’t realise singing for Yash Raj would be so big. I vividly remember going home, leaning against the kitchen platform and telling my mom about the deal. And simply asking her in Marathi: Aayi, yeh Yash Raj Kai aahe? (Mom, it’s a Yash Raj film, is it a big deal?). I was pretty clueless in that sense,” she exclaims.

Greeting me at the door with a warm smile and firm handshake, Shalmali invites me into a house that doubles up as a studio, tucked into the inner lanes of Mumbai’s Bandra suburbs. Inside the studio, she had been busy chatting with a group of musicians.

“Please make yourself at home. I’ll join you in a bit,” Shalmali says. As I take a gander, I stumble upon a white room surrounded by Macs and speakers, clearly a musician’s haven. I soon come to understand the studio was Mikey Mccleary’s. Mikey is a songwriter, composer, music director, known for his association with The Bartender, and work done for films like David, Bombay Velvet, Shaadi Ke Side Effects and Shaitan.

Becoming a known playback singer hasn't stopped Shalmali from continuing to sing at bars or doing her own shows. In fact, Mikey spotted her at The Blue Frog at Lower Parel where she was doing a tribute show for Amy Winehouse. His brief to her was:

Sing "Khoya Khoya Chand" and "Tum Jo Mil Gaye" exactly how Amy Winehouse would sing them.' “This was the best brief ever,” she laughs, adding that describes her role at The Bartender perfectly.

Happy in the background

“It was killing. The quality of singing at a restaurant or bar is very different. You’re the ambient music in the background. People are there to eat and drink and not to listen to music. So today whenever, I see someone performing at a bar or restaurant, I make sure that I applaud and go and tell them what a great job they’re doing. It just makes their day better.”

Looking comfortable in a pair of faded blue jeans and a button-down floral shirt, Shalmali goes on to describe how she has never been the one to put herself out there. While definitely not shy, she preferred not to draw attention towards herself.

“You should see her in most events, she is comfortable in a corner. Networking has never been her thing. She is happy in the background. Many times I push her to meet and speak to some of the film stars at events,” says a team mate and friend.

A girl from Powai, Mumbai, music has been an integral part of Shalmali’s life. Her mother is a teacher of Hindustani classical music, while her brother, eight years her senior, introduced her to the world of Dylan, Michael Jackson and western music.

“My brother's friends from college would walk into his room with guitars. So he would allow me to sit in the room as long as I didn’t disturb them. And that’s when I got a hang of old rock music,” recalls Shalmali.

And yet, it took a while for Shalmali to find her true calling in music. Not being academically inclined, Shalmali took to expressing herself in dance, singing, art, design and acting. Her family felt she would do Broadways shows.

At the age of 15, after joining St. Xavier's College in Mumbai, she tried her hand at different things – A cappella, musical dramas, acting and singing.

From then on, there was no looking back. She joined bands, began doing club shows, and festival shows at the promenade on Carter Road. She found her true calling one day while in Class XII, singing The Eagles' Desperado at a fest as an on-the-spot entrant. Shalmali says,

“I didn’t even stay back for the results. It was a euphoric moment. It was just one guitar and my vocals. Something happened inside me and around me. I knew this was it. The result just didn’t matter.”

Then came Shalmali's deeper, more technical resonance with music. During her senior year at college, she would go to her friend’s studio, where he programmed for ad work.

It was here Shalmali realised that it was one thing to sing and a completely different ballgame to understand and work on the technical aspects that make a song. “I realised that it helped me express myself better, especially when I am working with a band,” she adds.

After college, Shalmali started singing at a restaurant called Out of the Blue at Powai every Friday, Saturday and Sunday for three hours each day.

Harbouring a desire to learn music formally, she then started applying to music schools abroad. As is her nature, Shalmali doesn't do things in a linear fashion, and she auditioned for a cabaret for a troupe in Pune. So Mondays through Thursdays would be in Pune rehearsing for the cabaret, while Fridays and the weekends would be spent singing at the Powai restaurant.

Shalmali says her cabaret time was most enjoyable. They lived along two floors of an apartment complex and rehearsed the whole day, while partying all evening.

“It was one of the most fulfilling experiences. We did shows in Pune, Mumbai, Moscow and Armenia. Performing for a live audience is something else altogether. And when I got back I had the acceptance letter from LA School of Music,” adds Shalmali.

But, simultaneously, several things happened. Her friend, who was working with Amit Trivedi, said the music director was looking for a fresh voice. Her demos made for LA School of Music earned her an audience with him.

After listening to her sing two lines of the song, Amit signed Shalmali on and she went on to recording the song. The day they recorded the song, Habib Faizal, the director of the film and Kausar Munir the song writer were present in the room.

“Habib sir, knew perfectly how the song would be visualised. It really helped me be in character and sing the song,” adds Shalmali. But there was an eight-month wait between the song being recorded and released.

The time came for Shalmali to make the choice of staying back or going to LA School of Music. Everyone counselled her to stay back.

It was a leap of faith she needed to take. When Paareshan released it became a phenomenon.

“I would go into these promotional interviews in t-shirts. When I look back at those videos, I realise how raw I was, actually still am,” says Shalmali.

Over time she went on to singing different songs – Daaru Desi, Aga Bhai Halla and Balam Pichkari, to name a few. But this new-found fame in the world of Bollywood was a little disconcerting for Shalmali.

She found it strange, recalls Shalmali. Sitting in Kolhapur at her aunt’s place, Shalmali remembers venting it all to her mother – why that nobody was talking about, for instance, the harmonium solo in the second interlude and instead made her the focus of the song. But with time she realised the human element of the voice always stood out.

Today, while an established playback singer, Shalmali believes she has a long way to go. “I think I need to work harder and be more focussed,” she says.

No opportunity is small

Shalmali says she believes in doing your best with what is given. While she acknowledges the fact that she has worked hard, she notes that opportunities came to her because she never refused a gig. She explains,

“I never thought something wasn’t worth doing or believed in waiting for something better. I just did everything that came my way. Opportunity, at the end of the day, does matter. It isn’t easy to get it, because there are many talented people out there.”

Knowing how difficult the journey can be, Shalmali does her bit. When she hears someone with a voice she passes on their details to the people in the industry. She adds that most music directors like Amit Trivedi, AR Rahman and Pritam are constantly on the lookout for talent.

A reason why Shalmali seizes every opportunity that comes her way is that she is a constant learner. She believes,

“When you get too comfortable with what you’re doing you aren’t learning much. I enjoy my work because every couple of months I change the arrangements of my song at live performances. I want to write my own material and learn a lot more. It is important to work with different musicians and bands. I still have a long way to go, and I am yet to truly fulfil my dream."