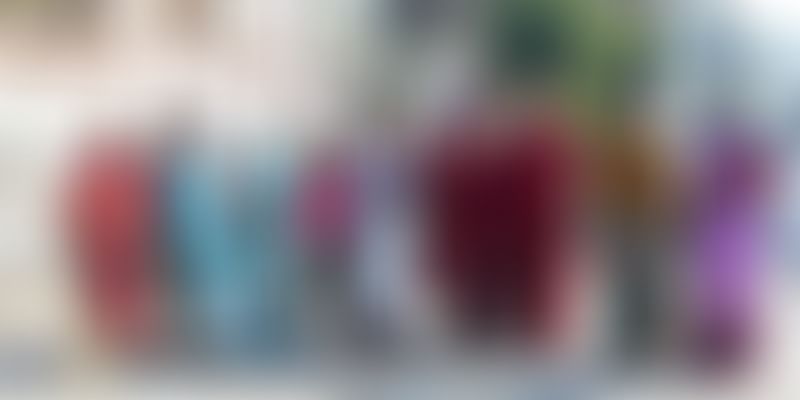 Sangrun village near Pune sets an example to all upstream villages by keeping its rivers pollution free.

Located about 27 km from the city of Pune, Sangrun in Haveli taluka is a unique village. Situated in the rocky terrains of the Sahaydri hills, the village is at the confluence of three rivers—Mose, Ambi, and Mutha—often referred to by the villagers as the Triveni Sangam or a place where three rivers unite.

The village has 204 households with a population of 1254. The main occupation of the village is farming, largely paddy. The village gets adequate rain and derives its drinking water from a common well that is stored in tanks and distributed by pipes to each household. Pune is located downstream of this village and the Mutha river flows into Pune from the village.

Sangrun is unique not just for its location but also for the bold step the village has taken to make itself garbage and plastic free and keep its water resources free of pollution and waste.

Pune, the polluter of its rivers

This bold step is indeed commendable at a time when both the Mutha river that flows from Sangrun to Pune and the Mula that joins it from the opposite direction to flow with it are polluted and unusable, both individually and at their confluence.

A recent water quality report by the Maharashtra Pollution Control Board (MPCB) has found Mutha to be one of the most polluted rivers along with Pavana, Indrayani, and Bhima rivers in Pune district. The Mula-Mutha river, too, has been identified as one of the 302 most polluted stretches in the country in a Central Pollution Control Board (CPCB) report.

The quality of the river has undergone severe deterioration due to heavy loads of domestic sewage and solid waste entering the river, open defecation on the banks of the river, and industrial wastes that continue to be deposited into it. A number of nallas and piped outfalls discharge untreated sewage directly into the Mula-Mutha river, turning it into a polluted drain.

Cleanliness drive by the village

The good news, however, is that the villagers of Sangrun got together two years ago to keep the Mutha river flowing through the village clean. The modus operandi was to get all the villagers (250-300 in number), with the women on the front line, together on Sundays to sweep, clean, and separate the waste (plastic from other waste) to prevent it from entering the rivers.

Moreover, the waste generated every day is separated at the source by each household into dry garbage—that includes plastic of different kinds—and wet waste, which are then collected into different containers or bags. The plastic waste collected by the households is taken to the gram panchayat that records the amount of plastic generated from each household. On the 18th of every month, this plastic is sold to a Pune-based firm, Clean Garbage Management, at the rate of Rs 5 per kilogram. The money generated is distributed to the households.

Vilas Pokale of Clean Garbage Management says, “We collect around 250 kilos of plastic from the village which is segregated and reused to make plastic dustbins, pots, and irrigation pipes for use in agriculture.”

Sunil Bhokare, a resident of the village and the main force behind this cleanliness drive says, “All this started when Vinod Bodhankar from an organisation named Sagarmitra in Pune visited us during an MKSSS meeting organised in the village and talked to us about the sad state of rivers in Pune. We then decided to do something about it.”

“The village did not look like this before,” he adds, “After the meeting, my friends and I initiated the cleaning process while others watched us. Gradually others, too, started getting involved after they realised the importance and benefits of cleaning their surroundings. Deepak Mankar, a resident of the village and now the corporator of Pune city also helped by initiating the first gram sabha and motivated people to support the effort.”

Other than plastic, all the remaining garbage that includes kitchen waste is collected from the village households on every Tuesday and Friday and taken in a tractor to an open grassland in the village for disposal. Plans are underway to use composting methods to change this garbage into manure. The villagers are also planning to direct the grey water, that now goes to the gutters, to be redirected to a soak pit.

“While starting this initiative, our main aim was to prevent the garbage, including plastic, from entering the river. Another problem we have in the village are the open gutters that pollute the environment. Recently, a private company named Cummins from Pune has come forward to help us as a part of its CSR activities and we plan to build closed gutter system in the village, construct soak pits, and install mechanisms to convert wet garbage to manure using this fund,” says gram sevak Abhay Nikam.

Vimaltai who regularly participates in the cleaning activity says, “It is also important that we teach our future generations about the need for cleanliness and good health. Many children eat chocolates, Kurkure and throw plastic bags here and there. We must also spread awareness through schools and our homes about the bad habit of littering and the ill effects of junk food.”

The village has also become open defection free recently. While the toilet coverage in the village was only 40 percent in early 2016, it became 100 percent in the last seven months with every household in the village having a toilet now. The village was also selected among 113 talukas as the best village in cleanliness indicators such as good garbage management practices, freedom from open defecation, and more. The village now plans to compete at the district level to spread the message and gather funds in the process to help in the further development of the village.

"We are not the only village on the banks of the Mutha river. There are several other villages, too. If they all start discharging their sewage into the river, it will get polluted even here, before it enters the city of Pune. We decided to set an example for all the other villages. Some of the surrounding villages like Dondje, Kapare, Mandwi have already started taking up this initiative which is a very positive development,” says Sitabai Mankar, the sarpanch of Sangrun.

The village has around 50 families that depend on fishing for their livelihoods. The fish from the rivers are known to be fresh and tasty and are sold at the rate of Rs 400 per kilo in the cities. “There are many people who do fishing in the river water here. Imagine what could happen if the plastic and other garbage are eaten by the fish! It can affect the livelihoods of a large population in the village who sell fish to cities such as Pune,” says Mankar

“We want to set an example for Pune city that sends all its sewage into the Mula-Mutha river that flows to Solapur where people are already complaining of ailments such as kidney stones because of this polluted water. We do not want to do that; we have a responsibility as the upstream village to send clean water to Pune city,” adds Bhokare.

Well, we only hope more villages and cities thought about its rivers like Sangrun does.