I had to say sorry and accept my ‘wrongdoings’: what it means to be a sex worker in India 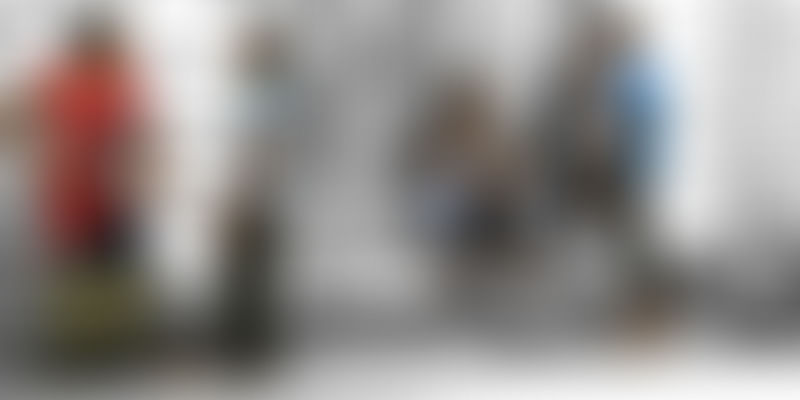 For this International Sex Worker’s Day, YourStory spoke to some women engaged in sex work in Bengaluru to bring you real stories of sacrifice, pain, survival, and hope. Read on to acknowledge the lives and spirits of these incredible women.

(Disclaimer: All names have been changed)

Ratna was writing away in her records and looked up only to say hello before diving back into her work; Anupama could very well have been holding a mic and addressing a gathering because she had taken on the role of their spokesperson, speaking to us with conviction and sincerity that could shame any politician; and Urmila’s warm and unfaltering smile was a potent contagion in the room.

This was the general demeanour of the women the country shuns; it shattered a stereotypical image of a ‘weak woman’ that sex workers are normally imagined to be. These were the women who had walked through fire and made it, and were now helping others out of the same.

Under the noisy service of a table fan and over cups of steaming lemon tea, they narrated their stories to YourStory, revealing the steep climbs and falls a sex worker's life goes through in one of the most stigmatised professions of the country.

“I got into sex work when I was 28 years old because I had helped acquire a loan for a friend who then ray away. So I was cornered and had no choice but to pay the debt,” says Ratna who is now 45 and was in the profession for 17 long years before she retired.

Like her, many are forced into sex work by dire circumstances. Urmila, 35, too was shown the way into it because she had a son with a serious heart condition and had to somehow put together money for the operation. Anupama, who is now one of the managers of Swati Mahila Sangha–a community of women in sex work empowering themselves–recently rescued an 18-year-old girl who was brought to Bengaluru by her lover and sold to a pimp.

“A woman who knew my desperate situation approached me and said this profession would pay me Rs 5,000 per client,” recalls Urmila. She speaks for many women out there who are hoodwinked. If they are not promised good money, then they are promised good jobs; either way, they are lured into it in such a manner that they are knee deep in it before they realise what they’ve gotten into.

Thrown into the lap of violence

Violence is the bitter pill sex workers become accustomed to swallowing every day. The first round of which begins with clients.

“We are beaten if we insist on a condom. Sometimes when they are paying a good amount, they expect us to do whatever they ask us, even if we are not comfortable with some acts,” says Anupama who recalls being treated like a rag doll. “Some even force women to consume alcohol before getting to business,” as in an inebriated state they are more submissive and the clients can sometimes get away without paying “and threaten to leave if they don’t,” she says. Since a day gone without a client could mean a day without a meal, women are forced to yield.

“So many times when I’ve agreed for only one client, three or four of his friends have forced themselves on me,” Ratna recalls an incident that is all too common still. Urmila once escaped but in the process, broke her leg while jumping off the compound wall.

As the word spreads about their work, they are eventually looked upon as women always ready for sex, even if that sex comes free or even if it means rape. “I was on my way to the place where I usually found clients, and was walking through a field when five men attacked, gagged and tied me, and took turns to rape me,” she recalls, eerily detached from the memory.

Clients are, however, not the only perpetrators of violence. Sex workers are mistreated by policemen through verbal and even physical abuse. Sex work is legal in India so long as it is not practised institutionally, as in a brothel and a woman is not soliciting clients in public. But, as Anupama says, many unwarranted arrests have been made.

“Only a lady inspector with a double star or above and a warrant, is allowed to make arrests but nobody follows that,” she says. If a complaint is made against a policeman, then in contempt, false cases are lodged against the women, followed by their arrests. Anupama, speaking of the plight of her friend Meghna, says,

Meghana was recently taken to the police station under the pretext of giving her a chance to lodge a complaint against a client. But once she got there, they charged her with a false case of violence (she is loud and outspoken) and jailed her for six days during which she was also beaten.

Anupama is now fighting this in court. Women are humiliated, jailed, and made to pay a hefty fine. “I had to say sorry and accept my ‘wrongdoings’ before they let me out,” recalls Ratna.

Pimps and rowdies fall next in the line. It is not uncommon for these women to be threatened by rowdies who demand free sex in return for not telling their families about the work they do.

Hazards around every corner

There are, of course, other occupational hazards of STDs and accidental pregnancies. Women are shunned by family and the society if they are found to be HIV positive. “We’ve had to cremate some bodies ourselves because their families would not accept them even after their death,” says Anupama who, through Swathi Mahila Sangha, is helping HIV infected women with medical assistance. Women are also helped through pregnancies, if they want to keep the child, or undergo abortion, depending on what they choose.

Many become addicted to alcohol for a surprising reason. Says Anupama, “Many have the misconception that alcohol makes them fearless so they drink a lot to face violent clients.” Ratna adds her own experience to that: “I was so afraid my family would find out, that I drank every day as it dulled the fear. It dulled my depression and let me sleep at nights,” she says. This could, undoubtedly, be the story of many women.

Because selling one’s body is not a respected profession, the money they sometimes make can be insubstantial. The share of the pimps can leave the women with a meagre amount of Rs 200 per client. A small share goes to the policeman as bribe, and another fraction even to the auto driver who takes the woman and the client to the residence.

Considering all this, sex workers are, more often than not, walking on thin ice.

Is there a way out?

These women are often asked by many why they continue with sex work, a question that stems from a naïve notion that there is always an option. “My husband was seriously ill and the only way to get him medicines for the day was through sex work. If I didn’t get clients for a day, then my husband wouldn’t get his medication for that day,” Ratna says, explaining why sex work can sometimes be the only available option, and clearly indicating that it is a vicious cycle, a strong current, they cannot easily get out of.

And yet, some do. Anupama talks of women who have acquired loans and bought their own homes, and who have started small businesses like selling clothes and hand-made jewellery. She also speaks of women who choose to continue with sex work because they have formed healthy relationships with permanent clients who take care of them. There are also women who, having experienced all that there is, are now bold enough to continue sex work but on their own terms.

Some of these women are mothers and are prepared to be sex workers for the rest of their lives if it means building a life worth living for their children. Some are proud of their profession and don’t entertain anyone who questions them.

They are a diverse, complex, and an incredible lot–no different from other women. And so, “we want the same rights as everyone,” says Anupama. The criminalisation of sex work is a new-born discussion in India, the trajectories of which are still unpredictable. But while we debate away, entitled to opinions about the lives of these women, it is imperative that we first stop to listen to their stories.