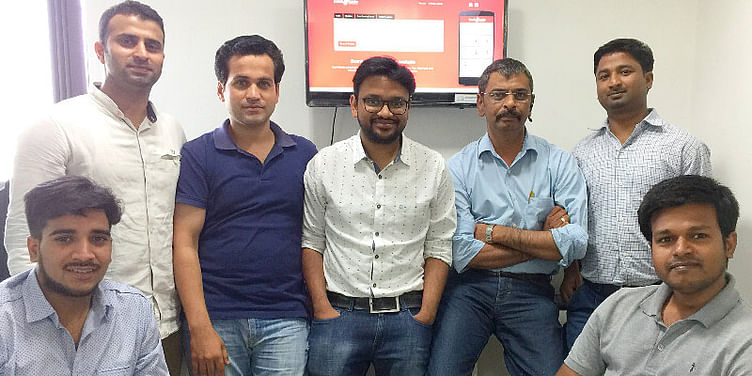 Online transactions may have become a way of life for most people in the big cities, but in tier-2 and tier-3 cities a large majority continues to be chary about sharing their bank account details while shopping or booking tickets online. Anurag Bajpai, who is credited with setting up the fulfilment centre for homegrown e-commerce player Shopclues, saw a huge opportunity in this mindset and came up with the idea of 'pay on delivery' option for railway bookings.

His startup, BookMyTrain, went live in February 2015, and provides railway ticketing facility to users with pay on delivery as an additional payment option. The startup has tied up with IRCTC for providing pay-on-delivery services across 600 towns in the country, and sits on the booking platform as a payment option.

In May, IRCTC introduced the 'buy tickets from IRCTC and pay later' service, which is likely to reduce transaction failures on its platform. This will be of great help to people who are wary of making payments online. Says Anurag,

“We got into a partnership with IRCTC last month, as a result of which the users now see an option of pay on delivery on the website.”

How will the partnership work?

BookMyTrain facilitates railway ticket booking through licensed APIs integrated with IRCTC. With BookmyTrain being one of the payment partners of IRCTC, an additional payment option of pay on delivery appears while booking tickets on the platform.

Owned by Anduril Technologies, Gurgaon-based BookMyTrain has a B2C licence and maintains a rolling deposit account with IRCTC. It offers both online and doorstep payment option to the customer.

To book a railway ticket, user can either log in using their irctc.co.in login or create one on the BookMyTrain website. To facilitate the pay-on-delivery option on IRCTC, they have created a platform, payondelivery.co.in, where users can pre-fill their address and other details for a faster transaction on irctc.co.in.

Information provided here is mapped against the user's IRCTC login id and will be pre-filled while opting for pay on delivery. This will enable users to complete a railway transaction within few seconds and ensure that they get a confirmed ticket and not a waitlisted one, which is what generally happens with the prevailing modes of online payment on the platform. Users availing this option will be asked to tender their PAN/Aadhaar details to avoid any fraudulent transaction.

Anurag believes that the pay on delivery service will make sizeable cost saving for Indian Railways as a significant cost is involved in operating these counters for railways. He says,

“Currently, around 45 percent of railway tickets are booked through railway counters, and another 15 percent are booked through agents. These passengers are generally reluctant about furnishing their bank or card details online or they don’t have net banking enabled accounts.”

He has worked with First Flight Couriers for more than 18 years in various roles and also as a state head for Haryana and Rajasthan. His co-founder, Nitish Jalan, an IIT Kanpur alumnus, looks after the product and operations. Nitish has worked with Snapdeal and Genpact. The third co-founder, Sanjay Kumar, is also an alumnus of IIT Kanpur and has five years of experience in machine learning.

Why ‘pay on delivery’

When asked what prompted him to start BookMyTrain, Anurag says the booking failure rate on IRCTC was as high as 32 percent and there were questions raised in the Parliament around it. IRCTC was refunding money for 35-40 lakh transactions every month as a result of this. Moreover, it took around 10-12 working days for the credit to reflect in the user's card/bank account.

And since doorstep collection has been a big success in the e-commerce industry, using the same formula for railway ticket bookings appealed to Anurag. The idea was appreciated by IRCTC but it took a long time to get the approval, he says.

Finally, 'pay on delivery' was made a payment option on an independent platform under IRCTC's B2C scheme and that was how bookmytrain.com came into existence.

“The making of bookmytrain.com wasn't easy at all. We had to pay massive licensing fees, raised money through friends and family and silently started operations covering 200 towns through 3PL partners.”

BookMyTrain has so far witnessed more than seven lakh downloads. It charges a convenience fees to the customer for facilitating the booking and doorstep payment. The startup does around 7,500 transactions a month on IRCTC with a GMV of Rs 1.35 crore.

With the current growth and future plans, they seem to be positive about crossing Rs 120 crore in revenues by the end of next year.

Apart from BookmyTrain, there is no other startup in the market that offers cash on delivery on online train bookings. Recently, ePaylater has tied up with IRCTC to offer 'buy now, pay later' service soon after IRCTC announced its ‘pay on delivery’ service. Founded in 2015, Mumbai-based ePaylater's offering comes with a credit term of 14 days.