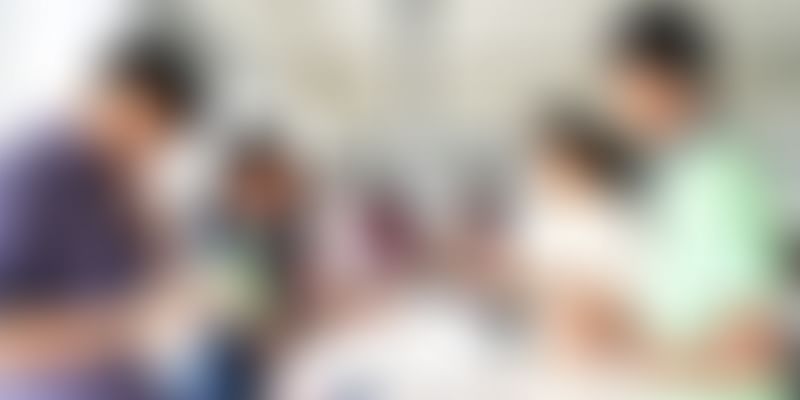 Unherd is a startup that has started to change the way career choices are made by students. By partnering with corporates and non-profits, Unherd is bringing opportunities to students to experience their field of interest and learn from mentors before making their final choice.

India, as a society, is very strict about the education and career choices of its children. With theoretical lessons considered more important than practical knowledge, many students find themselves lost when it comes to choosing their career. It's rare for young students in India to take a step back just to think about their interest, skill set, and what their career would entail.

Unherd, a Bengaluru based education startup, is trying to solve this important problem. The organisation aims to bring a change in the way students in India go about choosing their career—through experiential learning, apprenticeships, and mentorship programmes.

The startup was founded by 26-year-old Alister D'Monte, who had faced a similar dilemma when he finished his pre-university education. He followed the rat race and joined an engineering course only to realise in his second year that, that was not where his heart belonged. "There was no way to find out more about engineering for me back then, I simply followed what my friends were doing without thinking about my interest and skill-set. I later wondered what if I could experience engineering hands-on and speak to industry experts in my junior college. Unfortunately, it was too late and such a concept did not exist."

So many teenage students in India face a similar situation. With no form of proper, accessible guidance, students find themselves unhappy and quit their jobs within a year.

With an aim to solve this problem, the idea of Unherd was born. The concept is to ensure that students experience their field of interest first hand with a corporate industry, meet mentors in companies, and are well informed before making their career choice. However, to ensure that there is an interest in the market for this unconventional model, a pilot was launched in December, 2016, where Unherd partnered with 'Salesforce', a multi-national cloud-computing company. Unherd received about 200 applications from across India without spending any money on marketing. They went to schools across Bengaluru, spoke to student-parent groups about this opportunity, and used social media posts for their outreach. Their effort got them featured in many prestigious newspapers such as Times of India, The Economic Times, and Deccan Herald—one of the major channels that helped them get the word out.

Out of the number of applications received, only 10 young students (15-17-year-old) were shortlisted for a one-week experience to intern at Salesforce and learn about the tech industry. “We were overwhelmed with the response we received from our pilot launch. We received calls from metro cities, from students and parents who wanted to know if such a concept existed in their city as well,” says Alister.

The organisation's mission indeed struck a chord with many and received an interest from conventional schoolers, low-income schools and homeschoolers alike. Unherd has also partnered with non-profits like Teach For India, Make A Difference, Head Held High, and Magic Bus so as to ensure students from marginalised communities also receive these apprenticeship opportunities.

The company is now in the process of working with other major corporates to give students similar apprenticeship experience. Presently, Unherd has partnered with American architecture and design firm, Gensler. The multi-national design agency has given six students from diverse junior colleges of Bengaluru an opportunity to experience a career in design with their collaborative #DesignForChange campaign. These six young students are working with Gensler's architects to solve a design problem of a low-income community school using human-centred design framework. This way, the students get an experience of working in a design company, get mentored about their career from Gensler's staff along with the corporate, get an opportunity to make an impact on a low-income school.

Students have been signing up for these programmes on Unherd's website. Before selection, sometimes, an interview is done over a phone call with the applicants to find out their interest, their reason for applying, to figure out the best way to guide them. Once the student is selected, the experiential learning and mentorship takes place in the industry/workplace.

Unherd is also partnering with other major tech giants to launch the #GirlsInTech programme that aims to solve the gender gap issue in computer science. The organisation is also raising funds through crowdfunding. Through this initiative, Unherd aims to inspire young girls to become computer scientists. In May, Unherd and Salesforce came together again to provide 15 young girls an opportunity to learn about coding, and a career in computer science/technology.

Arunima Sen, a 15-year-old student from Kendriya Vidyalaya, IISC was part of the GirlsInTech programme. She shared her experience, "I got to meet a cool bunch of peers, Salesforce officials, and amazing mentors during my junior internship at the Salesforce office in Bangalore. It was far beyond what I expected to gain from this programme. It helped me to realise my passion for the engineering and computer science and also for giving something back to the society."

Ajay Shresti, Salesforce.org, Programme Manager India, shared his views, "We know there is a serious gender divide when it comes to technological access, literacy, and influence. Salesforce is proud to be partnering with startups like Unherd to engage, empower, and educate girls from marginalised communities for a career in technology."

Unherd aims to make apprenticeships and mentorship a way of living—it wants to make it a norm for students to obtain experience in their field of interest before joining the course. Unherd is currently based in Bengaluru, but the organisation plans to expand this opportunity to other metro cities like Mumbai, Pune, and Hyderabad this year.

Unherd is also starting a full-time mentorship programme where students can interact with a mentor to gain clarity about their fields and how to go about achieving their dreams. The mentor volunteers 30 minutes of their time per week, and the programme takes place over a course of three weeks. The interaction happens via phone, skype, or email. The student based in India shares queries about their career choices with his/her mentor who might be sitting on the other side of the continent.

Varun Singhi, a full-time IT professional volunteered his time with Unherd to mentor Amrutheshwar, a grade 12 student for a career in computer science, "With vast volumes of information so easily accessible via the internet, it is likely that students might take the wrong path, so I felt the need to share my insights with them. That is when I got in touch with Unherd and volunteered to be a mentor. Unherd facilitators did a great job setting the right context and expectations regarding what it means to be an effective mentor."

Although this model is very popular in Europe and the U.S, it is not so in India. Unherd still faces challenges like getting corporates to sign up for these experiential learning programmes. Also, the business seems to majorly peak during the summers and winter breaks. The organisation is ambitious to make these corporate exposures a way of living for students in India and simultaneously get started on the mentorship programme during the off-season.

The startup’s long-term vision is to build a one-stop learning platform where students can connect with mentors across the world or simply sign up for an apprentice programme in the nearest locality. “We want students in India to choose their careers based on their interest, skill-set, and not simply follow the herd mentality. That’s our mission,” says Alister.