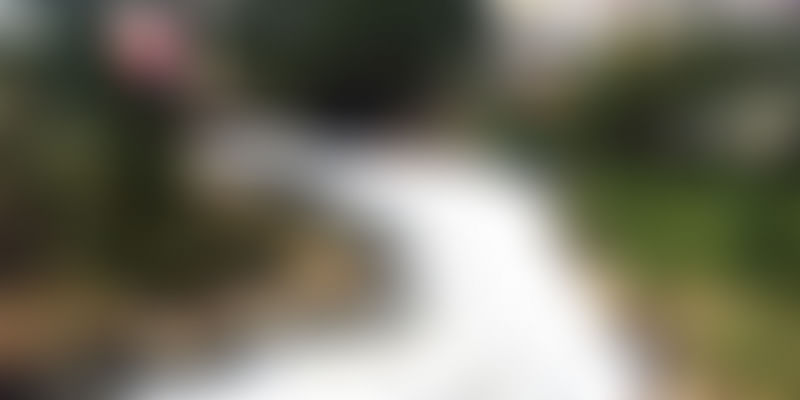 The presence of phosphorous in water bodies contaminated by untreated sewage has become a major concern across India. Even the Clean Ganga Mission is facing similar problems as untreated urban waste continues to be discharged into the river.

The sometimes frothing and sometimes afire Varthur and Bellandur lakes in Bengaluru that caught national attention recently have opened a new urban debate: What percentage of phosphorous should washing agents contain in a sachet, bottle or washing bar?

Researchers led by Prof TV Ramachandra of Centre for Ecological Sciences, Indian Institute of Science, have noted that foaming or algal bloom in Indian water bodies is due to the presence of phosphate in detergents. Untreated sewage from household waste and industrial effluents let into water bodies cause pollution leading to algal blooms.

The IISc researchers believe these two lakes are warning signals for the entire country and have urged the Union government to ban the use of phosphorous in washing agents.

For the last 15 years, Karnataka government officials did nothing except blame the froth on polluting upstream industries and untreated sewage from thousands of apartment blocks on the either side of these two lakes. The government started de-weeding operations and tossed bio-degradables into these waters only after the National Green Tribunal came down hard on it recently.

This nutrient enrichment often leads to profuse growth of invasive species such as water hyacinth, which hinders sunlight penetration. This absence of sunlight leads to decline in algae while the phosphorous gets trapped in the sediment. During pre-monsoon, due to high-intensity winds, the waters churn leading to release of phosphorous forming froth. Foaming is the manifestation of interactions among air bubble, surfactant and hydrophobic particles.

These two lakes are a part of a natural valley system and run by the Bellandur-Whitefield corridor, which is home to many of the city's tech companies, and has witnessed unprecedented real estate growth.

Ramachandra told YourStory that industries that produce detergents have to put an immediate cap of 2.2 percent on phosphorus (phosphorus pentoxide) and a timeframe by which they have to switch to zero phosphorus formulations.

This is a view echoed by Whitefield Rising, a civic conscious group fighting official apathy, which petitioned the Parliamentary Committee on Urban Development that visited the lake bodies in their neighbourhood on June 6.

Prakash Javadekar, Union Environment Minister, had earlier said he would look into banning phosphorous in detergents as most water bodies in the country, including rivers and lakes, were used for dumping untreated urban sewage.

The petition says there is an urgent need for the detergent industry and its representative associations to file an affidavit on the current phosphate and phosphorus content of all detergent powder, liquid and bar brands manufactured by their members. “There is a thriving local industry across the country. They too need to be educated on the harm they are causing the environment,” the petition given to the committee says.

The civic group, based on the findings of Ramachandra's team, states that there is an urgent need to ask for the industry to file an affidavit on the content of triclosan in detergents, and their response to a proposed ban on this carcinogenic chemical, which has been banned in many countries.

Triclosan kills foam-breaking bacteria, and in a water body, especially a fast moving river or lake valley system, it generates tonnes of foam. Triclosan and triclocarban are anti-bacterial and anti-fungal agents found in toothpastes, soaps, detergents, toys and surgical cleaners. They are very potent and only small amounts are needed for anti-bacterial action.

The researchers have also suggested that a timeline be set to switch to full biodegradability in surfactants. The primary function of surfactants is to break down interface between water and oils or dirt. Surfactants are one of many different compounds that make up a detergent and are added to remove dirt from clothes, skin and household articles.

The Clean Ganga Mission, a programme that the Modi government has taken up in earnestness, has also witnessed a similar challenge. An officer on the condition of anonymity said the tonnes of untreated domestic and industrial sewage that has been let into the holy river as it courses through the north Indian plains has already taken its toll on the immediate environment. “It has polluted groundwater along the river banks. The STPs that are coming up will not be enough to treat all the effluents released into the river. The challenge is to attack the cause,” the officer added.

The Parliamentary Committee chairperson Pinaki Misra said the committee would make strong recommendations to stop such frothing and ask the government to get to the root of the problem – that is ban the use of phosphates.

Ramachandra has met Union ministers and Chemicals and Fertilizers ministry officers to impress upon them to immediately ban phosphates. “As a first step, the industry should put a label declaring the phosphorus content and biodegradability percentage on all products to enable citizens to protect India’s diminishing water and environment. This can be done by simply introducing BIS standards to eliminate the need for phosphorus in detergents, laundry bars and cleaning agents that are used by both industries and households,” he says.

In future, it may be even necessary by law to make all sewage treatment plants remove phosphorus from their treated water. Otherwise it is only a matter of time that water bodies in urban areas start frothing and foaming just like the Bellandur and Varthur lakes.