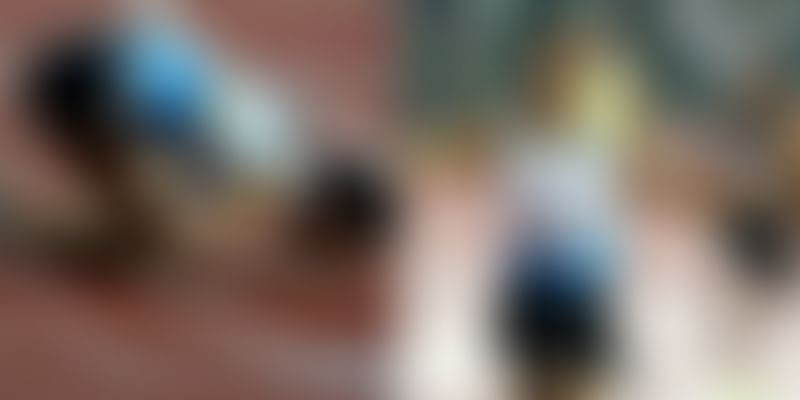 India won five gold medals on the final day of the Asian Athletics Championships that was held in Bhubaneswar from 6 to July 9, 2017. With a total of a dozen gold medals, India is at the top of the standings.

Neeraj Chopra (men's javelin), Govindan Laxmanan (men's 10,000 metres) and Swapna Burman (women's heptathlon) along with the men's and women's 4x400 metres relay won gold medals in their respective events. Neeraj, who had made waves at the world level, also created a new record with an effort of 85.23 metres. Davinder Singh Kang of India won the bronze medal. Gopi Thonakal made it a 1-2 for India in the men's 10,000 metres by winning the silver. Jinson Johnson fetched a bronze for India in the men's 800 metres.

India thus took the top spot in the medal standings with 12 gold, five silver, and 12 bronze. This is the best performance by Indian athletes at the Asian Championships so far. Their previous best finish was in the last edition in 2013 at Wuhan, China, where they finished third with four gold, five silver, and four bronze.

The final day was, however, not without its share of controversy as Archana Yadav, who crossed the line first in the women's 800 metres final, was stripped of the gold medal for pushing Nimali Waliwarsha Konda of Sri Lanka during the final stretch. Yadav had produced a powerful sprint in the final stretch to register a time of two minutes and five seconds. However, following her disqualification, Nimali who posted 2:05.23, was awarded the gold while her compatriot Gayanthika Thusari took the silver with 2:05.27.

Fumika Omori of Japan, who had originally finished fourth with 2:06.50, was upgraded to bronze. However, the spectators at the jam-packed Kalinga Stadium soon forgot that disappointment as the other Indians made it a day for them to remember.

Chopra had a slow start to his campaign in the men's javelin with progressively improving efforts of 78.39, 78.54 and 83.06 metres in the early stages. He produced 80.99 with his fourth throw, but saved his best for the last, clinching the meet record and the gold medal with his fifth attempt of 85.23 metres. BA Ahmed of Qatar won the silver with a best attempt of 83.70m while Kang managed 83.29. After the event, Kang said,

I am not in the best of shape as I had a niggle in my shoulder. I had an MRI test done recently. But I am confident of winning gold at the World Championships next month.

Earlier, Burman won the second gold of the day for India with a total of 5,942 points in the women's heptathlon. Meg Hemphill of Japan won the silver with 5,883 points while India's Purnima Hembram bagged bronze with 5,798 points. Laxmanan, on the other hand, ran a tactically superb race in the men's 10,000 metres. He was part of the leading pack throughout the 10,000 metres final before producing a strong sprint in the final lap of the 25-lap race to leave his rivals far behind. He registered a time of 29:55.87 while Gopi clocked 29:58.89. Adilet Kyshtakbekov of Kyrgyzstan took bronze with 30:06.65. This was the second gold medal at this meet for Laxmanan. Laxmanan, who had won gold in the men's 5,000 metres as well, said,

It was a technical race. I am happy to win a medal. Now the target is the World Championships.

In the final of the men's 4x400 metres relay, India faced a strong challenge from Sri Lanka in the early stages. Kunju Muhammed, who started off the race for the host country, could not keep pace with Sri Lanka's T. Dhananjaya and India got the second place after their fellow South Asians at the first baton exchange. However, Muhammed Anas ran a powerful second lap to give India a comfortable lead. Amoj Jacob struggled a bit during the third leg as Sri Lanka's Kalinga Kumarage seemed to make up some of the lost ground. But Rajiv Arokia produced some scorching pace in the final leg as the Indians won gold with a time of 3:02.92.

The Lankans took silver with 3:04.80 while Thailand clocked 3:06.48 to bag the bronze. The Indian athletes struggled in the early stages of the women's 4x400 metres final as well. Debashree Mazumdar, who ran the first leg, was in the fourth spot when she handed over the baton to Jisna Mathew. Jisna displayed excellent speed to surge into the second spot before MR Poovamma did well to take the lead during the third lap. There was a bit of a fumble when Poovamma was handing over the baton to Nirmala for the final leg. But the latter recovered to run a superb last round as the hosts registered a comfortable win with a time of 3:31.34. Vietnam was almost two seconds behind at 3:33.22 while Japan got bronze with 3:37.74.