Meet Bhavna Singh, the woman who travelled to Antarctica to help promote sustainability in India 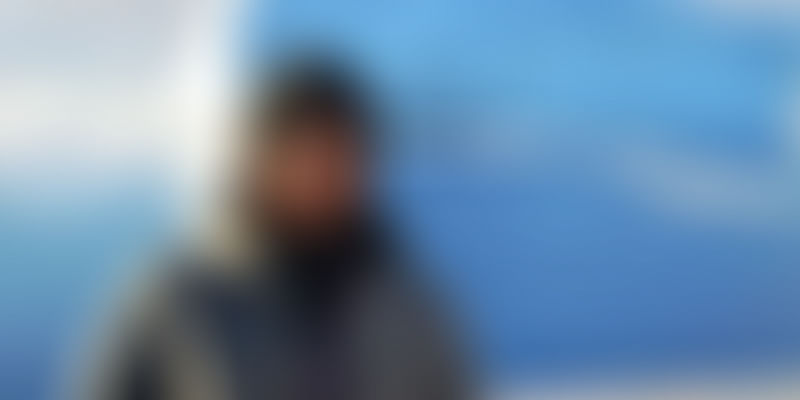 Refuse, reduce, reuse, repair, and recycle! This is the 5-R motto that a 27-year-old resident of Bengaluru, Bhavna Singh, follows to lead a sustainable lifestyle.

As Prime Minister Narendra Modi pushes for a Swachh Bharat or Clean India movement, the country still has a long way to go. This is what Bhavna Singh believes. This 27-year-old was selected to be on board for the ‘Leadership on the edge’, programme of the International Antarctic Expedition, 2017. She hopes to use her experience to bring awareness about environmental sustainability in India.

Starting on a green path

In September 2014, Bhavna, an employee of Infosys, moved to Bengaluru from Delhi. She bought an affordable place near her office which overlooked a lake that was littered with plastic. Every morning, she had to walk along the lake to reach office. With a handkerchief covering her nose, she would hope with every step that the garbage would disappear.

“I did this for a year, ” says Bhavna. “But then it hit me — every plastic object matters. This could include the toothbrush that you use, the bag of chips you had at the movies, all of that is just going to stay even after you are gone and give out toxic gases.” Bhavna started to research the effects of plastic and waste disposal. She discovered how while it takes a minute to make plastic, it takes 300 years for plastic to decompose. This is when she began her own experiment and collected every single piece of plastic she consumed.

After seven months of collection, Bhavna realised that she had used a staggering amount of plastic and it was now the time to act. Learning from this experiment, she began to implement her 5-R process to change her lifestyle.

5 R’s towards a revelation

Bhavna slowly began to change her lifestyle. “First step was to reduce the use of plastic which was hard to recycle.”

Politely, she began to refuse polythene at shops and carried reusable bags while travelling. By doing this, Bhavna reduced her own carbon footprint. Being conscious and proud of her decisions, she realised that it was time to take the next step—getting communities involved.

Working on her 5-R motto—Refuse, Reduce, Reuse, Repair, and Recycle—Bhavna began researching on how to spread this awareness in her community. Watching a TED Talk ‘Leadership on the Edge’, introduced Bhavna to Robert Swan and his mission. Robert Swan, known as ‘the first person to walk on both poles’, is an advocate for renewable energy and protecting Antarctica. An inspired Bhavna applied to be a part of the International Antarctic Expedition, 2017. After a challenging selection process, she was chosen as a member of the team that would travel to Antarctica with Robert Swan.

Tip of an iceberg

Even though Bhavna had been selected for the mission, raising funds as a middle-class Indian woman was a challenge. “The sponsorship part was challenging,” she speaks of the difficulties she faced in raising Rs 10 lakh for the 10-day expedition. “It looked impossible at first, but through sheer will and determination I was able to raise 80 percent of the amount,” she says. There were times when people asked whether she was an activist or an environmentalist. When her response wasn’t satisfactory to them, they persisted. “Why should we fund you? You don’t have any credentials?” Moving past criticisms and judgments, Bhavna was able to find people and corporations such as The Himalaya Drug Company and Infosys who believed in her.

Voyage to the seventh continent

Bhavna’s journey with the International Antarctic Expedition not only showed her a convergence of cultures and ideas, but also a generation of active solutions. The expedition comprised of 55 individuals from all walks of life. There were writers, scientists, journalists, engineers, entrepreneurs, and students. Solutions for individuals to community varied with ideas of having plastic-free households to reducing fossil fuel consumption.

Together, the voyagers gained “a fresh perspective on how to make our planet more sustainable.” Sailing through Drake Passage on rough seas, eventually led them to large undulating pieces of white land. Bhavna relishes how Antarctica is “the only piece of land which humans couldn’t invade; the continent that holds the mystery of our past and a window to our future.” Experiencing its beauty left a lasting impression on the voyagers. They formed small groups for brainstorming sessions. “Someone had a mountain named after her in Africa, and another drove a battery-operated vehicle up to Ladakh to spread environmental awareness,” says Bhavna. There were others who hoped to introduce sustainable packing techniques in the agro-industry. All these passionate individuals had come together for one cause—to equip themselves with tools to fight climate change.

Their days were filled with supervised and restricted encounters with this magnificent continent. Each night, their conversations ended with how they could preserve such a place.

From wildlife to landscape, every moment was magical for Bhavna.

My favourite encounter was in Mikkelsen Bay, where our small boat, Zodiac, stood still while a humpback whale passed dangerously close. The highlight was when the whale snorted in my face!

A gleeful Bhavna ran around the ship telling everyone she had been “blessed” by the whale.

She saw incredibly beautiful sunrises and sunsets. There were icebergs three times the size of their ship. However, in spite of the natural wonders, “a bright, sunny day could change into a stormy landscape in a matter of minutes.” At times, there were thunderous sounds of calving glaciers and other times, yakking penguins. On the last day of their journey, the voyagers went on a final hike in shared silence, devoid of any piece of technology. As they hiked, Bhavna felt how their “collective journey rang through the crisp air.”

This once-in-a-lifetime experience has been extremely rewarding for Bhavna. “Challenging? Yes. Passing by Drake Passage—one of the roughest seas in the world—was a memorable part of the trip.” In spite of the seasickness, storms, and cold weather, she believes that the sheer beauty and the immaculate environment Antarctic offered, outweighed any challenges.

Visiting Antarctica was just the beginning for Bhavna. She plans to use her 5-R strategy further and promote the importance of approaching sustainability responsibly. The Himalaya Drug Company has invited Bhavna to give a talk on environmental sustainability. Bhavna also plans to connect with various schools and organisations to sensitise people towards leading a sustainable lifestyle.

Antarctica holds the key to understanding earth’s dynamics and protecting it. In order to fight climate change, Bhavna has learned that change must come from us first. She quotes Robert Swan—

The greatest threat to our planet is the belief that someone else will save it.

Believing that anyone can be a changemaker is what set her on such a mission in the first place.