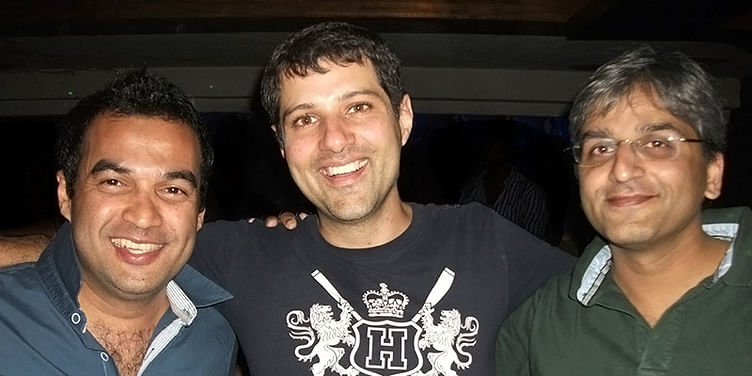 BookMyShow on Monday announced that it has acquired Burrp, the Mumbai-based food and restaurant recommendation engine, in an all-cash deal with Network18.

This Network18 divestment has been made to Foodfesta Wellcare, Burrp’s parent company and a subsidiary of BigTree Entertainment—BookMyShow’s parent company. The acquisition includes transfer of Burrp’s key assets to BookMyShow, including employees and existing restaurant partnerships.

Founded in 2006, Burrp is one of the oldest food tech companies in India. The platform currently lists over 60,000 restaurants across 14 cities. In addition to listings, Burrp recently ventured into offer redemption and couponing, along with ticketing of F&B events.

The BookMyShow team added that the acquisition was completely in line with their current offerings. They said that Burrp will complement their existing movies and events business and help BookMyShow create food-led experiences around them.

Mansi Vora, Head, Mergers and Acquisitions, BookMyShow said that movie watching in India had evolved tremendously over the last few years. And since movie going is a social activity, with food being an integral part of that experience, Burrp fits the bill completely. In addition to listings, Burrp recently ventured into offer redemption and couponing, along with ticketing of F&B events.

BookMyShow already offers its users the option to pre-book their F&B at cinemas while booking their movie tickets.

“This way, users are able to choose from exclusively curated offers and combos and save themselves the hassle while watching a movie. This vertical experienced a six-fold growth between 2015-16 and 2016-17 on BookMyShow,” said Mansi in a press statement issued by the company.

Apart from the F&B vouchers, BookMyShow also offers MyCoupons—exclusive and free discount coupons for restaurants and cafes in the vicinity of the cinema that a user is visiting.

With a validity of two days (including the day of the movie show), a user can pick up to two Free MyCoupons right after making the seat selection on BookMyShow and redeem at their preferred restaurant or café by simply showing the received e-mail or SMS to avail fabulous discounts.

This offering is now present in over 80 cities across India. BookMyShow has partnered with more than 2,100 food retail brands right from local city food joints to popular national chains, including McDonald’s (Hardcastle Restaurants), Chaayos, Mainland China, Dunkin Donuts, Barbeque Nation, Subway, Bikanerwala, etc to cover a total of more than 6,400 outlets around 1,100-plus cinemas across these cities.

This is BookMyShow’s third acquisition of the year. In January the company had acquired Hyderabad-based MastiTickets, and in February it acquired Pune-based DIY event platform Townscript.

No stranger to the acquisitions game, BookMyShow had acquired Chennai-based online ticketing player TicketGreen in 2013, followed by the purchase of a majority stake in Bengaluru-based social media analytics startup Eventifier in 2015 and the acquisition of Chennai-based fan relationship management (FRM) solutions provider Fantain Sports in 2016.

Last year, the company had raised its fourth round of funding of Rs 550 crore from Stripes Group and also ventured into the southeast Asian market. While continuing to be an undisputed leader in the ticket booking space, BookMyShow is now seeing competition from Paytm, which also acquired Insider.in, and Alibaba Pictures, which is looking closely at India, with its recent acquisition of Chennai-based Ticket New.