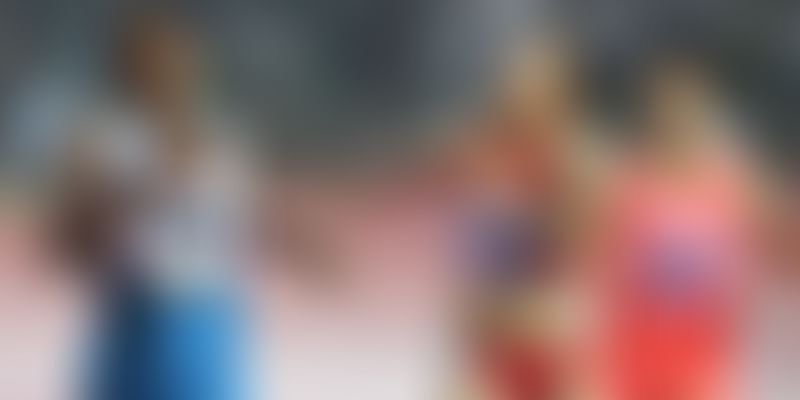 She was 12 when her physical education teacher spotted the potential in her to be a great athlete. He decided to train her with the little resources they had in their village. But she was too poor to afford shoes, and ended up running barefoot.

Meet PU Chitra, the reigning "Queen of Asia in the mile" who won the gold in the women's 1,500m race at the 22nd Asian Athletics Championship 2017, held in Bhubaneswar recently. The mile is considered one of the toughest races to run.

Image: FirstpostShe surpassed all expectations and braved rain to win the gold for India. She finished the race in 4.17.92 minutes breaking her personal record by seven seconds. She told The Times of India in an interview,

"Before entering the track, all I wanted was a medal as usual. But in the final, with 250m to go for the finish, I got a sudden energy and surged ahead and finished first. It was surreal and it was great to be called Asian queen in the mile."

The Kerala government has awarded her two cars for winning the Asian School Championship. She, however, has different priorities. Speaking with Oneindia, she said,

"I need a job. I need to help the parents, who are now struggling with farming."

Chirta, who hails from Munrad village in Palakkad district of Kerala, is one of the four children of daily wage earners.

Most often, athletes get to be in the limelight for a few days or weeks after a win like this. Eventually, they are forgotten and India goes back to celebrating cricket and cricketers. As long as athletes and non-cricket sports champions struggle to get their basic needs met, we will keep hearing stories of them selling their medals to buy food.