GPS and the new maps of the world 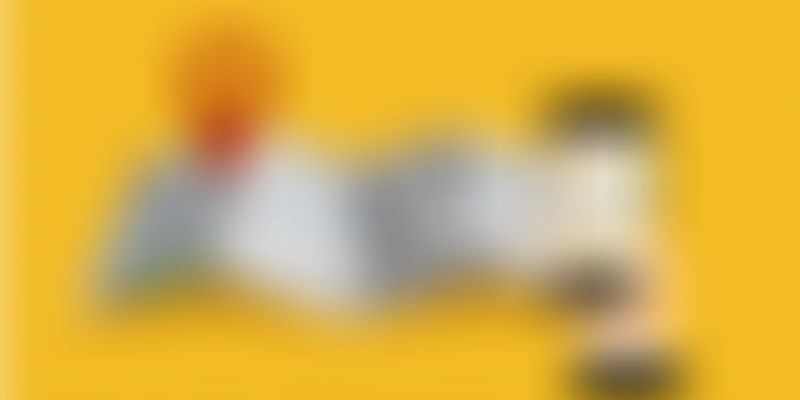 The taxi driver had absolutely no idea about the city he called his home. It had been 2 years since he moved to Mumbai, but he was clueless about the most basic destinations- Fountain, Nariman Point, Bandra. His modus operandi was to hand over his phone and ask the passenger to key in the details of the destination and then he would blindly follow whatever the GPS told him. My colleague who had engaged his services spoke to him and discovered that while he continued to be closely connected with his family back in UP, thanks to his mobile phone, the city that was now his home had taken on a virtual character. The GPS was real, it was the roads that had stopped meaning anything in a physical sense to him. He lived in a settlement along with other people from his part of the world, encased in a digital bubble of GPS and youtube. Mumbai for him was roads and buildings, and geography was a video game.

GPS has not only transformed how we travel, but it has also changed the way in which we think of ourselves in relation to the world. At its heart, the ability to locate oneself in a moving real time map is an extraordinary functionality. With several other layers of intelligence being added on it, GPS allows us to make sense of and to use, a world that is constantly on the move in a variety of very useful ways.

In an earlier time, the compass was armed with only one piece of knowledge, and we found a way to navigate the vast uncertainties of our world using the one thing we could know for sure- the direction where North lay. The map gave us a detailed two-dimensional but fixed view of the world. Places now had names and locations. Today GPS has helped insert time into space allows us to frame the world from the perspective of the traveller.

As with all new technologies that begin to shape our lives, one wonders how one ever got along without this. In the world before GPS, road maps were an essential part of the glove compartment. I can remember maps spread untidily on the lap as some member of the family tried their hand at navigation. Only a few people seemed to possess the ability to make sense of a map, which were rudimentary in any case in India, and smooth map-based navigation that a rarity. And of course, after using the map unsuccessfully, one still had to fold it back into its previous state of impossible neatness.

But while the struggles with roads and destinations might have been more or less laid to rest, GPS also alters how we experience space, time and even our own selves. The dependence on GPS makes us detach from and even distrust our senses. We get pushed back into our vehicles; having already been shielded from the outside thanks to air-conditioning we are now hemmed in by knowledge, feeling no need to interact with our surroundings. Like the Mumbai taxi driver, we experience the world second hand. In the case of a mismatch between what we see and what GPS tells us, often it feels as if it is reality that is making a mistake.

With GPS, every road journey becomes a test that we need to excel at. The drive becomes a battle against the road as we try and take the faster route, intent on saving those 3 minutes that the GPS will help us with. Real time information, makes the future part of the present and we need to juggle both. We see what is about to happen, and we get armed with the means to change the script. Of course, the greater our ability to look ahead, the more frustrated we get when the GPS reacts too late. The blue line turns grey and then a deep red just as we roll in at the tail-end of a massive jam.

Increasingly, the new technologies of the digital kind are relocating us in a world where we can keep track of all the multiple streams of our life simultaneously. Time is experienced horizontally and does not have to wait its turn to register; we can keep track of people who mention us, events that are of interest to us, conversations that we wish to be part of , all the while living our primary lives. The dot on the GPS, the free flowing nature of timelines on social media- our lives are now concretely visualized as ceaseless and simultaneous flows. This means that we are distracted eternally, but we operate as command centres, keeping an eye on our multiple lives and retaining a sense of control over these.

Today, we are a place on the map. To be more exact, we are the moving dot that inches its way forward on the a moving map. We have descended into the digital realm, abandoning our perch as users of technology and becoming embedded inside it. The act of experiencing ourselves as technological artifacts, standing outside the self and watching its progress is a surreal experience.

Maps of an earlier era were invitations; GPS is more like an instruction manual. The map was a chronicler of tantalizing possibilities. The map has come to life today and its mysteries, are now a little less daunting. GPS makes maps less about exploration and more about actual access; it focuses on what we need from it. With GPS, destinations speak directly to destinations, and places on the way no longer need to have names. And we are always at the centre of our world in the moving corridor of the self.

This article was originally published in TOI.