A guidebook for the millennial entrepreneur: How to stay a step ahead of your competition 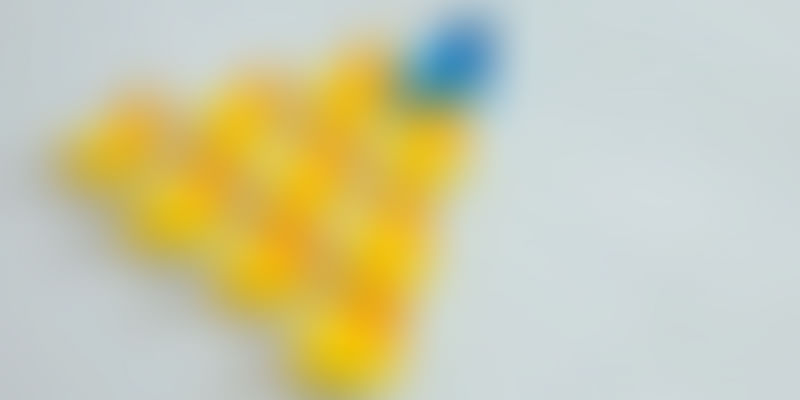 “Competition is always a good thing. It forces us to do our best. A monopoly renders people complacent and satisfied with mediocrity — Nancy Pearcey

It’s true. Human beings are wired to work more efficiently, when they are given the incentive to emerge at the top of the competition. It’s been ingrained in us since school—who comes in the top five in class, who wins the race on sports day, who gets the all-rounder award. We’ve been competing throughout, with ourselves and with those running towards the same metaphorical finish line.

But competition is, arguably, healthy. Without defeating those in your category, for the prize you all wanted, the victory wouldn’t taste half as sweet. While individuals understand the concept of competing their ways through, businesses have begun to emulate the practice as well. In a constantly changing market, it is imperative for young businesses to stay at the top of the game, in order to become recognised and established.

Also Read: All you need to know about making a business plan.

For the millennial generation, the need to stay a solid step ahead of competition, is even greater. More and more millennials are turning towards the hub of entrepreneurship and building their own companies from scratch.

But how do they ensure their space at the top of the ladder?

Michael Jordan once said: “Talent wins games, but teamwork and intelligence wins championships.” And he couldn’t be more accurate. While the concept of building a strong team is not alien to the workings of a successful business, understanding whether each individual member’s goal is in alignment with the company’s, determines the outcome of its collective effort. As someone leading a business which is yet to be established in the local, national or global market, it is imperative that you carry out a series of routine checks, workshops and talk sessions to understand whether your employees are as dedicated to the company’s long-term vision as you are. If they are in it to just build their resumes on the basis of a few months of work experience, then you are hiring the wrong talent. What your company needs to become a force that stands out in the industry, is a team that believes in dedicated hard-work, solidarity, and collective productivity for the long-run.

A give-back that impacts

It has been observed, that companies which offer products and services that ‘give back’ to their customers and the community as a whole, tend to fare much better than others at their level producing target-specific commodities. That is mainly why social entrepreneurship has in a way, always received a greater response from a general audience, than other ventures selling specialised goods and services.

“I am a huge believer in giving back and helping out in the community and the world. Think globally, act locally I suppose. I believe that the measure of a person's life is the affect they have on others,” Steve Nash, former NBA basketball player, once said.

Stay up to mark

Make sure that you build your company in a way, which it is flexible enough to absorb and adapt to the changing local and global markets. At a time when a country’s economy is greatly proportionate to its political climate, hits and misses, highs and lows are an expected reality in any business. It is your job, as a millennial leader, to keep track of the changing trends and patterns in the world of business and otherwise, to deduct whether your company can keep up and cater to the same. With the avenue of social media platforms and the world slowly turning digital, it is easier now more than ever, to monitor even the minutest changes taking place in the global market, political structures, and consumer-behaviours. And to adapt your company to these changes, which in the long run, will help you emerge greater and faster than the others you started the race with.

All of these points add up to the same thing—to make your company stand out, you need to make it unique and effective, a combination which will set it on sail to an island of many profits and victories.

Read next: 6 elements of making a great business plan.