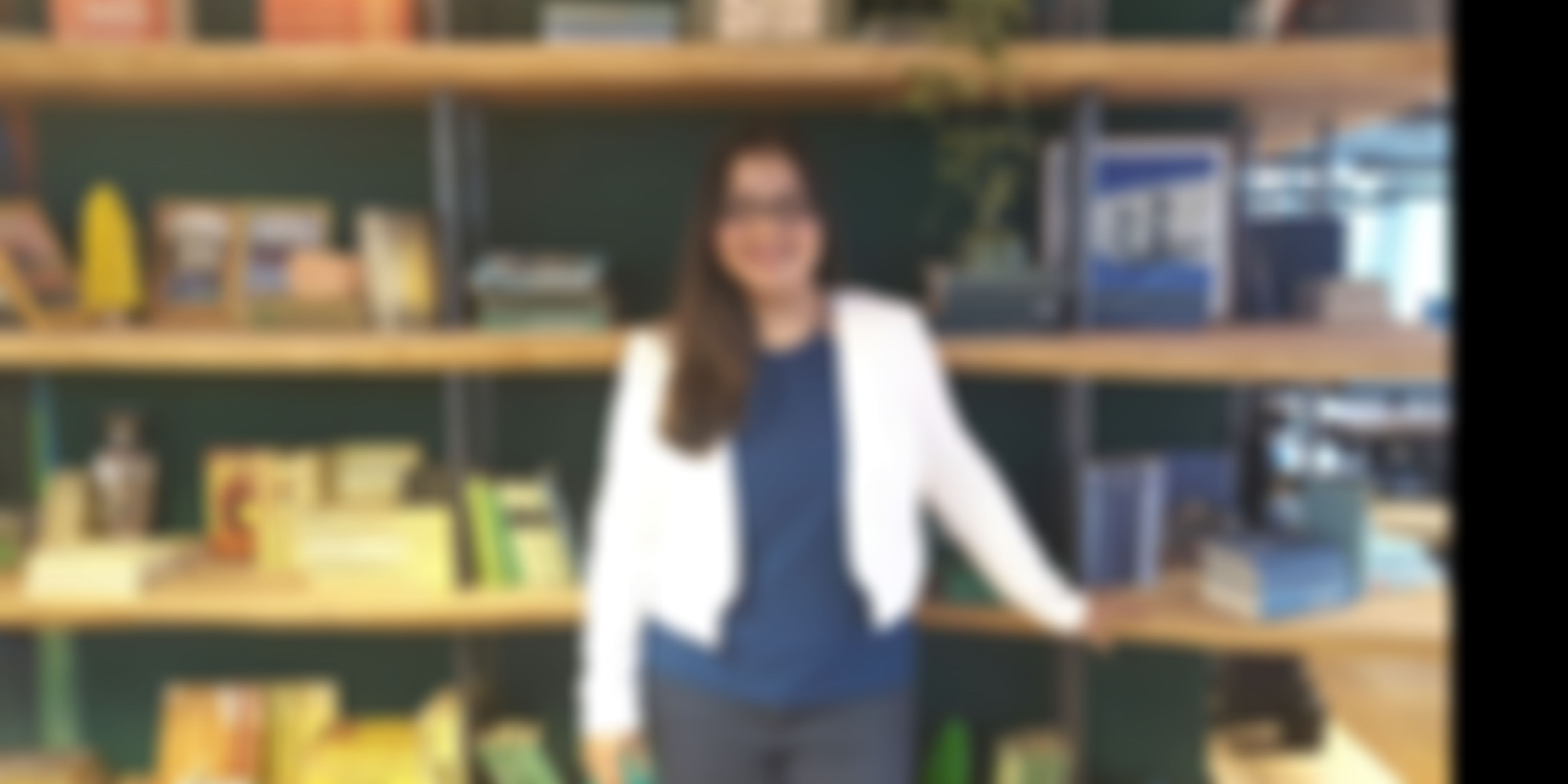 A smile greets me when I enter Mindspace Berlin, a coworking space in the heart of Germany's capital city. The place is posh and very trendy – and the home of the accelerator Startupbootcamp Digital Health Berlin.

Founded in early 2016, the international eHealth expert team just finished recruiting for its second batch. Indian-born Harsha Jagasia (30) has been in the team right from the beginning. As Chief Operating Officer (COO), she ensures that the accelerator program runs smoothly on all levels. With Harsha we talked about how an accelerator is set up, what makes Berlin special, why the ehealth community in Berlin is booming and what she does to relax in busy Berlin.

YS: Harsha, what exactly does a COO at an accelerator do?

Harsha: I make sure nothing breaks or burns. An accelerator has many different phases in each cycle, and my role changes with it. When we are looking for applications, we do startup events around the world – majorly Europe, but also abroad. The idea is not just to find interesting startups for the accelerator, but also to connect with the ehealth experts & influencers in th​at city. During the program, we know the right people in these cities to help our startups scale.

Right now we are shortlisting from 300 teams we narrow it down to the Top 50, then eventually to the Top 20​, and then via speeddating ​​between mentors & startups, we find our Top 10. The third phase is the actual program itself, when we invite the Top 10 startups to Berlin. We give them some pizza money – 15000€, enough to move to Berlin and be comfortable here. But the secret sauce is again in the mentors, experts, entrepreneurs, subject specialists, who share their years of experience​, subject knowledge​ & network in the industry to accelerate the startups.

Our corporate partners also open doors for the startups by exploring partnerships or potential pilots with the selected cohort. These three months we endeavour to be the bridge between startups and the right corporates / investors / angels / industry subject specialists.

YS: So you bring the teams to Berlin. What’s so special about Berlin in terms of digital health?

Harsha: I do not see any city – not just in Germany but in Europe – that shines for digital health as Berlin does. Berlin has 35 research institutes, Europe’s biggest University Hospital Charité, the Max Delbrück Center for Molecular Medicine, the Deutsches Herzzentrum Berlin (German Heart Centre Berlin) and other institutes of the Fraunhofer Gesellschaft and Max Planck Society, as well as the Helmholtz and Leibniz Associations. The cost of living is really low, versus rest of Europe, along with large pool of affordable workforce. Plus, when you consider the fact that Germany is the economic powerhouse in Europe – if your startup is successful in Germany, chances are that you will be able to expand easily in Europe. I think there is some real muscle behind Berlin.

“I do not see any city – not just in Germany but in Europe – that shines for digital health as Berlin does.”

YS: You also worked in health care system in India. What’s the difference between the healthcare industry in India and Germany and Berlin in particular. I think you worked in Hyderabad and in Pune?

Harsha: Yes, my first job was in Pune and it was in healthcare indeed. As a sector, there is huge need for digital health in both countries, so that’s a similarity. But that’s where similarities end. India and Germany are trying to address different problems. They are speaking to different customers. German people hate to pay out of pocket, so the success of startups depends on whether they are reimbursable by insurance or not. That is a huge step for a start​up to pass, and can delay ​its market entry​ by ​6-12 months to.

In India, we do not have statutory health insurance, and that changes the gaps startups are trying to fill. In general, there is lot of synergy between startup ecosystems in India and Germany. In a way, they both grew suddenly and a lot, and now the situation is correcting itself. Post this, growth will take an upward turn again, but in a more stable way. So exciting times are ahead.

YS: Thanks for the insights. India seems to be an exciting market. Why did you move to Germany?

Harsha: I married my husband, he live​d in Paris at that time. He is a serial entrepreneur and I have an entrepreneurial bone in my body too (laughing). Paris is exciting, but not really collaborative. Meanwhile, things were looking up for German startups, so we decided to move; and then Startupbootcamp happened.

YS: Did you find it easy to enter the German market especially compared to France and some other ecosystems where close knit groups are seen and for internationals it is kind of hard to step in. What was your impression on Berlin?

Harsha: This is why I like Berlin. In France, people are working in their own close groups, they are collaborative - but amongst themselves. Berlin folks ​are​ very accepting. As long as you know what you are doing, people don’t really care if you just came now or you have been around for 10 years.

Berlin folks ​are​ very accepting. As long as you know what you are doing, people don’t really care if you just came now or you have been around for 10 years.

YS: You also meet many people when you do your exhibition, right? You are also an artist, super creative. So how do you manage both?

Harsha (laughs): I guess, conflicts inspire me. There is always a conflict when you are in India – between regions, between genders, between ideologies. And when in Berlin, there is a cultural conflict. In India, my first identifier was that of a woman. After moving to Europe, my identity changed from being a woman to being an Indian first, that’s very freeing. So I guess such things influence my art.”

Harsha: I have worked with female tech founders and male founders, and I don’t think they should be in any way trying to be more like men founders. We women have a different way of running companies. There is no right or wrong answer to which is the best way. As far as women in tech (as developers) go, I do notice that there is an subconscious industry perception that women are not as good developers as men. Completely unfounded, of course.

YS: Recently, you did a hackathon. A female team did win.

Harsha: Yes. Actually ​that all-​female team that did win the hackathon is also the founding team of Medilad, a team with a Facebook Messenger chatbot that tracks women fertility. They also address questions that women have about their sexuality. I think, this is a very relevant concept, specially for India because women sexuality still evokes a very hushed conversation. With Medilad’s chatbot, it is super easy to be anonymous and clear some air. It’s a fast growing startup, and again, this is an example ​of  women developers ​being on the same stage as men – and outshining them.

YS: One last question, what sort of advice could you give startup founders that want to be successful in Germany or in Europe?

Harsha: Couple of things. One, having a creative idea is cool, but it has to be implementable in the system, specially talking of digital health. We get a lot of applications at Startupbootcamp every year, and quite often, founders find a really cool idea – and now they are trying to find problem that fits it! That doesn’t work with healthcare! It might work with fintech, or e-commerce. In healthcare, if the market gap is a square, it needs a square! I recommend startups to take a bird's eye view of the ecosystem – see where they fit in, check out the laws and regulations, and then decide on their course. And having the right mentors is crucial to help navigate the legal & industry framework.

Secondly, I always say that ‘startup’ is a temporary, flexible state, and the aim should always be to move to a profit making company with revenue quickly. Raising rounds is just a facilitator, not the ultimate aim, but quite often, that’s lost upon early-stage first time founders.

YS: Thanks for the great insights! Looking forward to hearing more about the digital health startups you accelerate in the next batch of Startupbootcamp!