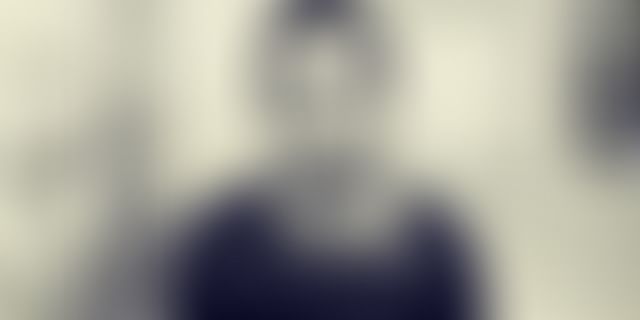 "Everyone has at least one great story. (And sometimes we have even more.)" — Michael Burns

Creativity is something that all writers struggle with. There are just so many potential story ideas that it becomes difficult to zero in on one and begin writing. It's a problem that doesn't diminish with time either; there are several experienced authors who still struggle with a writer's block. It wouldn't be fallacious to say that the issue isn't solely restricted to authors. Scriptwriters, non-fiction writers, advertisement copy writers and even branding executives, often struggle to create new and interesting material. But worry not, for help is at hand in the form of Michael Burns.

Michael Burns who has had his tryst with authorship, filmmaking, editorial and university professorship, is also a writing coach whose mission is to help writers tell their stories in the best way possible. An established figure, Burns started Tall Tales - India's longest-running true storytelling event series - that features live performances and writing workshops of all kinds.

To add to his repertoire, Penguin Random House published his book titled 'Hack into Your Creativity: Story Prompts for every type of Writer.' In it, he attempts to spark his readers' creativity by asking them to write based on a collection of carefully selected writing prompts. We read this book recently and uncovered these key takeaways that all storytellers can benefit from.

Every idea has potential

Burns implores writers to not censor themselves, to let their 'minds run with any idea that comes up.' His advice is sound not only for writers, but for creators of all kinds; whether it be ad copy writers, designers or even entrepreneurs. We are our worst critics and we harshly dismiss most of our ideas as 'useless', even before considering their potential. The problem is, the potential is never going to make itself apparent, unless the idea is pursued uninhibited. The story of an old fisherman's struggles as he catches a giant fish far out at sea doesn't sound promising, but it did win Ernest Hemingway a Nobel Prize for literature.

Abstract ideas can also help you find solutions you couldn't have discovered by thinking pragmatically. Take this prompt from the book for example: "You're trapped in a labyrinth. How did you get there? What's your escape plan?" Is this not the perfect allegory for someone who's working in unappealing job? Or how about an entrepreneur who's struggling to save a sinking business? By freeing our minds from the rules and restrictions of reality, we can come up with imaginative solutions for seemingly unsolvable problems.

Developing characters, whether for a fictional story or to personify a brand, is a difficult task. One thing to keep in mind while doing this is the importance of making your characters real. That is, they can't come across as faultless, infallible protagonists who have everything sorted out in life. They need to have contradictions and neuroses —human qualities that make them more relatable in the eyes of the readers.

For brands, this is an important aspect of their marketing strategy. Consumers today are far more aware than they were two decades ago. Gimmicky slogans and false advertising no longer pay off; they only cause people to lose faith in your business before you've gotten a chance to prove its value. Honesty is one of the most impactful tools in a business' advertising arsenal. Tell your audience the truth, tell them why you're doing what you're doing, and they'll be far more likely to give you business.

Writers and artists have been borrowing ideas and taking inspiration from each other's work since time immemorial. When they find a story or music or piece of art inspiring, they come up with ways to incorporate its essence into their work and give it a new identity. An idea can't be copyrighted or patented, only its execution can. So, it's ok to borrow ideas, as long as you execute them innovatively.

In his book, Michael Burns says that creators should not feel the responsibility to come up with mind-blowing new ideas every time they want to make something. As T. S. Eliot once said: "Immature poets imitate; mature poets steal; bad poets deface what they take, and good poets make it into something better, or at least something different.”

Take marketing for example — it's not like every brand follows a completely unique strategy to advertise its business. They often use the same methods and mediums to spread the word. But a 'good' marketer would know to take the best strategies from each of them and create a new one that stands far above the competition.

Ask the 'why' for everything

We knew it as children but we forgot it when we grew up: there's magic in everyday life. Things that appear to be ordinary are often extraordinary beneath the surface - one only needs to look. The moment you let your curiosity run wild, you as a content creator will find in possession an inexhaustible source of material at all times.

In his collection of stories titled the 'Bazaar of Bad Dreams', Stephen King explains how everyday incidents gave birth to the idea for each story. An altercation between two drivers stuck in traffic, a child writing names in the sand on the beach, and even just looking at a woman sitting in a bus have all served as inspirations for his remarkable stories.

Imagination and creativity, Michael Burns says, can be easily sharpened by inculcating the simple practice of asking 'Why?' to daily observations. There's a story lurking behind the reason why something happens. And asking why it's happening is the first step to uncovering that story. That's what the best authors and artists do. When the answers aren't forthcoming, they invent them. Isn't that the purpose of an artist after all? To provide answers for questions no one asks.

The art of description

Stories are engaging only when they're descriptive. A greater sense of detail can transport readers to the places you're inviting them to go to. Whether it’s a fictional story or an advertising video, a descriptive narrative that captures the essence of your message instantly draws the audience in.

Take JRR Tolkien's writings for example. He dedicates hundreds of pages in his magnum opus 'The Lord of the Rings' to describing the topography and history of Middle Earth in far greater detail than is conventional. By doing so he created one of the most memorable fantasy worlds of all time — one which his readers still remember as though they witnessed it for themselves.

Storytelling is an invaluable part of brand marketing. Stories can be used to engage, entertain, and inform audiences; to forge real, lasting connections with them. A brand that tells its audience a story instead of directly advertising its product/service is able to elicit emotions in people and hence stands a higher chance of turning them into customers. Just look at brands like Apple, Nike, Google, and Lego. They are some of the biggest companies in the world and one thing they all have in common is that their ads are memorable for the stories they tell — be it funny ones, sad ones or inspiring ones.

One thing Burns makes very clear is that storytelling is a skill that requires constant honing. Stop practicing and you’ll soon find that the keen edges of your creativity and imagination have become blunt and rusted.