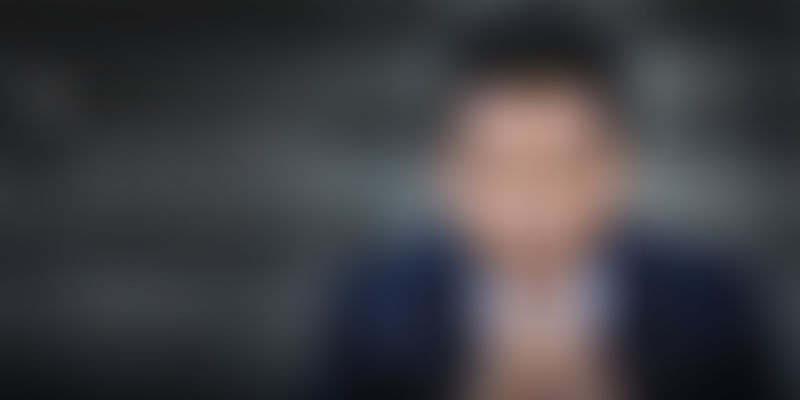 In August 2013, entrepreneur Elon Musk published a detailed white paper titled, ‘Hyperloop Alpha’. Hyperloop was conceived as the quickest, safest, most environment friendly mode of transportation on the planet, moving people and freight within and between cities. The original goal was to move people from Los Angeles to San Francisco in about 36 minutes.

The proposed system consisted of a capsule for passengers or cargo levitating inside a low air pressure tube, with a passive levitation system. With this environment, the capsule could move at very high speeds (average speed of 970kmph) with very little energy, making the system efficient.

Musk and Tesla open-sourced the concept and encouraged others to build on it. Hyperloop Transportation Technologies (HTT), which was founded in 2014 by Dirk Ahlborn and Bibop G. Gresta, claims to be the first company to have taken up the challenge.

YourStory recently spoke to Gresta, the Chairman of HTT, to understand some of the company's recent developments and also their plans for India.

Gresta mentioned that HTT now consists of a global team of close to 600 employees working in different roles across more than 40 countries. The team is pursuing a transportation vision that pairs a reduced carbon footprint with an increased sense of connection across the planet.

Gresta had co-founded the startup incubator Digital Magics SPA, which nurtured more than 70 companies, in 2004 and served as venture partner. He was also a pioneer in the venture capital market in 2011 with two listed companies in the United Kingdom and Germany with investment of more than 70 million pounds (net asset value of more than 100 million pounds). This background makes Gresta a global expert in finance, transportation and media, which he aims to leverage in the development and deployment of HTT.

Talking about the need for a fifth mode of transportation, Gresta noted that the current modes of transportation, be it high speed rail or the metro systems, use old technology that have not seen any significant innovation in the last century. These outdated technologies generally have huge capital cost and also require continuous government subsidies to keep them running.

On the contrary, HTT is different. The team mentioned that they have created a system that can use a combination of renewable energy to generate more electricity than it consumes. This means a cheaper cost of construction and maintenance, a cheaper price of ticket for passengers, and no need for subsidies to be profitable. Further, it does not pollute the planet unlike conventional transportation.

Gresta recently met Prime Minister Narendra Modi in San Francisco and shared the idea with him. HHT’s proposal has also been tabled with the central government, with Nitin Gadkari, Minister of Road Transport and Highways, forwarding the proposal to NITI Ayog for review.

The HTT team is looking forward to working on a PPP model that will allow them to bring foreign investors together with local partners. Gresta said that HTT is working with many local governments and exploring the setting up of operations in countries like South Korea, France, the UAE, and the US.

While the UAE and the US are at more advanced stages of talks and implementation, Gresta mentioned that his interactions with Indian government officials had been quite promising. He believes that a country like India could actually leapfrog and adopt Hyperloop without much difficulty.

Gresta estimated that HTT would invest an estimated $200 million for the first phase of their Hyperloop deployment. He said,

The investment in the first phase is planned to be in the nation that will have the first Hyperloop. We hope that this nation will be India.

While he couldn’t confirm which routes are being finalised, Gresta said that he had met Devendra Fadnavis, Chief Minister of Maharashtra, and discussed the possibility of connecting the Mumbai airport with the new airport in Panvel. Gresta also met four other state chief ministers and had a discussion to set up Hyperloop. The response from the states has been positive. HTT is in advanced discussion with the states for setting up the Hyperloop.

On being asked what he thought of Elon Musk’s new venture, The Boring Company, that aims to bore underground tunnels to ease traffic on the road, Gresta commented that Musk is a very intelligent person and he was in talks with him for possible synergies between the Boring Company and HTT.

Gresta believes that some sections of HTT’s tube-based transportation system could be underground and going underground would actually be one of the best methods for HTT to proceed. In June 2017, Musk had tweeted that he had promising conversations with the mayor of Los Angeles regarding an underground network.

While it has teams spread across the globe, HTT announced in January 2017 that it would be opening a research facility in France, one of its proposed locations. While HTT’s main goal is to make inter-city travel fast and convenient, the company is also reportedly planning to build slower privatised urban Hyperloops for inter-suburb travel.

For now, though, a lot of countries are looking forward to see the completion of the first phase of Hyperloop’s tube-based transportation and see if it could match up to its promises, which if accomplished, could change the world of transportation for the better.