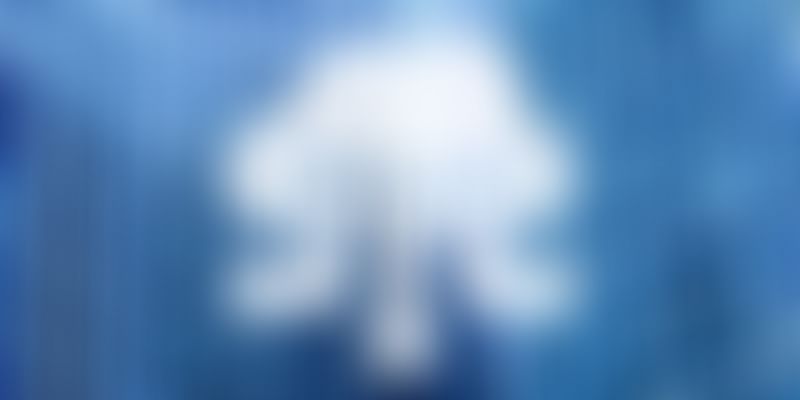 In a data-driven age, Indian enterprises are constantly searching for a cloud model that will best suit their needs. Taking over the traditional Software and Platform as a Service, Cloud infrastructure has taken wings owing to new IT spend coming from small and the mid-sized businesses.

According to Gartner, India's Public Cloud services market is projected to grow 38 percent in 2017 to hit $1.81 billion and the highest growth will continue to be driven by IaaS.

"What's interesting is that while the large enterprises are looking to get more efficiency out of the infrastructure and making decisions to move infrastructure to either 'public' or 'hybrid cloud', mid-sized organisations are actually straightaway getting to the cloud infrastructure, driven mostly by the requirement of their businesses," Vikas Arora, Country Manager, Cloud Business, IBM India and South Asia, told IANS.

"Either the firms are going in for an Enterprise Resource Planning (ERP) deployment or for an HR system deployment or for scaling out whatever Internet presence they may have, like a website, and that really is where the decision is invariably 'Okay, let's not even think about deploying anything on premise and go for cloud,'" Arora added.

For a layman, in the case of IaaS deployment, the cloud service provider manages the infrastructure like servers/storage, networking/firewall and security as enterprises configure and manage their software.

According to Mitesh Aggarwal, Vice President and CTO, Oracle India, with new, modern cloud infrastructure services available, there are high levels of success and satisfaction among businesses that are saving money, cutting complexity and driving exciting innovation.

"Companies are using IaaS to good effect, gaining significant benefits around innovation and speed to market, and seeing IaaS as the best-practice platform for availability, performance and security. Most companies say that a progressive cloud strategy should include enterprise-wide IaaS and that businesses not investing in IaaS will increasingly find themselves struggling to keep pace with businesses that are," Aggarwal told IANS.

"We believe IaaS will only continue to accelerate in India. In fact, owing to the growing volume of digital dependency for a lot of companies, the industry and market are slowly moving towards 'Everything-as-a-service' (EAAS)," noted Parag Amalnerkar, Director Marketing-NetApp India and South Pacific.

Essentially, the requirements of computer, storage and networking are available with mature service providers who are able to offer the IaaS service.

"These companies are developing this (IaaS) as a core competency so that enterprises can focus on enabling their talent to drive towards more innovation-based outcomes. Therefore, this trend will only accelerate. Although the Indian market is not at par with more advanced or experimental markets like Australia, the trend will only continue to grow," Amalnerkar added.

Globally, the Cloud compute services market spanning the banking, financial and insurance (BFSI) sector, IT and telecom, hospitality, healthcare and manufacturing is expected to grow from $23.3 billion in 2016 to reach $68.4 billion in 2020.

At the same time, the awareness about the benefits of Cloud infrastructure has grown multifold in India.

An Oracle research paper last month revealed that more than 50 per cent of Indian companies plan to run their business on IaaS over the next three years.

Over three quarters (79 percent) of businesses in India that are already using IaaS to some extent said it makes it easier for them to innovate.

With over 250 million people with web-connected devices, the market opportunity for IaaS is huge in India.

"As internet connectivity, smartphone penetration and awareness about cloud services, including IaaS, deepens, there is growing adoption of the cloud services in the country. Growth is especially coming from SMBs, e-commerce players and startups who want to leverage Cloud," Aggarwal informed.

Today, we can define "Cloud as a means to deliver anything," whether Internet services or an application that the sender wants to share, he added.

"Any emerging business or a mid-sized business, in this thriving economy, ideally will choose someone with ready IaaS on cloud and skillsets to support their IT requirement, rather than focus on hiring talent and setting up their own infrastructure," Amalnerkar noted.

Evidently, most of the businesses today are ideas enabled by IT and in this booming economy, there is innovation and new business arising every day.

"Given the current conditions of the market, India is very well placed for IaaS cloud ecosystem," Amalnerkar added.