Radiation from uranium mines is wreaking havoc on Jharkhand’s Jadugoda 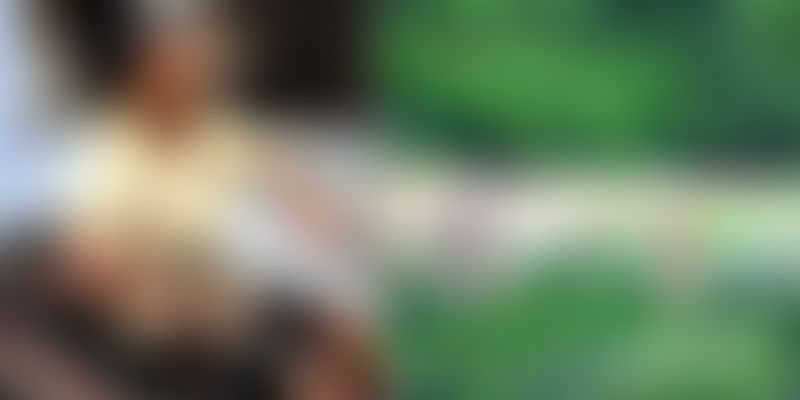 Villagers of Jadugoda say radiation from uranium mines is impairing their children. It is high time the government took measures against it so that a generation is not left crippled.

The body of Guria Das looked like that of a three-year-old when she passed away at the age of 13. Guria was born in 1999 with a condition that constrained her growth. Her father, Chhatua Das recounts how Guria, unable to speak or move, communicated with him and his wife through gestures—a language that only the three of them could comprehend. Born in Jadugoda, in Purbi Singhbhum district in Jharkhand, Guria was one of the many children who succumbed to the health complications due to excessive radiation from the uranium mines.

By 2012, Guria’s bone structure deteriorated and the local doctors gave up hope. Das, an auto driver, grieves that he was unable to afford his daughter’s treatment during her last days. There were conflicting diagnoses by the doctors; some suspected jaundice, others said Guria was suffering from skeletal distortions and stunted growth and some others held a rare genetic condition as responsible. “With each passing day, her backbone became stiffer, while her eyes continued to hold a lot of emotion until the end. We could only give supporting medicines but lost her as I could not arrange even Rs 3,000 for her blood transfusion,” says Das.

Uranium Corporation of India Limited (UCIL), a public-sector unit, has been scraping tons of uranium ore annually out of six mines spread across the hills in Jadugoda. Uranium mined from here is used in making fuel pellets that fire the reactors in nuclear power plants.

“Uranium-related health hazards are endemic to the area,” says Ghanshyam Birulee, President of Jharkhandi Organisation Against Radiation (JOAR), a local activist group working on indigenous rights in this verdant land. JOAR was registered in 1998 and has been raising the issue of the impact of radiation in this tribal belt.

The mines are guarded by barbed wire and masonry walls but the plant’s tailings ponds—dug to hold the waste slurry from the plant—are not out of reach for the villagers. Villages flank the mines that hold mildly radioactive waste in the form of slurry after the production of yellow cake, a concentrate obtained during the processing of uranium ore. UCIL claims that it treats the slurry with lime to remove the heavy metals from it, but Birulee doubts if that can remove traces of radioactivity. In 2008, JOAR tested water samples from around Jadugoda and found that 70 percent of the samples had excess heavy metals like lead and mercury in them.

In Jadugoda alone, there are four such tailings ponds that have remained unmanned for a long time. Only recently, a signboard by UCIL advising people to stay away from the premises has come up outside the ponds.

The Jharkhand High Court has been hearing the issue of radiation levels and the amount of heavy metals in soil and water in and around Jadugoda. The government, in its testimony to the High Court in 2011, mentioned that around half of the mining waste produced is pumped back into the ground and the other half makes its way into the tailings ponds. The government of Jharkhand, when contacted for their response, directed us to their associate Sudesh Kumar for comments. Kumar says, “There are no radiation-affected health cases, even in tribal families residing just a few metres away from tailings ponds. The boundaries of the tailings ponds do not have the presence of cattle or children.”

“In Jadugoda, deformity lurks in many families,” says photographer Ashish Birulee, who is also an activist with JOAR. Ratan Soren’s wife, whose house is located in Chatikocha village right next to the tailings dam of UCIL’s factory, has been ailing from what is suspected to be tuberculosis and is being treated at Tata Main Hospital, Jamshedpur. “It could well be cancer and most such patients in the area are slowly dying in the absence of treatment and proper diagnosis,” says Ashish.

Jadugoda today turns out to be the core of India’s uranium mining industry with almost all the uranium for its nuclear weapons programme and nuclear civil power industry coming from here. “The water from the tailings ponds not only leaches into the ground contaminating groundwater but also meets river Gara, a tributary of Subarnarekha,” says Ashish. Both people and animals depend on its water. Inhalation of radon gas present in these waters is also harmful. The foundation of the first tailings ponds is frail and attempts to increase its height haven’t progressed for years.

Das says that in the 1990s, when Guria was yet to be born, he had begun to notice an increasing number of children with crippled bones and damaged joints in the area. “For years, people here have been facing the ordeal of a mysterious crippling disease and infertility. Most blamed it on evil spirits and consulted witch doctors,” Das says.

“The deformities continue to cripple the children despite some improvement UCIL made in its technology of mining, processing and tailings disposal over the years,” he adds. There is a higher incidence of this disease in areas near the mines as against those further away,” Das says. In the absence of adequate treatment, most of these people have succumbed to the disease. Manav Rajak is one of the few children who survived. He is crippled and moves around merrily in his electric wheelchair. His father says that his requests to UCIL to rehabilitate his son have fallen on deaf ears. “I find it difficult to endure Manav’s suffering caused by his condition,” says Manav’s father.

Alumoni Patro steers her son Mithun, now 20, slowly in a wheelchair. She named Mithun after the Hindi film star Mithun Chakraborty. “Mithun could move normally as a kid. Later, he used to get seizures and his limbs slowly weakened,” she says. Alumoni’s husband, who is now in his mid-50s, fears for the future of his son. Mithun gets Rs 400 a month from Vivekananda Sanstha, a local NGO, for his health care. In the same hamlet, 15-year-old Babloo Patro is mentally challenged. He, too, has no access to rehabilitation.

In the Bhatin village near the Bhatin mines located 3 km away from Jadugoda, where the Patros live, of the 15 households in Chanagiri hamlet, more than two children are affected by what the parents believe to be radiation exposure. One is bedridden while the other is afflicted by mental illness. “I have raised the issue with UCIL persistently but not much has been achieved despite assurances,” says Birulee.

In some villages like Chatikocha, handpumps have been provided and tube wells bored to supply piped water for drinking and for domestic use. Alumoni, however, complains that the residents of her hamlet have nowhere to go to fetch water as both the government and UCIL have failed to make alternative arrangements.

Nobody to hear us out

“Public hearing in 2010 was a farce and dissenters were not allowed to speak,” says Das. Following all this, in 2014, Shriprakash Rajput, activist and the maker of the film, Buddha weeps in Jadugoda, filed a petition in Jharkhand High Court on the perils of the radiation hazard. The court conceded that the situation was alarming and expressed shock on the impact of radiation on public health. The court asked UCIL and the government about the measures taken to safeguard the health of some 50,000 people living around the mines.

Birulee is worried that UCIL will shut down its operations because uranium is almost depleted. He asks who will prevent the ill-effects of the radioactive wastes on the people of the area. Way below normal background radiation, says UCIL

Sudesh Kumar, representing the government of Jharkhand’s view, says that though radiation exists at low levels and there is not much radiation side effect visible in Jadugoda. “Unemployment is a far more serious issue in the area as compared to radiation,” Kumar says.

In its response to Bloomberg News, UCIL clarified that “the radiation level in Jadugoda is quite low and short-duration exposure has no adverse effect on health”. UCIL’s website claims that it is mining very low-grade uranium. So, the radiation level in and around Jadugoda is much below the limit as prescribed by Atomic Energy Regulatory Board and International Commission on Radiological Protection”.

On their website, UCIL also claims that “in response to media reports, UCIL arranged a few additional health and demographic surveys in the vicinity of the facilities. Some of these surveys were conducted in collaboration with the government of Jharkhand and doctors from various organisations like Tata Main Hospital, Jamshedpur and Bhabha Atomic Research Centre, Mumbai. The team unanimously concluded that the disease pattern seen in the vicinity of UCIL facilities cannot be ascribed to radiation exposure.”

So, the UCIL and the government’s position on the issue places it at odds with many local environmental groups and even the High Court. “India needs to rethink its policy on nuclear mining and reduce its radioactive footsteps,” says Birulee. “Until then the government should take up comprehensive long-term studies on the hazards of radiation in the area to allay our fears,” Das notes.