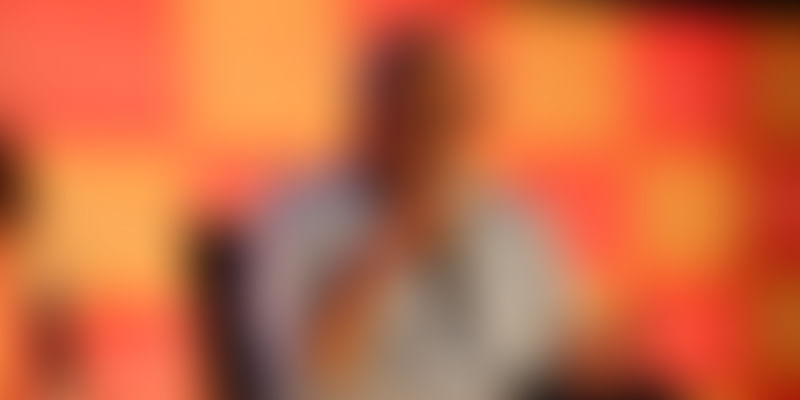 “Startups only make sense if they add value to the economy, otherwise they are not important.” Strong words, that too from the doyen of Indian retail Kishore Biyani.

The Founder and CEO of Future Group has always unapologetically vocal about his views on the relevance of startups in the present scenario, especially when profits are not yet a part of the big picture for many of them.

During a fireside chat with YourStory founder and CEO Shradha Sharma at TechSparks 2016, Biyani stated that he wasn’t “anti-startups”, but merely that he doesn’t see the point of startups if they didn’t add any value to the economy: “I think business should be created for the long term. Once you start making a business for exit, you cannot create.”

In that interaction, which ended with a standing ovation from the audience, Biyani had unabashedly admitted that he had failed at doing business online several times. At the time, Future Group had placed all its online bets on FabFurnish.com, its third foray into the online space after Futurebazaar.com and BigBazaarDirect. FabFurnish too failed to survive.

Less than a year and Rs 300 crore later, Biyani announced in late June that he had decided to write off e-commerce, at least for the next two years. The Group is instead focusing on streamlining its brick-and-mortar businesses, which generate far higher returns.

After last year’s barrage of one-liners, which had the audience in splits, we can’t wait to see what Biyani has in store for us this year. The offline vs online vs omnichannel debate is just heating up. More than a few people are asking tough questions about the viability of startups (9 out of 10 startups fail – there’s no denying that) and whether startups are really making a difference to the economy (we believe they do!). Passions will run high at this year’s TechSparks and when there’s a seasoned businessman like Kishore Biyani in the mix, things are sure to get super-interesting.

TechSparks 2017 is all about initiating dialogue and discussion that have the potential to sharpen the focus on the challenges and perceptions of the startup ecosystem. The focus is on innovators who are in it for the long run to make a real difference, on ideas whose time has come, on people who are looking to drive India’s growth and prosperity (and not just their own). After all, it’s all about making it matter – for everyone.

Head over here to get your passes to TechSparks 2017.

Undoubtedly, the startup ecosystem today supports an entrepreneur with an idea that solves a problem. If there’s a fire in their belly and they’re ready to jump into the fray, even with half-thought-out business models, they often find someone to invest in them. (It’s a different matter that many a time, even entrepreneurs with great ideas and a solid business plan don’t find the backing they deserve.) While some go on to make a mark, the fact remains that success cannot only be measured by another round of funding, but by how sustainable the innovation is, and if it has a clear plan on how it will turn profitable. Because ultimately, a business succeeds only if it makes a profit, and in the larger scheme of things, drive the economy through creation of jobs.

A greater number of startups doesn’t automatically mean more employment opportunities. The jobs will come once a startup starts to build on its financial gains, and has enough money to hire more resources. If a startup is barely managing to make ends meet, then it is surely not in a position to do this.

The other area of concern is the emergence of the me-too players. In recent times, we have seen an increasing number of startups shut down because someone already had the same idea as them and were doing it better. While there is only so much room for healthy co-existence, there has to be a clearly-thought out game plan to stand out and succeed.

The last few years have seen a high-pitched contest for startup investments. But the times are changing and a more grounded picture has started to emerge. Once the dust has settled down after the high valuations and the funding frenzy, then what’s the plan for the long haul? What are the business models that make sense and how can startups turn their business sustainable and profitable?

This year’s TechSparks will focus on these aspects. The idea is to initiate dialogues and discussions that have the potential to drive the focus to these issues in the larger picture. So the focus is on innovators who are in it to make a real difference, whose idea’s time has come, those people who are looking to drive India’s growth and prosperity. After all, it’s all about making it matter – for everyone.

Head over here to get your passes to TechSparks 2017.