How these famous Indian authors published their first book 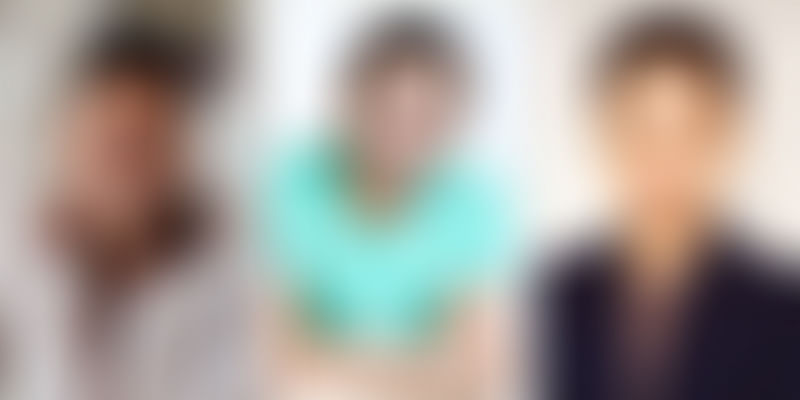 The publishing industry receives on average 2000 to 3000 emails a day about unsolicited manuscripts and close to 2000 to 5000 titles released every month in India. That volume of mail is unimaginable to browse through, and it sometimes takes years just to get a response (that may or may not be auto-generated). So how is it that one person can get published despite all the challenges that he or she may see? How is it that someone can come up the ranks and defy all norms to get published out of nowhere?

Sathya Saran, Editor of Harper Collins India strongly believes that “The author’s identity, the endorsements on the back cover or inside can help commercial success. But unless the book is able to enthrall the discerning reader, it is not worth reading, even if TV or film versions make one believe it is extraordinary,” as stated in The Quint.

Let’s learn from the best of the best and analyse their journeys. Surprisingly, Amish Tripathi, Ashwin Sanghi, Ravinder Singh, and of course, Chetan Bhagat all started off from the management industry, and didn’t have a background in publishing:

I think it’s clear that Chetan Bhagat was the one person to bring writing and publishing into the Indian mainstream with the introduction of his book-to-movie success – 3 Idiots. Through his book, he spoke about passion, friendship, and his own hardships in the simplest way. He was truly for the masses. But how is it that he became so successful? And more importantly, how is it that he was able to sell his idea to a publishing house in the first place without any contacts or prior knowledge of the space? Chetan was rejected repeatedly and had tried his hand at publishing many times. In fact, some of his critics had this to say when they finally realised that his concept had worked:

“He later went to a rival firm and became a publishing sensation overnight, and to this day, our boss complains bitterly that he missed out on the biggest bestseller of the decade because he went by the judgement of three Bengali women—a flawed demographic, if there ever was one!” (As stated by Open Magazine).

That rival publishing house was Rupa, who created magic with his first book – Five Point Someone – by marketing it to the masses. It was snimple, and in Chetan’s own words, “What young India wants is meri naukri and meri chokri,” and that’s what he gave them in his myriad of books with a 100INR price point.

This multimillionaire ex-banker and IIM alumni was extremely risk-averse in the beginning and only quit his job when his first two books sold successfully and the royalty checks became frequent and hefty. His success earned him crores, in addition to a signing bonus. He owes his success to his wife’s determination to get published as well as his dedication to writing something interesting and marketing it accordingly.

Speaking to Wall Street Journal about his rejections, Amish had this to say: “Our main market – the youth — isn’t interested in mythology. There is no way this book can ever sell,’ one editor said to me. ‘Go write a love story. Perhaps base a novel on your college days. That’s what sells,’ another suggested. As far as I recall, more than 20 publishers rejected the book claiming it would never appeal to India’s youth.” With his true dedication to the craft of writing something unique and interesting, Amish has sold over 3.5 million copies and made over 100 crores of revenue for the publishing houses he’s worked with.

Durjoy Dutta may have achieved great success with writing, but he didn’t stop there. Instead, he delved into other creative arenas apart from traditional publishing. He also produces television shows. Durjoy knew that his TG was aged between 17 to 28 years and that relationships were his genre of choice. He knew that ever since he wrote in college.

“My books have sold upwards of two million copies in the last five years. When Only Love Remains and Till the Last Breath are my fastest selling novels, though Of Course I Love You... Till I find someone better else [his first book] did well, too, when it was released and sold 50,000 copies in the first year which took all of us by surprise,” he told The Telegraph India.

How Durjoy succeeded was a miracle of sorts. He got published within months of submitting his manuscript and the quality of the book written was a rising tide where everything was floating. His publishers made a lot of money and Durjoy can cash in close to 20-30 lakhs a year while writing.

Also read: Self publishing is the next big trend in the publishing sector, says Navsangeet Kaur