TV shows that blur the line between the real and reel 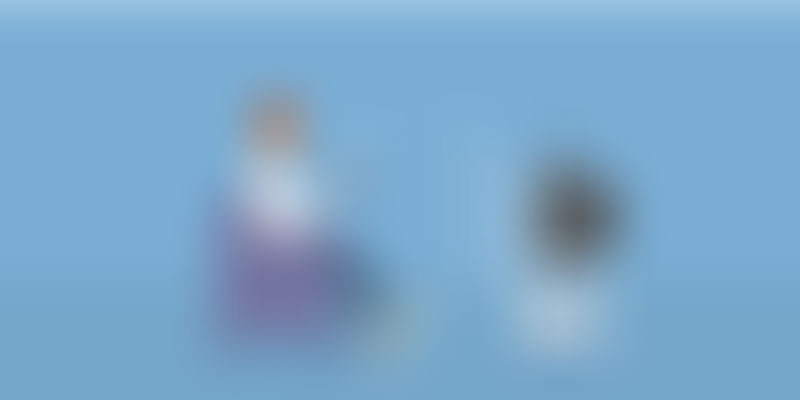 Let’s face it, television series have out done any and every form of entertainment. As a journalist, I’d definitely say that binge-watching ‘The Newsroom’ made me learn a thing or two about the ethics, polarity and idealism within the field, and got through to me in a way that my masters program couldn’t.

My roommate, who works in advertising, always finds a way to pool in an episode of ‘Mad Men’ before hitting the sack. When asked why, she said it helped her ‘hone her craft’. The medium offers us viewers a chance to step into the shoes of characters hailing from a plethora of industries.

It would be prudent to note that this power that the viewers whole-heartedly grant the television gods, aka the show-makers, can be extremely myopic. While the shows we breathe through every break we get, may inform and help us harbor an interest in their subject-matter, they also possess the ability to manipulate our reasoning.

However, amidst the lieu of haters shaming TV shows which allegedly misrepresent certain fields and industries, there are many professionals who enthusiastically follow and recommend some.

And here they are.

Aaron Sorkin’s ‘The Newsroom’ has made quite the impression among those hailing from the world of media, since it premiered on HBO in 2012. Dealing with scores of current and pertinent global issues, The Newsroom is a fairly accurate representation of the hierarchical chaos, departmental politics and ambitious sincerity which can takes place inside a newsroom. Hailed by journalists across the world as a show about the media, that tells it as it is, The Newsroom is certainly the go-to show for those looking to receive a bit of insight into the world of the fourth estate and the people it comprises.

According to a survey carried out among lawyers regarding their favourite TV show about law, 24% voted for ‘L.A. Law’, while 16% voted for ‘Law and Order’, 13% chose ‘Boston Legal’ and 11% picked ‘The Good Wife’. The show created by writer and producer David E. Kelley, who was also the brain behind shows like Boston Legal and Ally McBeal, was an instant hit among lawyers. The younger generation, felt that it was arguably the most accurate TV presentation of how the legal system works. The show also used the power of the television courtroom to discuss matters of abortion, racism, homophobia and other pertinent social issues.

While Bill Lawrence’s ‘Scrubs’ has often been written off as a goofy comedy with Zach Braff being the usual paragon of hilarity, medical professionals have often called it the most accurate representation of the medical field, atleast when it is being compared to the likes of Grey’s Anatomy or House. What you probably didn’t know is that for all of its eight seasons, Lawrence made it a point to get on board, Jonathan Doris, M.D., former resident in internal medicine at Brown, as the technical consultant for the show.

As a result, certain tropes of the show - performing terrifyingly pressuring surgeries for the first time, being unofficially departmentalized into groups on the basis of hierarchies, spending round-the-clock shifts at the hospital and not having the time or energy to maintaining relationships - are all lauded and accurate summarizations of a doctor’s life.

Add to this, the technical aspect of the show, which determined the kind of symptoms that were associated with a certain disease, the names of the tools and surgeries as well as several minute details about the effects and recovery processes, were extremely well-researched and mostly credible.

Once you get past the sheer artistic beauty that is depicted in this Matthew Weiner creation, you will realize that the ethics and rules that their version of advertising abides to, are pretty much the same that is followed in the industry today. With well-moulded characters like Donald Draper, who many defined to be the perfect antihero.

It also portrays the politics, battle of wills, ego clashes and hierarchical realities of what actually takes place in an advertising firm, as well as the many lengths that its proponents have to go to in order to secure and maintain their top clients.

This show about the real lives of successful designers, premiered on Netflix earlier this year. In these few months it has managed to garner a following that gives even Project Runway a run for its money! With dominant names in the industry, like Platon, Elisabeth Biondi and Ilse Crawford offering an insight into their daily lives and the minutest details they need to adhere to for their designs, Abstract is definitely designed on the reality of the fashion world- as claimed by the designers themselves!

Silicon Valley is perhaps one of the most honest and comic summaries of what actually takes place in the world of technology. It provides an insight into what it is like to being entrepreneurs, looking to make it big in the kingdom of Silicon Valley. The story follows Richard Hendricks and his little group of misfit developers who are struggling to build a company, raise funding from venture capitalists while trying to improve upon their compression algorithm to substantiate a fool-proof product.

The America depicted in Beau Willimon’s political thriller has often been likened to the current state of affairs since Trump took over. Underwood’s skill at ‘distracting’ the American public with mundane problems, a rigged election, a presidency under investigation and passing of several controversial laws and alliances all seem to have an uncanny resemblance. The Underwoods played by Academy Award winner Kevin Spacey and Robin Wright are surely as menacing as they come.

While the above-mentioned shows may be the linchpin representatives of the industries they behold, there are several more who come close to making the mark.

Here are some other shows which deserve honorary mentions in this list:

One of the most critically acclaimed shows for crime and drama, The Wire definitely ranks among the top ten list of every TV connoisseurs' list. The show is highly favoured by both former US President Barrack Obama and even had the mayor of Reykjavík, Iceland, Jón Gnarr, to go so far as to say that he would not enter a coalition government with anyone who has not watched the series.

A dark depiction of the politics, corruption and layered practices carried out by the police force, True Detective is another show that pins the point of accuracy. With the first season garnering rave reviews, many hailed Mathew McConaughey's performance - as a surly and troubled detective - to be one of his best so far.

LA Law may have been our top pick for legal accuracy, but Better Call Saul, a spin-off of the popular TV series Breaking Bad, is another favourite among lawyers who have claimed it to be a fair representation of the daily life and struggles of a lawyer.