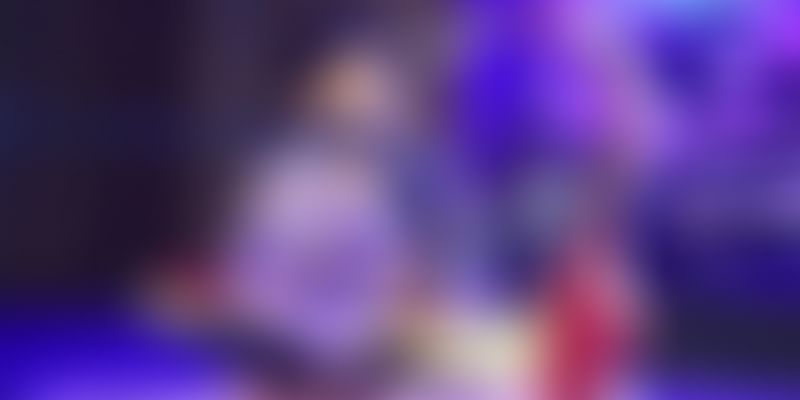 PhotoSparks is a weekly feature from YourStory, with photographs that celebrate the spirit of creativity and innovation. In this photo essay, we feature some of the creative highlights from the Rainforest World Music Festival in Kuching, Malaysia.

My travels this month took me again to the annual Rainforest World Music Festival (RWMF) in Kuching, Sarawak (Malaysia), which is now in its 20th edition. The venue is the stunning equatorial rainforest of the Sarawak Cultural Village – located between Mount Santubong and the South China Sea. RWMF 2017 featured 27 bands from around the planet (see my earlier photo essays from 2016, 2015 and 2014).

Each year, the bands show how they preserve their local cultures and indigenous instruments, many of which have never been seen much outside their home countries. The musicians interpret their cultures for modern times, and the festival also brings them together in interactive workshops and jam sessions.

There were yoga sessions, food festival, and a craft fair as well this year. The audience as usual showcased their own creativity through tattoos, costumes and T-shirts.

In a world of increasing conflict and tension, RWMF sends out strong messages of unity with diversity, creativity along with camaraderie. Join us in this photo essay as we sample some of the creative highlights of RWMF 2017!

How much do we know about our neighbouring country? Here’s the Saing Waing Orchestra from Myanmar, featuring the 13-stringed Burmese harp (accompanied by a range of percussion instruments).

Welsh group Calan played a number of traditional instruments including the pigborn, a pipe made from a cow horn.

The Paradise Bangkok Molam International Band from Thailand played a fusion set with funk and traditional instruments like the khaen, a vertical flute made from about a dozen pipes.

The Taiwu Ancient Ballads Troupe from Taiwan showcased a range of folks songs and this unusual wind instrument, a twin-pipe nose flute, played with both nostrils.

Finnish group Okra Playground showcased some of their traditional instruments, such as this kantele, a plucked string instrument in the cordophone family.

Here's gypsy group Romengo from Budapest, featuring a range of improvised percussion instruments such as a milk-can as well as this wooden trough used for washing clothes and even babies!

The group Pareaso from South Korea took part in a number of jam sessions with some of their string instruments such as the geomungo, a six-string zither played with a short bamboo stick.

The Sarawak Cultural Village, the venue of RWMF, has a number of halls for conducting music and dance workshops, including this room with a collection of string instruments from around the world.

The group Chipolatas, with members from the UK and Australia, had a lot of fun showing unusual ways of playing instruments - such as two people playing the banjo together.

The sape string instrument from Sarawak in Malaysia is traditionally not played by women - but here's the six-member all-women band Ilu Leto carving out new territory. At the same time, the group keeps alive the traditional music of the Iban, Kelabit and Kenyah tribes.

Audience time: A great feature of RWMF is the afternoon workshops, where musicians from around the world describe how they play their instruments such as this marimba from Africa - and let the audience try them out as well.

Some of the workshops also dig into traditional folk dances, such as this one on bhangra by the UK-Indian band Achanak.

Each evening at RWMF featured a drum circle conducted by 1Drum.org, and let the audience become the centre of the show by trying out a range of percussion instruments.

Music and spirit: The activity lineup this year at RWMF expanded to include yoga workshops in addition to afternoon and evening musical performances.

Art and Crafts Fair: The state of Sarawak in eastern Malaysia is rich in art and culture, and many paintings and handicrafts were on display at RWMF.

Participatory art: A doodle wall let audience members, including children, try their hand at drawing and writing creative messages for all to see.

As usual, the audience at RWMF rose to the occasion and drew appreciation for coming in a range of creative costumes.

Dedication: Even a torn ACL ligament did not keep this fan away from RWMF.

Hmmmm, now that's a serious tattoo, but what's a good festival without a tattoo shop and dedicated practitioners?

Art with a message: Many creative sayings and quotes were inscribed on blocks of wood and strips of bark, making for good souvenirs.

Heritage at work: Festival visitors could also learn how to make indigenous instruments such as the sape of Sarawak, Malaysia.

T-shirts are a great way to get creative messages across and show off your own zany side. Here's an example; now who is the real you?

More messages on T-shirts, spreading the good vibes at the festival!

Hashtag hero: In keeping with the age of social media, RWMF 2017 was promoted across town with this hashtag.

Unforgettable grand finale: Day Three of RWMF 2017 ended with six hours of music - as well as six hours of equatorial rain. But even that did not keep die-hard fans from celebrating right till the end, and beyond.

We look forward to the 2018 edition of RWMF already - thanks to all the organisers, musicians, volunteers, sponsors and bartenders!