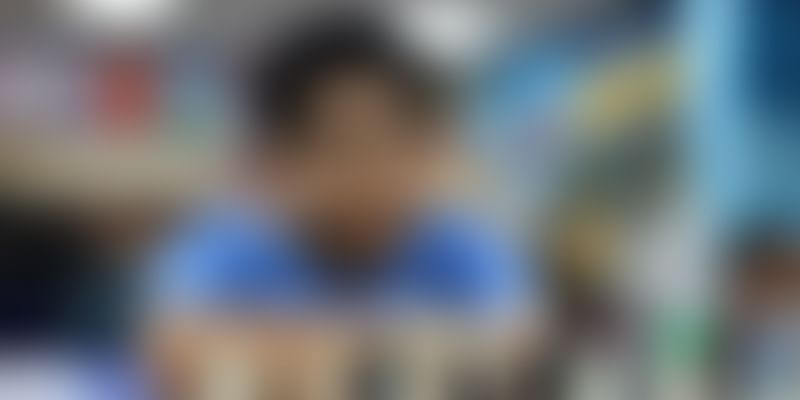 Ten-year-old Raahil Mullick from Mumbai is the man of the moment, after having won a gold medal at the Commonwealth U-10 category for chess. Conducted in Delhi between July 3 and 10 this year, the tournament saw Raahil, a former Asian Schools Chess Champion, finish first, beating 10-year-old National Champion Shahil Dey, of Assam.

Raahil, a Class-V student of Dhirubhai Ambani International School, scored a total of six points at the end of seven rounds. After losing his third round game to Praneeth Vuppala of Telangana, Raahil fought his way back to the top by winning the remaining four rounds.

Raahil's interest in the game blossomed when his father, Prashant Mullick, taught him the basics when he was just four years old. At the age of five, he was placed eleventh at his first tournament in Delhi, after having had just one month of coaching.

Speaking with YourStory, Raahil's mother, Rupali, says that her son continues to surprise his family with his intelligence, and consistent improvement of his game. She adds,

"Since the time his father taught him the basics of the game, he made all of us at home play chess with him for hours together. I then got him enrolled in a coaching class, and he still surprises us by outplaying himself every time."

So how does he balance academics and chess?

“After school everyday, I dedicate a few hours for chess practice, and a few for cycling," Raahil quips.

Since the game demanded long hours of concentration and endurance, Rupali ensuresd her son gets enough physical exercise as well,. She is also quick to point out the sort of support it takes to propel a fledgling sportsperson to recognition and success.

"There were times when Raahil had to miss school for a month and the school was supportive enough to help him with academics by allocating extra classes, It is just a matter of focussing and allocating time efficiently, and Raahil has mastered it at a very young age."

"Developing Raahil's game has been such a joy for all of us. He gives 100 percent to every training session, tirelessly moving the pieces around through innumerable variations and complications. Apart from this, he has many qualities of a champion, and therefore it is not a surprise that we never stopped believing in him despite a few lows and highs.”

Amruta and Sagar (who are also Co-founders of ChessBase India) agree,

"Raahil winning gold today is a logical consequence of his efforts to fight hard and not give up after a loss. This is just the beginning for Raahil., who, unlike most children, is unusually detached from the result of his games. He just focusses on playing the game. He is an intuitive player and has a unique trait of sensing the right move quickly."

The World Chess Federation awarded Raahil the title Candidate Master (CM) in September, 2014, while he has also clinched several titles at both national and international levels. Apart from the recent gold medal at the U-10 Commonwealth stinty, Raahil won Silver in Sharjah Masters International U-10 Chess Championship, 2017, Bronze in U-2000 Dubai International GM Open Tournament, 2017 and Gold in 10th Asian Schools Chess Championship, U-7, Taichung, Taiwan, 2014.

Through it all Raahil has been a cool customer, claiming he has never felt apprehensive or nervous, but rather enjoys the pressure while playing.

Rupali highlights the need to set the right environment for children like Raahil to thrive. She adds on saying,

"Often I come across children who had totally lost their confidence and self-esteem, with coaches and parents not being encouraging enough after a loss. We ensure that Raahil is always in good spirits irrespective of the result of the game and that confidence lead to the patience and commitment he has right now. But none of this would have been possible without his sense of determination and hard work."