Rocketium is helping users to create their own videos 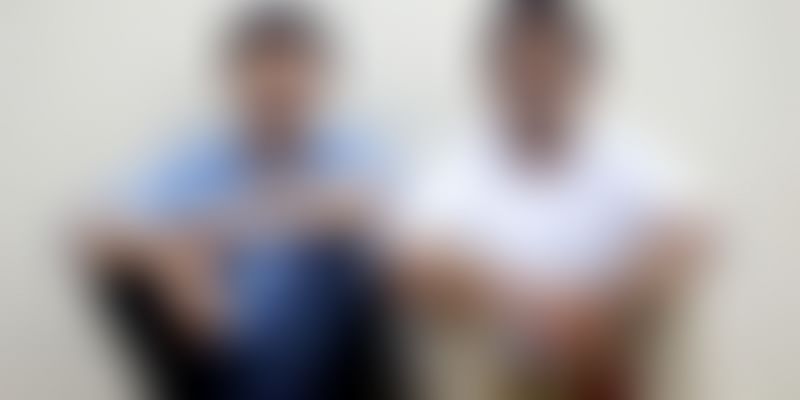 This Bengaluru-based startup helps the new-age consumer make videos just in a few minutes with a simple user interface and powerful automation features on its portal.

In 1894, when Spanish dancer Carmencita became the first woman to appear in front of a motion picture camera, no one knew that 120 years later, videos would become an integral part of human civilisation.

In the past few years, with the introduction of Wi-Fi-enabled gadgets, the scope for videos has further widened. The sheer variety of information available has opened up new and exciting opportunities for digital content creators and their consumers. Bengaluru-based startup Rocketium has been exploring fresh ideas in video-making.

In this age of social networking, spending too much time on social media is often accompanied by the reduced attention span of its users. As a result, videos with overlaid texts have become highly popular. Rocketium enables the creation of such videos in minutes with a simple user interface on its website.

For ex-colleagues Anurag Dwivedi (29) and Satej Sirur (34), finding a common ground wasn’t difficult. Anurag, an IIT Kanpur alumnus, had worked as an analyst at Genpact and as a product manager at TaxiForSure. Satej, a computer science graduate from RVCE and Cornell University had later studied management at ISB. The duo met while working for TaxiForSure.

Anurag and Satej were greatly inspired by the popular video game ‘The Sims’. The show inspired them to create a product that would help an individual learn something quickly and in small bites. Satej drew an outline for their new-found interest and launched a video product in June 2016. He named it Rocketium. Says Satej,

Though this idea was in my mind for over 10 years, it was only in 2015 that it took a shape. We created the name to signify aspiration and positivity using the image of space. Luckily for us, the not-so-specific name stayed constant while our business pivoted.

In 2016, soon after its launch, Rocketium set its headquarters in a co-working space in Bengaluru. The first four months were dedicated to improvising the basic product. Most of its initial users, which also included a few startups, returned to them. The feedback and testimonials collected from these users helped the duo revamp their idea constantly.

While movie-making and video-editing software are easily available in the market, Rocketium enables anyone and everyone, with or without video-making skills, to design their own video. Its simple user interface with tools like existent templates, space to add GIFs, overlaid texts, and selective audio, among others, allows for flexibility while its powerful automation features are a bonus. Most of these videos can be half a minute to 15-minutes-long depending on the user's requirements. Says Satej,

Videos are expressive because they combine visuals, motion, language, and voice. And this is echoed by our target audience, which comprises of businesses that create a lot of content, especially for social media.

With well-documented examples and templates, the web-only version makes the drag and drop, customisation, and porting of the videos to different social media channels easy. Though the first few encounters are free for newcomers, Rocketium also provides a subscription module where the platform opens up more features.

Rocketium is designed to be used without any technical or design experience. Thousands of users sign up on Rocketium each month. It is a simple product which can be handled with intuitive knowledge. This makes it feasible for us to handle support requests with our small team. We want to democratise video creation and so we offer a free version. We have paid plans for $40, $49, and $149 that allow more flexibility, more features, and more videos to be created.

So far, so good

The 25-month-old startup has so far lined up a customer base of 20,000 users from 79 countries. The brands that use its services include Gizmodo, Univision, Sportskeeda, FactorDaily, Manoto, B92, Eventbrite (online commerce), Coldwell Banker (real estate), Piedmont Health (healthcare), HDI Seguros (insurance), and Wolters Kluwer (information services).

The team has eight members who now work out of a two-room office in Bengaluru. Majority of Rocketium's users are based in North America and Europe. India contributes to 12 percent of its user base.

Most of the customers belong to real estate, healthcare, education, or nonprofits. Bootstrapped so far, this 18-month-old company has turned profitable in the last seven months, and is close to its initial round of funding. Speaking about his initial days, Satej says,

We were lucky to be a part of the TaxiForSure journey. The biggest learning was starting from square one, building our own relationships and network.

After seven months of its launch, the company recorded a revenue of Rs 11,00,000 (over $17,000) with an annual recurring revenue (ARR). Talking about customer experience, Satej says,

In just the last two weeks, our users have created over 1,100 videos, which is 10 times more than what it was six months ago.

With 200 paid customers under the subscription module, the company is competing with the likes of Animoto, Biteable and Magisto in the bustling digital media space. The conversion rate from free trial to the subscription module is one to five percent. Most of the users upgrade to remove Rocketium’s watermark and add their own company’s logo or to unlock additional features.

Today, videos account for more than 68 percent of the traffic on the internet. With an easy and improved access to the internet, we will soon know if the years ahead will turn out to be an era of videos and only videos.