With $10mn in Series B funding, RentoMojo brings in a fintech-like leasing model to rentals 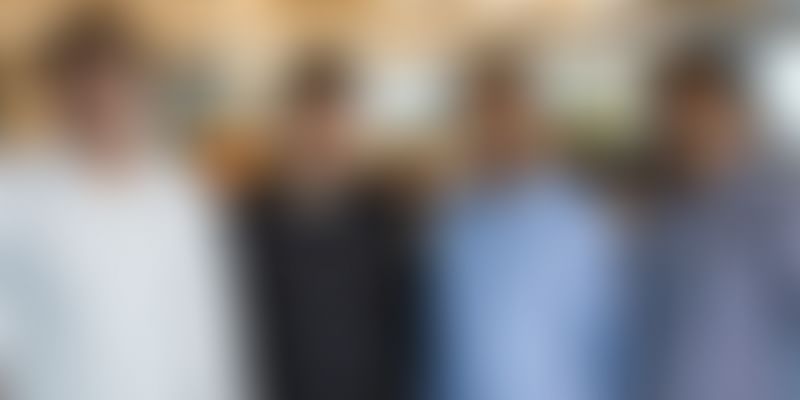 RentoMojo is a Mumbai-based platform that lets you lease furniture, two-wheelers and home appliances, much like a house you might lease. And it's just raised $ 10 million in Series B funding.

When 27-year old Shiv Shekhar was looking for a king-sized bed, a leather couch and a washing machine, the one thought that kept running through his head was: does it really make sense for me to buy this furniture? As a marketing manager for a multinational firm, he had to move across cities quite often. He felt that buying furniture, appliances every time he had to move was an expense he could do without. And while he had the option of fully furnished spaces like Nestaway, YourNest, YourOwnRoom and Homigo, where he could get furnished apartments, he liked the freedom of having his own private space. It was to address these gaps that Geetansh Bamania, an IIT Madras alumnus, started RentoMojo in November 2014.

Including this round of funding, the company has raised a total $17 million. It will use the funds to further strengthen the product, finish building a leadership team, and expand into new categories and geographies. Salil Deshpande, Managing Director at Bain Capital Ventures, and Renaud Laplanche, co-founder and CEO of Upgrade, the founder of Lending Club, will join RentoMojo's Board of Directors.

From rental marketplace to a lease-like model

When Geetansh started RentoMojo, it was focused on renting out home furniture and furnishings for a period of three months. Today, they also rent out appliances and even two-wheelers across Mumbai, Pune, Hyderabad, Chennai, Pune and NCR (Delhi, Noida and Gurugram). Geetansh says,

“From a rental model, we started behaving like an EMI model. Prices keep dropping as the (rental) tenure increases. There are many consumer lending companies that are trying to solve the credit constraint in the retail commerce space, but there aren’t many consumer leasing platforms. In that sense, we have kept the doors open to create leasing (options) for many kinds of products.”

Also read: This predictive hiring platform puts you where you truly Belong

How the model works

In the consumer lending model, a customer can pick up any piece of furniture or product from a physical retail store or an e-commerce platform for a certain EMI, whereas with a consumer leasing model, this EMI simply converts into a 'rent' that is paid out over a certain tenure. The minimum tenure for leasing out furniture is between three months and three years. RentoMojo leases the products from NBFCs, financial institutions, and high net worth individuals, and in turn leases the products out to the consumer.

RentoMojo works with NBFCs and other financial institutions to finance the purchase of the furniture, bikes and appliances that it rents out. So if it picks up a four-seater sofa set that costs Rs 1 lakh (plus interest that the bank or NBFC charges) it leases it out to a consumer for a slightly higher amount to cover the interest and its own margins.

Currently, one of the biggest challenges the team faces is making consumers understand that RentoMojo doesn’t work like a typical e-commerce platform. Geetansh explains how this works just like a loan. Whether it is Rs 1 lakh (as in a loan) or products worth that amount (like an expensive sofa set), the team still needs the essential KYC documents to complete the transaction.

“It is a new element that the consumer needs to be made aware of. After a deposit is made and the booking is done, the consumer shares (KYC) documents that help us analyse the identity of a user,” says Geetansh.

Salil explains that India is still a credit-constrained economy and RentoMojo has built a defensible beachhead in multiple categories in an underserved sector of the subscription economy. It is, he says, a capital-efficient, two-sided marketplace with huge network effects at scale, and without any balance-sheet risk. Geetansh explains that owning a product comes with the hassles of moving the furniture around or reselling when you relocate.

“If a consumer buys furniture with a certain EMI tenure, he has to finish that tenure whether he is using that piece of furniture or not. In our case, if the consumer decides to end the tenure of the lease in between for whatever reason, he or she can choose to do so without having to pay for the remaining time period. They can walk off the contract and just pay the differential,” explains Geetansh.

Apart from providing leases that are cheaper than an EMI, which can even go as low as Rs 99 per month, RentoMojo also provides free relocation to any of the eight cities it is present in during the tenure period. It claims to have over 25,000 subscribers, and Geetansh believes that the team still has to create a lot of awareness around this market and this kind of model. “A good amount our current capital will go towards creating that awareness,” he adds.

Renting is the new cool. From clothes and accessories to furniture, everything is about renting and sharing. Geetansh estimates that the current rental market in India is worth $8-10 billion. One of the biggest players in the furniture rental space is Furlenco, which has already raised $36 million since it started in 2011. There are also a few others like FlatFurnish and CityFurnish.

However, as Satish Meena, forecast analyst at Forrester Research, points out, most rental models do work and have a ready market in metro cities, where the fluid population is higher. However, investors seem optimistic about RentoMojo’s model.

“It already demonstrates early execution that is already generating amazing economic returns, and a pretty straight path to making it a very big business capable of changing the lives of millions of people,” says a confident Renaud.