Celebrity tarot reader Sheelaa M. Bajaj: We have to stand up for who we are and be unapologetic about it 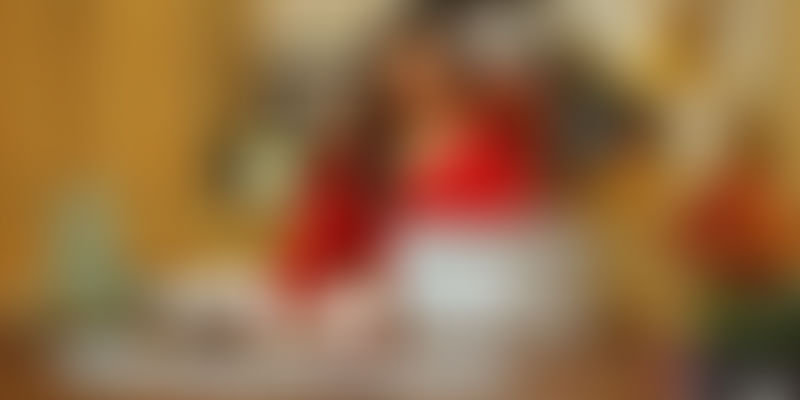 The celebrity numerologist and tarot reader talks about her journey in the unconventional field of tarot, numerology, and other forms of healing.

Startups need hard work, passion, grit and determination but a little bit of magic too. That is where the skills of tarot card reader, numerologist and life coach Sheelaa M. Bajaj come in handy. Sheelaa is not the one to follow the script, be it while speaking on stage or talking to me. She lets her thoughts run free.

As a child, this true blue Bangalorean was interested in things most children her age do not even understand. When Sheelaa was 15, she used to meditate; she had joined the Ancient School of Wisdom, which used to teach philosophy, theology, and meditation in Bengaluru. Her parents never controlled her choices—she was free to do what she wanted to and she always had their support.

She was often written off as a strange child by her neighbours and her extended family, but that was the least of her worries. Being unconventional has never been new for Sheelaa—one has to speak to her to know that it hardly bothers her. She has done whatever she has wanted to, be it meditating or dying her hair in whacky colours.

At an early age, Sheelaa learnt reiki and tarot. Later, she also learnt Feng Shui and vastu and is well-versed in pranic healing. And of course, over the years, she has learnt and taught tarot to numerous people.

Sheelaa started her tarot readings in the late 1990s from her home. In those days, she would sit in carnivals and restaurants with her cards to reach to an audience. Over the years, she became an

authority on the subject and has taught multiple tarot readers who are doing well in the business. Her fame grew through word of mouth and she never spent on marketing.

In the early 2000s, she was the only tarot reader in Bengaluru. People came to her with their troubles, challenges, and struggles. There were others who asked her to name their new-born babies or businesses. Sheelaa would often identify the problem and suggest the course of action. If needed, she would direct them towards someone else’s help.

In 2007, Sheelaa found herself on national TV advising people. “I enjoyed my stint with TV and it came naturally to me. The show was a big hit and I loved my time in Delhi. They had called me a while back but it was supposed to go on a Hindi channel. Since I didn’t know Hindi, I did an audition in English. That made an impact and Headlines Today decided to put it out in English.”

Sheelaa moved to Delhi for a year, with bag and baggage and her son in tow. As she garnered popularity, everyone who had disparaged her now saw her with new eyes—the strange psychic person was now making news on TV with her tarot reading to help people with their challenges. Before her TV appearance, she had done shows across most radio channels in Bengaluru and also made an appearance on Big Boss Kannada.

Sheelaa has had her fair share of challenges. She was in an abusive marriage which she walked out of. Her own personal experiences and the numerous cases of broken relationships that she deals with prompted her to write a book called The Love Mirage. In this book, she deals with topics such as the stagnancy of marriages, the unhappiness of people in relationships, and the illusiveness of love.

Ask her how she deals with listening to secrets, problems and troubles day in and out, and pat comes her response,

I don’t remember anything about a client once they walk out of my office. Given the nature of my job where it is important to keep matters confidential, I feel it’s a great thing. Since I do not store information, I do not have to tax my brain or worry about keeping secrets safe.

Tarot and numerology along with her own fearless personality is what she says has helped her reach out to people and help them. However, since people come to her with secrets and troubles, even depression and drug addiction, she has to ensure that whatever she says to them carries a sense of positivity and not gloom. “I want people to come here with their troubles and go back feeling better. That does not mean I am not honest with them but what I say and how I say it matters and has an impact.”

Be ready to change and find your true calling

Unlike most successful people, Sheelaa claims she is not a morning person. “You are not likely to find me up in the morning. I take my time to wake up and do my yoga. I like to be in my bubble and spend that time with myself.”

She loves to dance and says that if she wasn’t a psychic, she would have either been a makeup artist or a belly dancer.

She is not shy to speak her mind.

I bulldoze people into consciousness. What this means is that I tell people clearly what they need to do. No amount of numerology, tarot reading, tweaks and fixes are going to help if someone is stuck up in their head. So, people need to be ready to change because sometimes they themselves may be the problem.

When you ask her about the non-believers and naysayers she says, “Everything is fixable but people have to believe. We can help but a person has to be ready for the magic and believe in it.”

According to her, what makes most people miserable is when they do not know what their true calling is. “What makes you jump out of bed every day is your true calling and that is what you need to do.”