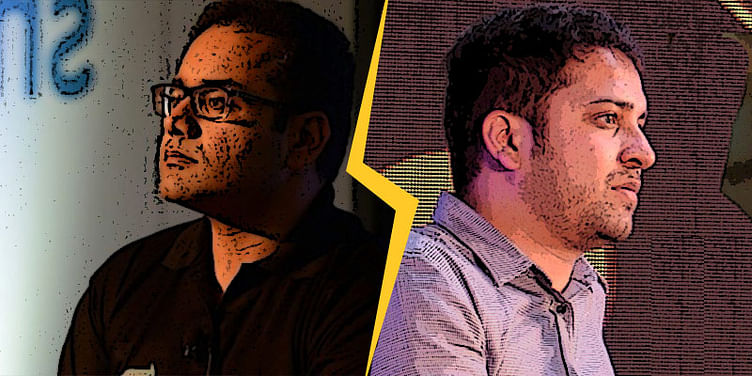 The much-discussed acquisition deal between e-commerce market leader Flipkart and its rival Snapdeal has fallen through.

The hyped Flipkart-Snapdeal merger has fallen through after six months of intense discussions and speculations over what could have been the largest merger in Indian e-commerce. According to various reports, the stakeholders on both sides failed to reach a mutual agreement on valuation and other conditions for a deal.

In an email to the Press, Snapdeal spokesperson said:

"Snapdeal has been exploring strategic options over the last several months. The Company has now decided to pursue an independent path and is terminating all strategic discussions as a result.

"Snapdeal’s vision has always been to create life-changing experiences for millions of buyers and sellers across India. We have a new and compelling direction - Snapdeal 2.0 - that uniquely furthers this vision, and have made significant progress towards the ability to execute this by achieving a gross profit this month.

"In addition, with the sale of certain non-core assets, Snapdeal is expected to be financially self-sustainable. We look forward to the support of our community, including employees, sellers, buyers and other stakeholders in helping us create a designed-for-India commerce platform."

The details on Snapdeal2.0 has not been revealed although there are speculations that it would be modelled under Alibaba’s Taobao in China – which may be a risky step considering Snapdeal’s earlier attempt in this direction –‘Shopo’- had failed to make waves and shut down in around two years.

Just a few days ago, Snapdeal was also reportedly in talks with e-commerce Infibeam as both co-founders could possibly have a higher control in the entity, unlike with Flipkart in which both would have had minimal or zero significance.

After multiple debates on the valuation, Flipkart had reportedly agreed on $850 million for Snapdeal, which was not acceptable to the latter. Snapdeal’s largest investor SoftBank had been pushing for the sale to Flipkart for the past four months and managed to get Naspers and Kalaari Capital on board. (It was obvious that Flipkart was keen on the deal with the sole point of getting SoftBank on board – “Snapdeal is the dowry”, as one industry observer calls it.)

In an email to employees, Co-founders Kunal Bahl (CEO) and Rohit Bansal (COO) has claimed that although a lot of time and effort has gone into the strategic discussions, Snapdeal will continue its journey as an independent company. The e-mail explains that the reasons for this decision go beyond the complexity in executing the deal. It says:

“In every market, there are multiple successful e-commerce businesses, and as long as one’s strategy is differentiated and has a clear path to success, there is a great company that can be built.

We firmly believe in our new direction - Snapdeal 2.0 - part of which is a laser focus on being a champion for all sellers in India, enabling anyone to setup a store online in a few minutes and focusing on providing a large selection of products at great prices to consumers.

Secondly, we have made tremendous progress towards this new path over the last few months and are already profitable at a gross profit (a.k.a. net margin) level, with clear visibility to making upwards of Rs.150 Crores in gross profit in the next 12 months.

Finally, with the ongoing streamlining of costs and sale of some of our assets, such as Freecharge, we are financially self-sufficient as a company and don’t need to raise additional capital to reach profitability. Needless to say, we will need to keep a tight control on our costs and work towards becoming a hyper efficient culture delivering profitable growth, month on month.”

Does this mean that Snapdeal’s game is still on? Flipkart with prominent backers and billions in its kitty is focused on fighting Amazon India tooth and nail. Even if Snapdeal chooses not to battle these two, and focus on scaling down and making profit, will they be able to rise from ashes again? Or are they making another mistake by letting go of this opportunity for closure?

Watch this space for more details.