How social media can give your social cause a leg up 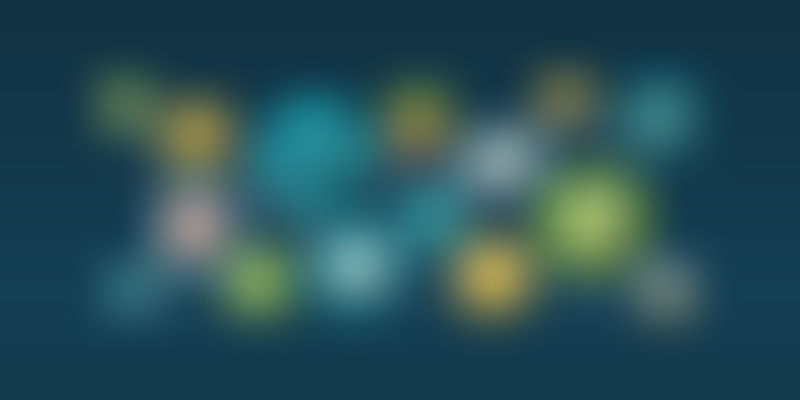 Over the course of this decade, social media's relevance has far grown from its established medium of interaction, it has truly in every sense become the harbinger of issues - far and wide. Be it a tweet, Facebook status or live streaming, it has become a platform where users can express differing opinions, and enter discourses on any global topic or matter of concern. With a significant chunk of the world’s population absorbed by social media at any given moment, it can be safely assumed that social media has become the frontier to allow a single message across.

The Arab Spring and ‘#BlackLivesMatter’ movement are both studies of how a revolution found flight on the behest of online mediums. Closer to home, remember the ‘rice bucket challenge’ that became viral in India a few years ago? The brainchild of a journalist from Hyderabad, the campaign manoeuvred water wastage with regards to the ‘Ice bucket challenge’, instead urging people to donate a bowl of rice to the needy, upload a picture on social media and tag their friends to take up the same challenge. Within a month of its inception, the campaign’s Facebook page had received over 64,000 likes!

With such a mass appeal, it has become the definitive medium to promote social causes. Allowing the unheard a voice to resist oppression and carry forward their revolution unfazed. On this note, if you wish to utilise the infinite power and reach of social media to spread awareness about a social cause, here are a few suggestion to help you.

Pick a cause you believe in

At the risk of stating the obvious, many individuals participate in movements with a 'follow the herd' mentality. Truth be told, there is nothing wrong with it but it defeats the purpose when it becomes a 'fad'. Inform yourself, ask questions, research and understand how you can be an effective part of the movement. Do not just be an adrenaline junkie, getting high on sloganeering and picketing, be in position to provide opinions and justify your dissent towards the establishment. This is of pertinence, given that many crucial social campaigns lose momentum a few months into its incorporation and fade into obscurity.

You must loyally and uncompromisingly believe in the cause for it to strike a chord. Secondly, create a plan on fostering mass awareness. Do you want to try and solve the crisis in totality or request individuals to help improve upon a certain facet of the same. For instance, curbing tree felling in your neighbourhood, you can start a petition and get enough signatures to appeal to the municipality to take action. However, if you begin a campaign to provide education to deprived children, this would require assembling individuals to volunteer.

Add in a personal touch

Gary Vaynerchuck once explained in an interview, that a touch of familiarity and communication will go a long way into helping you run a powerful campaign. While the interview focussed on communication between a company and its customers, the same logic can be applied to those looking to build powerful social campaigns as well.

You may have noticed that you are drawn to a cause, when it is explained in first-person by someone who is directly involved in it. For instance, some of the most touching videos by NGOs, non-profits or social entrepreneurial houses, are those that feature the very people or groups that they are trying to support or protect. Take the case of Vicks' advertisement raising awareness on adoption and transgender rights. The 3+ minute #TouchOfCare advert touches every possible chord and drives the message out of the ball park.

When Emma Watson advocated for the United Nation's ‘#HeForShe’ campaign, seeking action against inequalities against women, it became viral largely due to the fact that the content that accompanied it. Be it women empowering videos, scholarship opportunities or book suggestions, it was interactive and easy to share and promote on different social media platforms.

The average social media user does not spend more than a few seconds skimming through the opening part of a particular post. If the content in these is such that he or she finds interesting enough, then they will go on to read or watch through the rest. To this end, you have to ensure that you make your content exceedingly interesting and attractive, and the best way to do this is to add a significant amount of base-colour, info-graphics regarding the topic at hand, interviews of relevant people and pictures of the subject in concern. Throwing in a few fact-checked statistics will also help you provide a credible source of information about a cause, that people should feel impassioned enough to do something about.

Use a powerful hashtag

Never underestimate the power of a hashtag, when it comes to promoting your social cause. Let’s look at the earlier example of ‘#BlackLivesMatter’. Just the fact that this hashtag blew up Twitter and remained one of the most popular topics of conversation on the platform, just goes to show how impactful a single, but most importantly relevant, hashtag can be- if used in the correct capacity. This is mandatory, especially for those looking to promote their cause on platforms like Twitter and Instagram.

A great way to get people involved in your cause, is by holding contests or challenges that provides people an incentive to volunteer their time, energy and resources into promoting the same. For instance, the ALS association used the ‘Ice bucket challenge’ to rake in much-needed attention and donations for research regarding the diseases. The challenge become an overnight sensation, with business tycoons and celebrities like Bill Gates, Satya Nadella, Oprah and Lady Gaga lining up for the challenging and passing it forward.

Rope in an ambassador

It always helps to have a spokesperson with a large following and influence to help promote and spread awareness. Celebrities like Jay Z, Beyonce, Kerry Washington, The Weeknd and Mark Zuckerberg voiced their support for #BlackLivesMatter movement, which allowed the issue to be discussed on a much larger scale. Kavitha Emmanuel, founder-director of the Women of Worth movement, got actress, director and activist Nandita Das to become the face of the ‘Dark is Beautiful’ campaign in 2009. Or be Tata Tea’s famous campaign – ‘Power of 49’, which focused on promoting equal status for women in society and encouraged women empowerment, had stalwarts like Shabana Azmi, Kiran Bedi and Flavia Agnes lending their voice.

Sure enough, all of these campaigns not only garnered a significant following, it had its mentions in popular films, shows, panel discussions, news channels and independent forums as well.

Social media may have its many discriminating problems, but it certainly holds the power to help make a difference. So it’s time to use it for the right reasons.