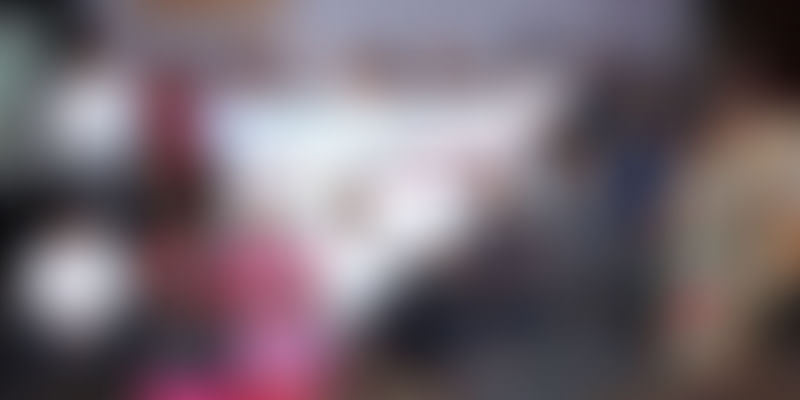 The selected companies get to run their ideas on a pilot basis and will be eligible for a grant to build their systems to improve ridership on Bengaluru’s Metro.

Bengaluru has become an ideas capital where startups of all hues have been coming out with disruptive solutions using technology to solve diverse problems. The same enthusiasm was on show when the World Resources Institute and Toyota Mobility Foundation called for a Station Access and Mobility Programme challenge for improving first- and last-mile connectivity to Namma Metro. This programme is part of India’s first pilot to develop first- and last-mile connectivity to metro systems being built across the country.

Of the 85 applications received, the pitches made by 26 companies were selected, and of them 13 made presentations before a jury which finally selected five of them.

All the companies suggested smart solutions which will be run on a pilot basis over the next couple of months using real-time data from Bangalore Metro Rail Corporation.

The STAMP challenge witnessed stiff competition as the final 13 startups made quick presentations on what they intend to do, at what stage they were and their business models.

While announcing the results, Chief Operating Officer of Toyota Mobility Foundation Shin Aoyama told the winners that the foundation and WRI India will remain in touch with them and work together to find a viable solution to bridge the last-mile connectivity gap.

“All those who participated in the pitch demonstrated out-of-the-box thinking. The ideas were seriously innovative, seriously required and overall a great initiative to address first and last-mile connectivity to push more people to use the Metro and public transport,” V. Ravichander, a jury member and civic planner said.

Revathi Ashok from the Bangalore Political Action Committee, which is also partnering WRI in this initiative, said there was a huge gap in the metro system which needed to be addressed.

Among those who made the cut were Metro Bikes, a smart urban mobility solution that provides one-way rides on two-wheelers providing the most cost-effective, flexible and fastest mode of commute. The company currently has petrol-run bikes but will operate e-bikes on this pilot programme.

Team members who made the pitch said they were working with Bosch to develop a keyless entry model. Its subscription-based members can pick up the scooters from a kirana shop, tech park or from metro stations by authenticating themselves. “They will then be given a battery pack which is inserted into the scooter and the ride begins,” a team member explained.

These two-wheelers have a GPS, a crash sensor as well as insurance. They have identified two metro stations which have mixed residential and working population so that the bikes are used at both ends. They are also looking at pooling and sharing a ride on the passenger seat.

The users will be charged Rs 5 per km and 50 paisa a minute. The company is already at a revenue generating stage and is willing to allot 100 bikes for the pilot. To improve usage during non-peak hours, it has tied up with Amazon and Chaipoint for their personnel to use these bikes for delivery, said Vivekananda Hallekere, its CEO.

Quick Ride provides safe and quick car-pooling options for last-mile connectivity by using its app. It will incentivise ride givers with redeemable fuel points. Founded by KNM Rao, it has already partnered with many car owners in the city. It intends to target 900 users during the pilot at Baiyyapanahalli and has asked BMRCL for a parking bay to enable car owners to wait for metro riders.

Tap Route, powered by Hyperloop India, won the third position for what it claims is the world’s first on-demand public transportation service, which aims to merge the speed and affordability of Metro and the convenience of on-demand auto-rickshaws and cabs to provide the fastest and most affordable way to travel.

Though still at a prototype stage, the user can prebook travel in three successive taps–take an auto-rickshaw from home to the metro station and prebook one at the alighting station. “The best part of it is that the auto at the last mile will sport the same beacon number as the first one making it easily identifiable to the user,” said founder SibeshKar.

The company hopes to entice non-app-based operators on a hub and spoke model to offer rides in a limited radius around the Metro stations. For the drivers, it will be based on a subscription or commission model.

The fourth position went to Constapark, a citywide parking slot aggregator which generates data on availability and sends it to users on their phones on a real-time basis.

Offering a smart parking platform for smart cities, Constapark has digitised parking plans for Namma Matro. It will manage the 1,000-car Byapanahalli Metro Station parking area on a pilot basis. It will also collaborate with others who offer last-mile connectivity such as cycle, two-wheeler and car rentals, said Chetan Chauhan from the company.

The last position went to CiFos or Citizens for Sustainability. The NGO has come out with an idea-stage pitch where a station accessibility index lets commuters and mobility providers benchmark the accessibility levels at metro stations via mobility indices and deploy solutions that make the level of service better.

Pawan Mulukutla, who heads integrated transport for WRI, said more than 50 Indian cities are in the process of building metro systems. “However, research shows that adequate first- and last-mile connectivity is crucial for the success of mass transit solutions. In many cities, it is still lacking. To bridge this gap, STAMP was launched in December 2016 to identify technology-based solutions. The pilot is being held in Bengaluru for which five qualified.”

PS Kharola, BMRCL MD, said Namma Metro had a lot of expectations from this STAMP challenge as the metro aims to touch 5,00,000 riders per day soon.