Jeopardy or opportunity: The future of a student's education and employment in the era of automation 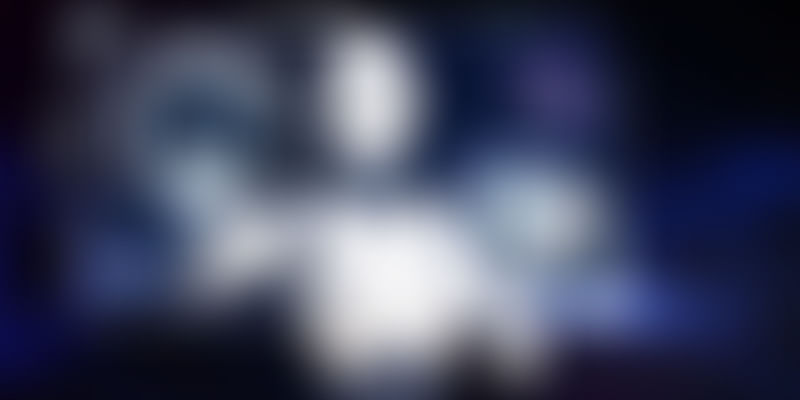 Education lags technology by a decade as the nature of jobs change. As a result, employability is the big challenge facing the academia and industry. However, education remains the biggest opportunity in India.

At Tata Motors, as their new SUV Tata Nexon gets ready for launch, its engineers are witnessing more and more software going into cars. They are also seeing the industry’s focus shift to electric cars now, thanks to growing concerns over vehicular pollution and climate change. So, how should they prepare themselves for the future? After all, an electric car’s power train is very different from that of diesel and gasoline systems. “Where should we go and how will we skill ourselves? Do we go back to universities or do a bridge course,” they ask of themselves.

In Kolar, the gold-mining town in Karnataka, Madhucharan, a computer science graduate from a local engineering college, is yet to get a job offer. “I don’t get jobs because I do not speak English. I know computer science in theory but do not know coding,” he says. Seeing him ferry farm produce for his father, his friends suggest that he become an Ola or Uber driver. “The driving job is not going to improve my standard of living in the long run. I have to go back and invest in farming,” he says.

Nowhere is automation and joblessness more apparent than in the IT services sector. Here, applications are being moved to the cloud, and the focus is on machine learning, Internet of Things (IoT) and data analytics.

“Just knowing programming languages does not cut it anymore. You need engineers who can be logical and solve problems fast,” says Hariraj Vijay Kumar, Co-founder of Designs in Change, a business advisory firm. "We are in the era of continuous learning and our universities and corporates do not provide that," he adds.

Automation is a global reality today. In Blaichach, Germany, for instance, the Bosch brakes factory is fully automated. Everything from flow of materials to tool management is managed digitally. The machines producing parts in this factory are managed by just a dozen humans who monitor real-time data on tablets. This data resides on cloud-based factory management systems.

So, is automation replacing jobs? The machines are replacing repeatable tasks with new skills such as machine management and shop floor management with data.

The whole new architecture requires a new software framework built on programming languages such as Google Go, Julia, Elixir, Swift, Rust, Erlang and several more. It is no longer about knowing Java and C#, but the ability to learn new skills fast and looking at the big picture and its problems.

But is all this happening in India? The seeds of it have already been sown but we have yet to prepare the young workforce for it.

“We are looking at an era of relearning and new types of jobs emerging. Academicians should be worried and the way we teach needs a rethink,” says Narayanan Ramaswamy, Partner, Management Consulting, KPMG India.

Ratan Tata told this reporter in 2010 that India will need to provide jobs to 300 million youth by 2030 and the challenge would be to find meaningful work.

“The problem is that students are told what to do by universities and their curricula. Unfortunately, no one knows what is going on in industry,” says Maheshwari Peri, Founder of Career360.

There are 800 universities in India and thousands of affiliate colleges churning out 8 million graduates (including 1.4 million engineers) every year. Most of them remain employed though. The government or semi-government institutions are no longer the biggest employers.

Today, there are about 100 million Indians working in the organised and semi-organised sector, as per the combined data from ESI, EPFA and NPS. Recently, Arvind Panagariya, the Vice Chairman of Niti Aayog, said that underemployment is the biggest economic challenge facing the country because 44.2 crore workers are employed in agriculture or in enterprises with nine or fewer workers. The problem gets worse in urban centres.

The quality of students in India has not improved. The government is not incentivising job creation and changing lives; it is only incentivising capital (investments)... Eighty percent of university degrees do not make students employable, despite charging them high fees and promising to make them job-ready.

The Ministry of Skill Development and Entrepreneurship (MSDE) last year signed MoUs with 14 ministries where they would use corporate social responsibility (CSR) funds to train retired defence personnel as trainers. They also plan to set up over 1,000 Industrial Training Institutes to create 200,000 jobs.

But this may not prove enough seeing what's been happening with the existing ITIs. Most diploma holders are averse to be working in small and medium industries. They find making Rs 20,000 a month by driving taxis more attractive than earning Rs 10,000 as an intern in an SMB in a small town.

“This is what we have prepared our engineers and diploma holders for -- to drive taxis. We don’t have answers to the social change because of automation. But India is a young nation and it is driven by domestic consumption, where jobs will still be available,” says Mohandas on an optimistic note.

Effects of an automated world

Recently, when Infosys off-loaded 11,000 people due to automation, Exotel and YourDost launched a campaign called #Fired2Firedup to help these ex-employees make a comeback in life. Some startling facts and stats emerged from an analysis of 1,000-odd counselling sessions as well as the conversations over phone with these people.

More than 60 percent of the laid-off professionals displayed symptoms of anxiety or depression and lack of self-confidence. While 42 percent professionals belonged to rural markets, 43 percent were from the IT sector, and fewer from healthcare, pharma, manufacturing, and e-commerce industry. Most of them had less than two years of experience and had been unemployed for at least three months.

Most of the callers were males and in the age group 24-29 years and the maximum calls were from Karnataka (15 percent), followed by Maharashtra (12 percent) and Delhi (11 percent).

“Automation is a long-lasting challenge. The innovation of current transformations lies in the combination of automated devices with increasing connectivity,” says Shivku Ganesan, Founder and CEO of Exotel. He says companies must set up processes where they help people rediscover themselves.

What are universities and governments doing?

In 2012, the Kalinga Institute of Industrial Technology started a programme in partnership with corporates such as Schneider Electric and Ericsson to measure students from the first year of their engineering course and to help them choose the right stream. “Industry is changing very fast and we need to collaborate with them to make our students employable,” says Kumar Mohanty, Dean, Career Advisory Services at KIIT, Bhubaneshwar.

He says that over the last decade or so faculty, in most universities across India, did not wish to collaborate with industry because they set the curriculum. “It is only now universities have realised the importance of being accountable for employability,” says Mohanty.

“There is lack of good teachers and although there is great senior talent in industry there aren’t many who want to teach in universities,” says Sam Placid, Dean of External Programs, XIME, Bangalore. He says that the nature of jobs is changing in the digital era and employability is going to be a challenge. “It is the job of the universities to not just supply graduates, but to treat employability as priority and focus on that,” asserts Placid.

MeritTrac, the assessment and testing company, has now set out to capture information on student cognitive and communications right from year one. “The question is whose responsibility is employability. So we are helping industry and academia collaborate with each other to make students ready for work,” says Gopal Devanahalli, CEO of MeritTrac.

The government on its part has started Swayam, a platform similar to massively open online courses or MOOCs.

SWAYAM platform is indigenously developed by Ministry of Human Resource Development (MHRD) and All India Council for Technical Education (AICTE) with the help of Microsoft and would be ultimately capable of hosting 2,000 courses and 80,000 hours of learning covering school, under-graduate, post-graduate, engineering, law and other professional courses.

Currently it offers courses from the IITs for any student wanting to upgrade skills. Unfortunately, these courses are just certificate courses and do not offer an answer to the question of keeping up to date with skills that lead to employability.

“Indian IT should look at automation not as a threat but an opportunity,” says Arun Rajamani, Country GM, Pluralsight India, which provides online courses for software developers.

In their report on the future of jobs for the fourth industrial revolution, the World Economic Forum said that during previous industrial revolutions it took decades to build training systems and labour market institutions. But now there is need for rethinking educational systems and encouraging life-long learning to cope with technology disruptions.

“While technology companies in India have begun re-skilling employees and vertically integrating with academic institutions to make students more professional grade, there is a need for online course providers to step in and provide professional technology training at scale to tech professionals and students,” says Rajamani. PluralSight is working with several Indian companies and preparing them for automation.

The strength of online courses

Companies like Jigsaw Academy, Simplilearn, Byju’s and Vedantu have already been making efforts to change the way primary education, higher education, skilling and reskilling are approached through online education.

“Today reskilling is a boardroom discussion and unfortunately majority of the universities are not looking at what is required to make students employable,” says Krishna Kumar, CEO of Simplilearn. A report by them (see chart) shows the following profiles suffering major job losses.

For some, the problem finally boils down to a lack of real vision to prepare students to enter a world of changing learning methods. “I meet a lot of universities and most of them are really thinking about curriculum in a myopic way. They are charging a premium to students without preparing them for reality,” says Gaurav Vohra, Founder of Jigsaw Academy.

The picture looks pretty dismal. It’s unrealistic to expect universities to suddenly wake up and align themselves to changes in the economy and technology. They have yet to figure out what to tell students to survive in the world of automation. PWC’s report on “The Future of Work: A Journey Towards 2022” predicts that a student protest is very much expected due to lack of jobs.

While it’s easy for all to point fingers at the universities for churning out unemployable graduates, the dire need is for all the stakeholders including the government, corporates and academia to join hands and create conditions to keep the youth gainfully employed. Failure to do so will only result in social disorder. 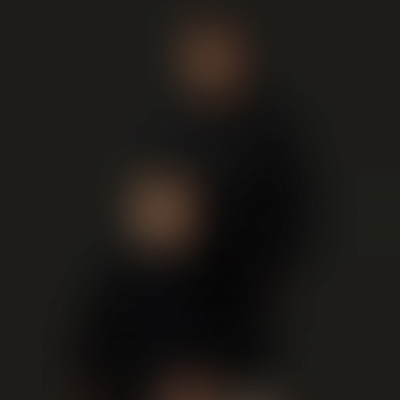 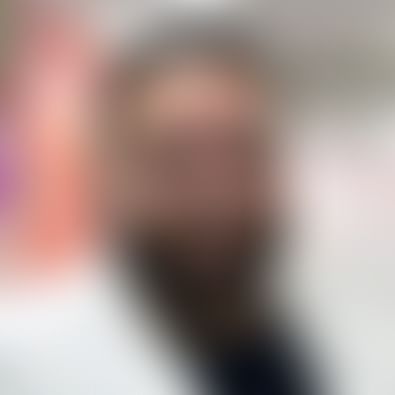 [Funding alert] Skincare startup mCaffeine raises Rs 42 Cr in Series B round from Amicus Capital, others