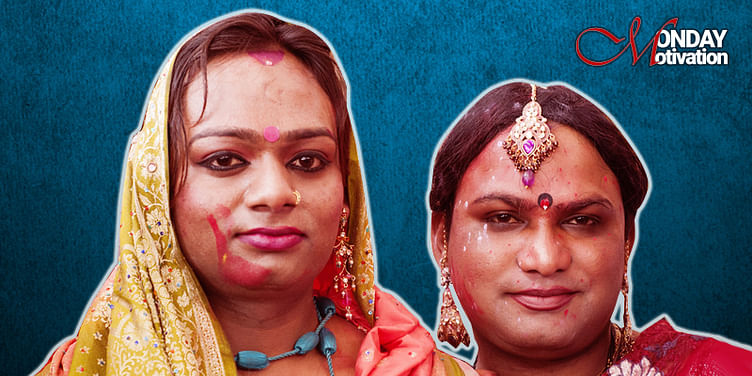 With increasing urban-rural India divide, the task of gender sensitisation and awareness now lies solely on the activists, human rights practitioners and members belonging to the transgender communities.

They occupy the traffic signals and junctions largely in urban spaces. However, invisible visibility continues to haunt them. While some spare change or perhaps a Rs 10 note is often handed over to the members of transgender community through the comforts of motor vehicle, a single thought about their origins or their daily challenges seldom occupy the mind space.

Over the past 20 years, I have witnessed the changing communication pattern between the transgender community and the ‘mainstream’ society. Earlier, badhai or the celebratory occasion, provided access to this minority community to not only gaze but, also, exchange information with the society in public.

Today, this practice is limited to the 70mm film screen. As this fringe community is driven further away from public narratives, there is a growing knowledge gap leading to chaos and confusion. For instance, members of the transgender community employed by Kochi metro stations had to combat severe social prejudices when the larger society suddenly has to confront with non-conforming gender identities. Hence, the task of gender sensitisation and awareness now lies solely on the activists, human rights practitioners and members belonging to the transgender communities.

At the tender age of seven, a young boy, in rural hinterlands of Maharashtra, battled with the society, the panchayat, to continue living with his parents. His ‘fault’ was that he was born with non-conforming genitals. His parents, daily wage labourers, struggled for over 2,500 days to hide this ‘shame’ by plastering a loincloth around the boy and forbidding him to urinate in public.

Living in constant fear of being caught for their misfortune, the family routinely shifted to newer locations. However, severe genital infection probed the family to seek immediate medical attention in Aurangabad and slowly, prying eyes of extended relatives and neighbours reached the hospital. The doctor assured the family that the young boy suffered from genital disfigurement alone and that, “this wasn’t a case of transgenderism.”

But the village decided that the young boy was no longer invited to their community, rather, his genitals now mandated him to be a part of the transgender community, explains Sameer Gaikwad, author and a transgender rights activist.

When the child’s mother and three sisters learnt about the imminent separation, they contacted Pratilipi, who published writings work of Sameer ‘Bapu’, as he is fondly called. The uncles, meanwhile, wanted to consult him on how to proceed with “handing over the child to the transgender community”, given his vast work within the LGBTQ community in Maharashtra.

“This unmindful separation demand troubled me. On the pretext to help them, I visited the village with my other transgender activist friends. We found that the villagers failed to understand the difference between a transgender and an individual with genital disfigurement,” Sameer remembers.

Multiple discussions and debates later, Sameer and his activist friends were successful in saving the family from the pain of separation. They explained to the villagers that transgenderism does not imply genital disfigurement, a physical non-conformity. Rather a transgender mindset includes an individual identifying—mentally and emotionally—with the opposite gender.

Section 13 of the draft Transgender Bill Persons (Protection of Rights) Bill, 2016, states that, “No transgender person shall be separated from parents or immediate family on the ground of being a transgender, except on an order of a competent court, in the interest of such person .... Where any parent or a member of his immediate family is unable to take care of a transgender, the competent court shall by an order direct such person to be placed in a rehabilitation centre.”

Dr Sarasu Thomas, Associate Professor and co-ordinator of Human Rights Lawyering Program at National Law School of India University, says that forceful separation of a child from parents by an individual, a community or even by an institution like the panchayats, equals to kidnapping. Elaborating further, she says,

Separation is still rampant but the main problem is that nobody takes action against these powerful bodies and communities. The parents and the child have to live in the same village and it will be difficult for them to continue living if they are at loggerheads with the panchayat or the village elders. Even if the case goes to the court, it will fall apart because the witnesses will turn hostile.

Further, when confronted with non-conforming gender identities the immediate response of any community is that of panic. While working on the draft Karnataka State policy for transpersons, Anita interacted with members of the sexual minorities, their leaders and heard narratives of the horror the members of transgender community were subjected to.

From being hidden to beaten; to being told to straighten up— transpersons are subjected to all kinds of restrictions that border on cruelty. Through the badhai practice, common in northern India, clear physical spaces were marked and transfer of children were facilitated. Almost every household knew a story in the neighbourhood who was taken by the transgenders. It was considered painful but normal.

Recognising the need to affirm the constitutional rights and freedom of the transgender community, the Supreme Court, in 2014, through the National Legal Services Authority (NALSA) vs Union of India case judgement, stated that, “ [...]the gender to which a person belongs is to be determined by the person concerned.”

Being involved in various sex-change operations and advocacy campaigns for transgender rights, Anita explains that, “Non-conforming is an umbrella term which includes both sexuality and the biology. Within a male and female, who you are attracted to, defines your sexuality. When you identify yourself as someone from a particular gender, in the name of policy and society, the tag of being a 'trans' is fixed on you. Every person in conflict with gender identity gives up on social restrictions and tries to identify themselves as a particular gender. But, all the society gives to them is not the gender they are asking but stereotypes involved with being a trans person.”

Dr Thomas believes that a child’s identity is “fairly” fluid until they reach adulthood and they can later decide which community they want to belong to. However, the societal expectations confines a child growth since birth. She says,

It is very hard to predict outcomes because law is not really used as the alternative in society because it is time consuming. There is something that we call a legal norm and a social norm. And though our legal system talks about equality, very often it is the social norm which prevails over the legal norm in India.

Advocating for inclusive society through community radio programme Jeeva Dairy, Uma, a transgender from Karnataka, hopes to provide solace to those families and individuals who are struggling with social stigma and community ostracisation due to non-conforming gender identities.

Recalling the story of a young 13-year-old girl from Belgaum, she said that the family did not know where they could find a refuge when their child started to develop non-conforming genitals. Though the young girl started developing a small penis at the age of eight years, her parents brought her to Bengaluru for medical examination five years later. During this period, the girl became a social recluse. Conscious about her appearance and body hair over her limbs, she stopped going to school, refused to meet her friends or relatives and would cry everyday.

She was afraid of what she was becoming. When I took her to NIMHANS for medical examination, she was in distress and was wailing continuously. I consoled her, saying she is not alone in this problem.

The transgender community is slowly trying to gain an access for their narratives through the medium of arts and culture, especially in metro cities like Bengaluru.

Kalki Subramaniam, a transgender rights activist, artist, actor, and entrepreneur from a small town in Tamil Nadu, believes that discrimination against the third gender primarily takes place due to lack of awareness and sensitisation. She says,

Rural people or slum-dwelling people have always been more accepting of transgender people, as compared to the upper class. Rural people struggle themselves and understand another person’s struggle.

With the support of transgender activist and individuals like Sameer Bapu, hope for an inclusive society cannot be ruled out.