Meet the Unadkats of Surat, who recycle paper and donate notebooks to children 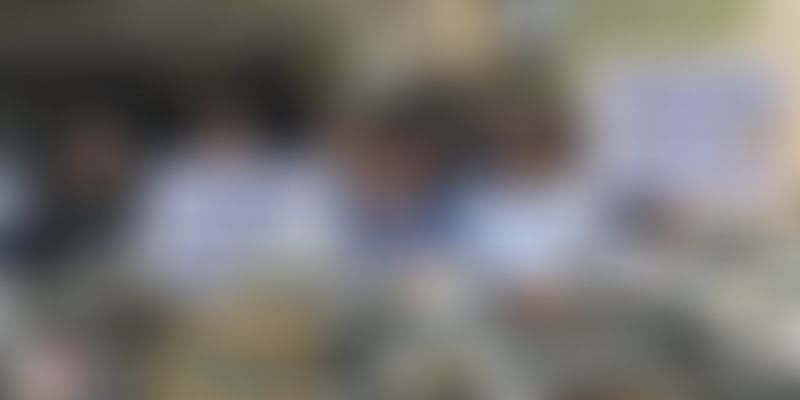 Firmly believing that words, books, and education are the necessary weapons that have the potential to change the world, Vrajesh Unadkat of Surat has initiated a noble campaign on his own where he started to collect 'Pasti' (unused paper waste) from every single household in Surat and recycle the paper to convert the waste into 'Pustak' (notebook). Subsequently, he donates these recycled notebooks to poor children who live on the footpaths and in slum areas.

Speaking about it, Vrajesh tells that Prime Minister Narendra Modi's 'Mann ki Baat' was his inspiration. Around two years ago in 2015, Vrajesh came up with this initiative with the help of his wife, Priyanka Unadkat. Having started with collecting waste paper from the houses in Surat, the couple now organises campaigns under the name 'Pasti dan se Pustak dan' (Donate Notebooks by Donating Wastepaper). The campaign has already attracted plenty of attention from the general public and people are now coming forward to do their part for the campaign.

The Unadkat couple went on to collect more than 35,000 kilogram of waste paper from Surat and the cities nearby. Approximately 20,000 notebooks have been converted from this waste and been donated to poor children whose families cannot afford to pay for their education.

Speaking of the paper waste generated in the world, Vrajesh says,

Paper accounts for about 30 percent of the waste generated globally, which means 283 million tons of waste paper. Paper waste in India accounts for 11 million ton per year and 8.8 million tons of it, which is 80 percent, is not recycled. That was when the idea came to my mind to facilitate something like 'Pasti dan se Pustak dan' to collect all the wastepaper and contribute the proceeds collectively for the education of needy students.