Recipe for success: Vikas Khanna says even when you reach the top you need your parents 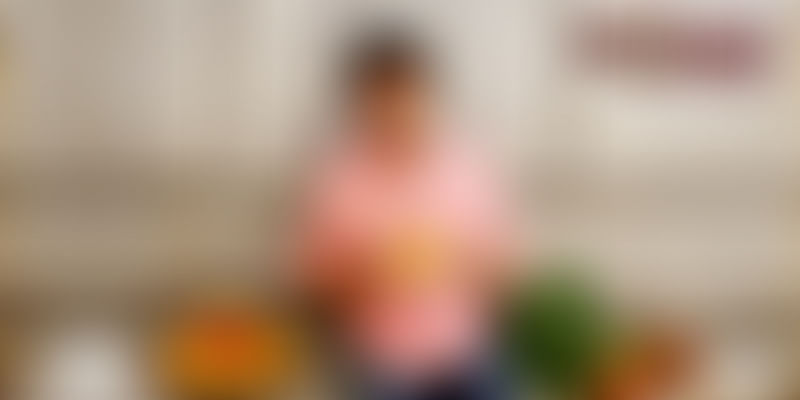 Michelin chef Vikas Khanna reminds us how important it is to cherish the people who cherish your success. For success may not always stand by you but your family will.

"Have you ever noticed when kids get on a carousel they turn back after every round to wave out to their parents standing on the sidelines? It emerges from the sense of security and assurance that people who matter most are watching over you," observes Vikas Khanna, the Michelin-starred chef, entrepreneur, restaurateur, author and a hugely respected name in the global food industry.

Anybody who has known him, even briefly, will tell you that he remains untouched by fame, success and money. He may be a globally well-known celebrity, not to mention one of the most eligible bachelors around, yet at his core he is a warm individual who treasures his family and relationships with people around him.

For Father’s Day, chef Vikas Khanna shared a heart-warming story about his relationship with his father. This story is a continuation of that conversation, where he takes a walk down memory lane, recalling his struggles and the amazing support he received from his family, and everything that has made him what he is today.

Author of a smorgasbord of cookbooks, judge on multiple seasons of MasterChef India, and with myriad food shows, this Amritsar native, who had trouble walking as a child because of his clubbed feet, has created a niche for himself on the global stage, and is applauded and admired in the culinary world, among chefs, diners, TV shows and more.

Though Vikas may hobnob with the biggest names in the world and have them eating out of his hands, literally, he has not forgotten the biggest lesson on the road to mega success:

He started out as an entrepreneur at 17, with Lawrence Garden Banquets, firm in the belief that he wanted to work with food. But that wouldn’t have been possible without the support of his parents, who had given him the exposure and encouragement he needed to strike out on his own at such a young age.

As a child, Vikas used to be his father’s delivery boy after school, delivering and picking up video cassettes for their video library business. When that business succumbed to the onslaught of cable TV, Davinder Khanna set up a knitting machine in the backyard of the family home, churning out blankets. Never one to shy away from trying something new, Vikas remembers trying out his hand at making blankets.

“I was the most artistic person in my house. I took to the noisy machine and, after working diligently through two nights, made a very nice-looking blanket, but nobody wanted it: they wanted just the usual one with the vertical patterns my father was making. Only my grandmother appreciated my work and was very supportive,” he remembers fondly.

Related read: Persistence, spice and everything nice: the ‘Junoon’ of Vikas Khanna

When Lawrence Garden started off, it was this knitting skill that came in handy. He would knit and sell sweaters to bring in the money he needed to support his catering venture in the initial days.

As Vikas showed more interest in cooking and food, his father supported his decision to go abroad to study. That dream brought Vikas to the US, from where he has gone to international acclaim and is today a household name.

The tiger and the queen

Supporting himself and surviving in America was hardly a cakewalk. To make ends meet, he worked nights. One day in 2001, before the 9/11 changed the world, a young man walked in to buy lottery tickets at the store where Vikas was working the night shift. He had seen his colleagues at the store ask customers to use ‘please’ when asking for items, so he did the same with the new customer, who retorted: “We are not here to applaud you, you are here to work for us.”

Vikas shared the incident with his father who did not react to it immediately. Years later, when the acclaimed chef walked in to a standing ovation at the James Beard House on 23 August 2014, he couldn’t help but recall what that young customer had told him that night. When he called up his father to share the news, the proud man said: “Mein ghulam paida nai kidda, sher paida kitta (I haven’t sired a servant, I’ve sired a lion)."

“I don’t know how my Dad zeroed in on that emotion. His usage of the word ghulam (servant) was so apt,” recalls Vikas.

While Vikas was trying to work on his dream and education, he once told his father, “Papa, ek din mein President ko roti khilaunga (One day I will cook for the President).” To which his father replied, “There are multiple presidents, but only one Queen. That will be the real reckoner for you.”

That dream too came true when last year, Vikas presented Utsav: A Culinary Epic of Indian Festivals, his one-of-a-kind book to Her Majesty Queen Elizabeth II, at Buckingham Palace. It was one of 12 handcrafted, gold-edged, hand-painted copies of the book that took 12 years to compile. It is described as the largest ever compilation of festivals, ceremonies, rituals and foods that symbolise India and its heritage.

“I didn’t have to stand in a line to meet the Queen. In fact, I was taken to meet her at a separate table where I showed her a copy of Utsav and told her how it was a part of me. You can put a price tag on empires, and on industries, but you can never put a price tag on culture. Because the continuity of culture is its infinity. It’s something I firmly believe in,” he shares.

In some ways, Vikas thinks the whole experience was somewhere driven by what his father had wished for him. He says,

Even when our parents are not there with us, you feel they are around, watching out for you.

Given the long list of cookbooks he has written, from Spice Story of India (2006), Modern Indian Cooking (2007), My Great Indian Cookbook (2012), to the unbelievably detailed Utsav, he is on his way to fulfilling his promise that he would one day write 50 books – a formidable target for a man who was neither academically inclined nor a prolific writer. He is already more than halfway there with 27 and has 23 more to go. The day he fulfils that promise is the day he will stop publishing, Vikas says with a sense of satisfied finality.

The importance of cherishing the time you have with your parents is underscored by an incident that Vikas shared with YourStory.

While shooting for Mega Kitchens for National Geographic in Amritsar at the Golden Temple, an old man jumped the protection fence and jumped into the holy Sarovar. He was immediately rescued by the guards but it was plain he was distraught he did not die. Once the crowds dispersed, Vikas approached him to discover why he had resorted to the desperate measure.

The man told him that his mother used to call him Sonu. A truck driver, he had spent most of his adult life on the roads. Every time he came home exhausted, it was his mother who provided the healing touch. She would also bring him to the Golden Temple. However, his children grew up and his grandchildren needed room, so the family kicked him out of the house. He had nowhere to go and landed at the Golden Temple. “What took my breath away was that his grief stemmed from the fact that there was no one around to call him Sonu anymore.” Somewhere in Sonu’s story is the story of not only Vikas but all of us who have lost our parents.

As we gallop towards the material goalposts in our life, hiding our vulnerabilities, and dodging conversations that we ought to have, Vikas pushed us to go beyond just a day that acknowledges a parent and instead speak openly about how, no matter how far we get in life or how old we get, our parents will always matter. And hence, it is important to talk about loss, grief, pain just as we talk about success and failure.

As we come to the end of our conversation, we find a common point that makes us smile. “So many people in the family see him in me and that makes me happy. However, if my sister were listening, she would say I am not as handsome as Papa,” he laughs.

He takes heart from the fact that he looks so much like his father. I tell him I have a similar story to tell. I look much like my mother and I remind my family of her. And we both pause and know what that means to us.

As he still makes peace with his father’s loss, he is sure his father still watches out for him. His mother has been a big support throughout his life and he makes the most of all the time he gets with her.

He signs off by saying that though loss is tough to handle, what is important is to collect all the good memories, bottle them up and use them as a source of motivation, just like he has.