Why we don’t talk about women farmers 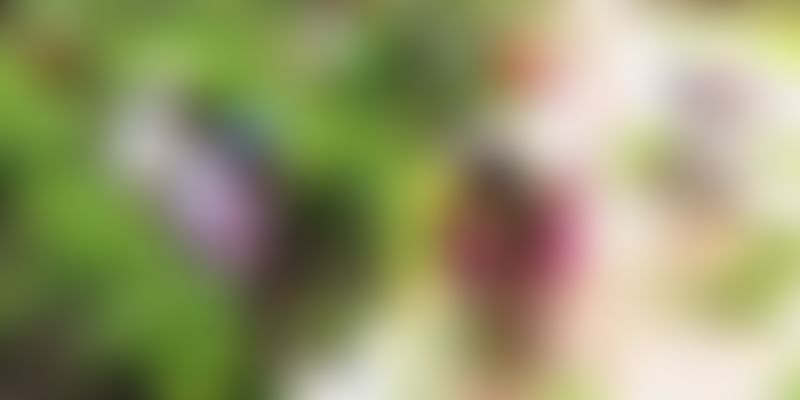 Farm women are often overworked and have several health issues. With no claim on their land or decision-making power, this gender-based discrimination needs redressal at the policy level.

Parvati, aged 40, is an agricultural labourer working on the outskirts of Pune. The sole breadwinner of her family, she has not been going for work for three days because of severe pain in the lower back. She asks me for some pills or ointments that could relieve her of her backache. “I go for weeding and need to stay bent through the day. I walk back home after five and then do all the housework. Else, who will do it for me?" she asks.

Agriculture is undergoing a radical change in India with more and more rural men migrating to bigger cities for work, leaving women, children and elderly behind to take care of the land and agriculture. This puts extra burden on women who have their hands full already with household chores. Surveys say that almost 75 percent of women, as compared to 59 percent men, work in the agricultural sector in India and in many parts of India, women generate their income through agricultural activities.

“We come by the bus provided by the owner. It takes around 2.5 hours for us to reach here. We need to finish all our work at home, and come here at 9 am and work till 5 pm. It gets almost dark by the time we reach home. It is hard work but how can we complain? We get Rs 150 per day,” says 43-year-old Sangeeta, another agricultural labourer who works on the same farm as Parvati.

From being cultivators earlier, more women farmers are turning labourers indicating the growing distress in Indian agriculture where families are finding it difficult to hold on to their lands. The census classifies an agricultural labourer as “a person who works on another person's land for wages in money or kind or share. He or she has no right of lease or contract on land on which she/he works”. Sixty three percent of women in India are agricultural labourers, dependent on the farms of others. In the case of women working on their own farms, it is mainly the men of the house who own the land.

Be it working on their own farms or as labourers on other farms, women continue to be overburdened with work. Gunabai, a farmer who works on her family’s two-acre farm on the outskirts of Pune says, “I have no choice but to work on our farm. I finish all my household work like cooking, collecting water and wood for fuel for which I have to walk long distances, cleaning the house, taking care of my husband and aged in-laws, sending children off to school, and come to the farm by 9 am in the morning. My husband does not help me with any of this. He works on a vada pav stall in the evenings and sits at home the other times. We hire workers for our farm only during the season, otherwise I work on the farm and also sell vegetables. It is such a thankless job, no one realises the amount of time and energy I spend on these,” she says.

There is no limit to women’s contribution in rural farms. Barring ploughing, a major share of agricultural work such as paddy transplanting, weeding, harvesting, sowing, and threshing is carried out by women. Chores like rearing of livestock and poultry, milking, milk processing, preparation of ghee, selling chicken and eggs are also done by women. The graph below shows the activities undertaken by women as compared to men.

Women work for as long as 14-18 hours on an average daily and expend more total energy a day as compared to men. Agricultural activities almost take equal time and energy as household activities. However, in spite of the amount of work they do, women are often paid less than men and women’s participation in household and agricultural decision-making continues to be poor.

Create your own infographics

Most of the activities done by women require constant bending or squatting leaving them with severe pain in legs, neck, hands and back in the long run. Many of the tools needed for work such as transplanting, cleaning, milling, etc. in the fields are not designed for women and have been tested only on men, increasing the risk of injuries, with tetanus being a constant threat. Constant squatting exposes women to frequent miscarriages, infant deaths, and premature births.

“I’ve had a number of abortions but had to worked after that without taking rest. Now, I have severe backache from that and the need for bending constantly is making it worse,” says Sudha, one of the agricultural workers. Tanibai says, “We have to be careful while cutting grass and weeding with sickles. We can get allergies from congress grass, and cuts, bruises and insect bites. Some of us also suffer from fever, headaches and irritation in the eyes apart from neck, back, shoulder and wrist pain.”

Dr Bhalerao who practices in the rural areas of Pune says acidity from inadequate food and water intake and severe headaches from working in the hot sun are some of the health issues farm women face. "Chronic vaginitis and white discharge from contact with fertilisers and pesticides while going for urination in the fields, cervical malignancies due to multiple deliveries and uterine prolapse from lack of adequate rest after deliveries are common among them. Cervical spondylosis from carrying heavy loads such as wood and water on the head and mental illnesses and tensions due to lack of status and opportunities for decision making at the household level are also prevalent,” she says.

Pune-based gynaecologist Dr Joshi says that awkward and poor postures and forceful, repetitive activities often lead to musculoskeletal disorders among farm women. “Over exertion, inadequate intake of food, lack of rest, multiple pregnancies along with anaemia and calcium deficiencies can all lead to aches and pains and fatigue among women. Long hours of squatting also lead to chronic backache or disc prolapse. Constant work involving water leads to arthritis, fungal and parasitic infections,” she says.

Although as high as three-fourths of all women workers in rural India are in agriculture, and many more contribute to it through their unpaid activities, their work continues to be officially unrecognised and they rarely count in discussions on agriculture and farming.

Of the 76 percent of women engaged in farming, only 12.8 percent have rights to land, covering 10.34 percent of the total area of land holdings. Factors like poor literacy, lack of awareness, poor decision-making capacity, limited access to land, etc. prevent women from adopting new technologies and participating in agricultural markets. Although policies and legal frameworks exist, these have failed to challenge existing gender norms and women’s economic-dependence issues.

Seema Kulkarni from SOPPECOM, an organisation in Pune that works on natural resource management in rural areas, says, “In places like Vidarbha which is known for farmer suicides, wives of farmers who commit suicide are driven to penury and desolation with no social or family support. She has no rights on the land and productive resources that she works for; the burden of debt her husband had and the responsibility of her children are on her. The government programmes often do not reach them. Gender-sensitive agricultural policies and laws supporting the livelihood security of women need to be urgently devised to help the farm women.”

Experts believe that women’s independent right to land can be one of the ways to help transform discriminatory social norms that work against them. Building organisational structures that enable women to use their collaborative instincts can also help immensely, informs journalist P. Sainath, an expert on rural issues in India. He quotes the example of a government programme named Kudumbashree launched in Kerala in 1998 that managed to mobilise around four million farm women by organising themselves into more than 47,000 farmers' collectives, known as Sangha Krishi, and empowered them to negotiate and take over unused land. He argues for the need to have more of such efforts in the country.

Despite all the odds, women maintain a different and emotional relationship with their land. Godabai, a widow whose only son has ventured out to the city for a better job says, “I don’t know if my son will continue as a farmer, but I will continue working on my farm till the end. This is a valuable resource you can depend on for food security in times of crisis.”

Suneel Joshi adds, “If we want agriculture to survive in India, we need to acknowledge and respect the contributions made by farm women, value their knowledge and provide them with opportunities to update their skills and build confidence through collective training and capacity-building programmes.”