In today's day and age, digital marketing is a huge business. It allows you to show a side of yourself that customers would otherwise not see. A successful digital strategy is not only about producing content, but also about making sure that the right content is reaching the right people. You might have a great marketing team preparing campaigns that have the ability to break the internet, but if your team doesn't execute those campaigns well, your marketing efforts will be in vain.

Nestle India joined hands with project Nanhi Kali on Teachers' Day with the aim of providing primary education to underprivileged girl children in India. They launched a touching digital film and informative visual content to help build awareness for the cause. They also used Twitter's Periscope to live-stream an interaction with the girls of Nanhi Kali.

Tata Salt was one of the sponsors of the Indian Olympics contingent in Rio 2016. During this time, the brand launched #NamakKeWaastey to build pride, awareness, and respect for our athletes. They profiled four Olympics aspirants and told their compelling stories to the world. These stories beautifully covered what each aspirant had undergone to reach the level they are at today.

Britannia Good Day launched their campaign #SmileMoreForAGoodDay with Bollywood actress Deepika Padukone to spread the simple yet very important message of smiling more often. Good Day spread the word with the help of engaging visuals and social influencers who amplified the new brand philosophy in their own unique style.

Kurkure launched India's first food train in its bid to bond with Indian families. The Kurkure Family Express hosted 40 families over an eight-day journey across India. Popular food enthusiasts Rocky and Mayur entertained the families, and the digital team traveling with the families created real-time content for their digital fans.

Dell India took up the strong initiative of eradicating rote learning from our education system by building awareness about its dangers. The brand celebrated 10th June, 2016 as Anti Rote Day with a micro portal, a digital film, and stunning visuals. They also ran engaging contests that invited users to share their own 'ratta stories'.

In their bid to resonate with a young consumer segment, Budweiser's #BrewedTheHardWay featured real-life passionate singers who've been “brewed the hard way”. A digital film series paid tribute to young folks like fashion designer Masaba Gupta and musician Sahej Bakshi, each of whom embodies the values of ambition and freedom.

Godrej Security Solutions used humour in its content pieces on social media for the launch of India's first personal locker. The brand's digital team designed quirky content in the form of GIFs and visuals that showed compelling reasons to buy the locker.

The above-mentioned seven campaigns made waves in digital media and rightfully so. Keep these takeaways in mind when you start brainstorming for your next campaign, and you're sure to make it a big success.

Read Also: 13 ways you can make digital marketing work for you 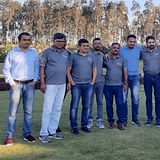