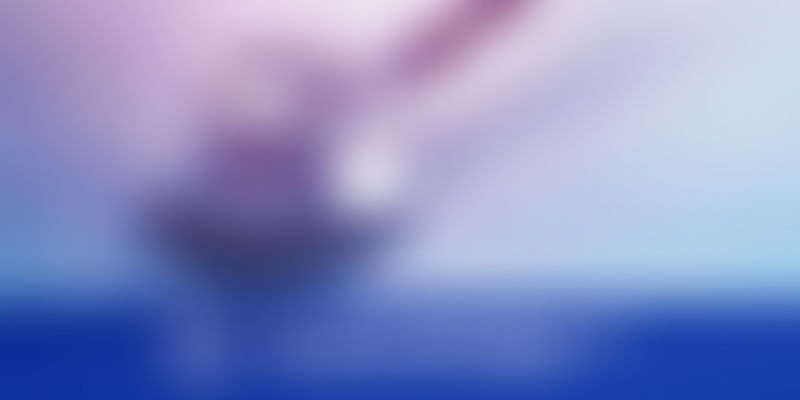 One of the biggest sectors in the startup ecosystem, healthtech is evolving significantly. Amid a government-backed push, the spotlight is now on innovations, including artificial intelligence (AI) and other technology.

Just off the first half of the year, India’s startup ecosystem has seen a whole lot of action on several levels. According to YourStory Research, the first half saw close to $7 billion raised in funding across 455 deals. By comparison, the first half of 2016 had over 552 deals but funding raised was far lower at $2.3 billion.

What is an interesting trend is that while the number of deals is lesser, deal sizes are larger. And this holds true for the healthcare sector as well. YourStory Research shows that there were 99 deals amounting to $161 million in 2016; this year, there have been 55 deals, which have already touched $302 million.

Srini Vudayagiri, of PE firm Peepul Capital, believes that even if Flipkart and Paytm gobbled up close to $3 billion of the $7 billion funding, sectors like healthcare and financial services stood out.

Apart from funding, healthcare has grown a big way this year. Beginning from the budget this year, there seems to be a focus on healthcare. The government’s key areas of focus were access to healthcare, amending drug rules and emphasis on data.

A government-backed push towards healthcare

The funding pumped into the healthcare sector has also seen a shift. While aggregator models for doctors, diagnostic centres and healthcare were key last year, there is a strong focus on specialisation, online pharmacy and data-driven approach this year.

In the budget in February, Finance Minister Arun Jaitley announced that the government has prepared an action plan for poor health. The government is also targeting elimination of tuberculosis by 2025. The budget proposal said 1.5 lakh health sub-centres will be transformed into health and wellness centres.

Stock-taking will take place towards the end of this financial year.

The renewed focus on amending drug rules comes as a relief to many. As of last year, India recorded one of the highest percentages of out-of-pocket expenditure towards medicines.

A report by NSSO stated that over 72 percent of out-of-pocket health expenses were on buying medicine in rural areas while 68 percent was spent in urban areas. For online healthcare companies, this focus on making drugs available at a reasonable price comes as a welcome move.

The online-offline tussle: push towards technology

Prashant Tandon, Co-Founder and CEO, 1mg, an online healthcare startup, says the new drugs and cosmetics rules will ensure availability of drugs at reasonable prices and believes there is a shift towards technology.

“Telemedicine using digital technologies in DigiGaon is another great thought and key to bringing healthcare access to all. We are waiting to see details of the blueprint and how we can participate,” Prashant says.

1mg, which raised additional Series C funding this year, is set to focus on data and AI. However, there still has been an online and an offline tussle. In May this year, offline pharmacies had gone on strike against online pharmacies to speak up against e-portals as mandated by the government. They also wanted to have their views on the central drug act amendment, where the government has mandated the presence of pharmacies in all stores taken into consideration.

This tussle has been on since online pharmacies grew across the country in late 2015 and early 2016.

Prashant, however, believes that over the several years there has been little technology shift in the healthcare ecosystem, but there are now several players bringing in the much-needed technological change in the healthcare space.

“We are at the cusp of a massive change. Data-based and technology-based healthcare is coming of age. I think the next year is going be exciting and the year of healthcare,” Prashant says.

A focus on wellness

By July last year, the healthtech world started seeing a push towards wellness and fitness, especially when Mukesh Bansal and Ankit Nagori’s Curefit raised $15 million in funding led by Kalaari Capital, IDG ventures and Accel partners. This was before they had launched the platform.

This year, even Practo, which started as a SaaS platform and evolved into a doctor consultancy platform, has ventured into healthcare insurance. The startup is now looking at healthcare from a more holistic perspective.

“When we first started in 2007, we had Practo Ray, a SaaS platform for doctors. Our branding and positioning focused on that. But now with us focusing on everything to do with healthcare, whether it is consultations, discovery, record keeping and even insurance, we felt that we needed our brand to reflect that change clearly.”

The GST has started to have a strong impact on the healthcare sector, despite being exempted under GST. However, the consumer will end up spending more in terms of medical bills and hospitalisation costs.

Drugs, disposables and reagents are under the 12 percent GST bracket, and procedures and cost of surgeries are likely to rise.

Sanjay Anandaram, a well-known mentor in the startup ecosystem, believes that like the e-commerce sector, the healthcare sector too will continue to grow and have a significant impact.

“In recent years there seems to be a growing awareness towards a healthy lifestyle, rather than just preventive care. Therefore there needs to be a larger market for this,” Sanjay says.

Keen to know more? TechSparks will shine the spotlight on several more healthtech companies that may well shape the future of business. Click here to get your tickets.